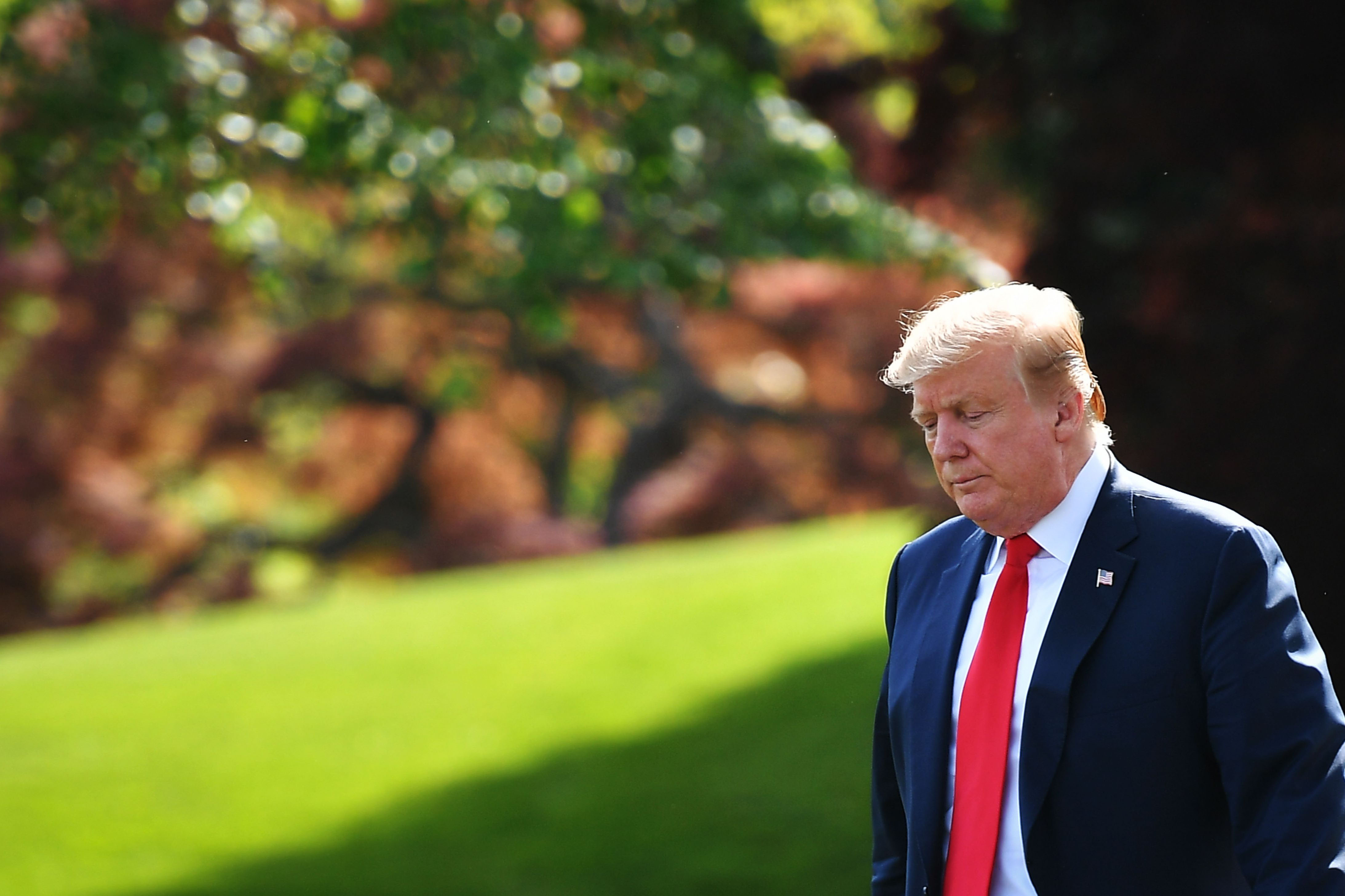 President Donald Trump on Wednesday said he would turn to the Supreme Court if the House of Representatives moves to impeach him, though it is unclear what role the nation’s highest court could play if the president were to seek its help in such a situation.

Trump claimed in a tweet posted Wednesday morning that special counsel Robert Mueller’s report was written by a team biased against him with “unlimited money” for an investigation into Russian interference in the 2016 election. Still, he said, the report “didn’t lay a glove on me.”

“I DID NOTHING WRONG,” Trump said. “If the partisan Dems ever tried to Impeach, I would first head to the U.S. Supreme Court.”

Although Trump claimed he would seek the Supreme Court’s help if the House were to impeach him, the Supreme Court ruled unanimously in 1993 that authority for impeachment trials resides in Congress and ”nowhere else.”

A number of congressional Democrats have called for the initiation of impeachment proceedings against the president following the release of a redacted version of Mueller’s report was released to the public Thursday. The special counsel’s probe found proof of Russian meddling in the 2016 election but did not establish evidence of a conspiracy between the Trump campaign and the Kremlin.

Mueller also did not take a stance on whether the president obstructed justice, but detailed 10 episodes where Trump tried to interfere with the Russia investigation. He wrote that Congress has the authority to conduct its own probes into the president’s actions, a passage fueling much of lawmakers’ chatter about impeachment.

Democratic leaders in the House rejected calls to immediately launch impeachment proceedings, instead pledging to continue the ongoing oversight investigations and refusing to take the possibility of impeachment off the table. Some Democrats have expressed worry that impeachment would only fuel the president’s 2020 reelection campaign, arguing that removing him from office by defeating him at the ballot box next year would be more effective.

On Wednesday, Trump honed in on the constitutional phrase “high crimes and misdemeanors,” the standard for impeachment.

“Not only are there no ‘High Crimes and Misdemeanors,’ there are no Crimes by me at all,” the president said on Twitter. “All of the Crimes were committed by Crooked Hillary, the Dems, the DNC and Dirty Cops – and we caught them in the act! We waited for Mueller and WON, so now the Dems look to Congress as last hope!”

The power of impeachment belongs to Congress and proceedings must be launched in the House, according to the U.S. Constitution. If representatives vote to impeach, the case is tried in the Senate, where the votes of two thirds of the members present is required to remove an individual from office.

Article II, Section 4 of the U.S. Constitution lays out the grounds for removal from office as: “Impeachment for, and Conviction of, Treason, Bribery, or other high Crimes and Misdemeanors.”

The open-ended constitutional provision raises questions about whether Trump’s claim that he has done nothing to merit impeachment holds. Legal experts have long debated how to define “high crimes and misdemeanors,” which some say don’t necessarily correspond to written law. In 1970, then-Rep. Gerald Ford declared: "An impeachable offense is whatever a majority of the House of Representatives considers it to be at a given moment in history."

The U.S. Constitution mandates the chief justice presides over the Senate impeachment trials of the president. Some legal scholars have claimed moves to impeach Trump could further entangle the Supreme Court if proceedings trigger judicial review of the standards for ejecting a sitting president.

The White House did not immediately respond when asked for clarification about the president’s legal strategy if impeachment proceedings were to begin.

Two sitting U.S. presidents — Andrew Johnson and Bill Clinton — have been impeached by the House. Both were subsequently acquitted by the Senate.

Former President Richard Nixon resigned in 1974 after the House Judiciary Committee adopted articles of impeachment against him, which argued that he “prevented, obstructed and impeded the administration of justice” by interfering in the Watergate investigation.