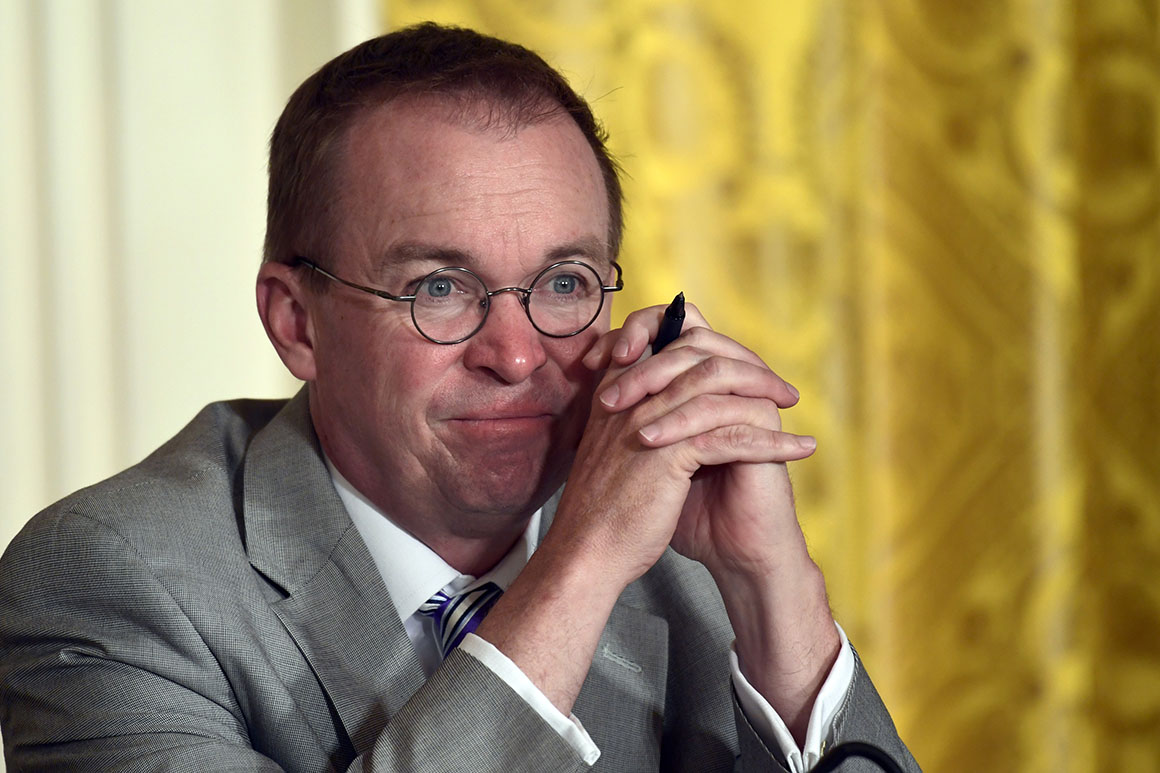 The Times reported that the subject of Russian election meddling was such a sensitive subject for the president that in one meeting the acting chief “made it clear that Mr. Trump still equated any public discussion of malign Russian election activity with questions about the legitimacy of his victory.”

A senior administration official told the Times that Mulvaney said discussing efforts to secure the 2020 election with Trump “wasn’t a great subject and should be kept below his level.”

"I don’t recall anything along those lines happening in any meeting," Mulvaney said in a statement Wednesday, and he said the White House is working to ensure neither Russia nor another foreign adversary interferes in the 2020 vote.

"Unlike the Obama administration, who knew about Russian actions in 2014 and did nothing, the Trump administration will not tolerate foreign interference in our elections, and we’ve already taken many steps to prevent it in the future,” he said.

Election security has taken on greater urgency following special counsel Robert Mueller’s report outlining in detail Russia’s efforts to sow discord and disrupt the 2016 election. Administration officials have said similar efforts to meddle took place before the midterm elections last fall and have warned that Russia is likely to try and disrupt the presidential election again next year.

Others close to the president have downplayed Russia’s interference. On Tuesday, Trump adviser and son-in-law Jared Kushner downplayed the effects of Russia’s efforts in 2016, arguing that the complex operation detailed by Mueller amounted to “a couple Facebook ads” and that the ensuing investigation into possible coordination between Russia and the Trump campaign had been far more harmful to democracy.

And over the weekend, Trump’s personal lawyer Rudy Giuliani appeared to defend the Trump campaign for its interest in hacked emails from the DNC and Hillary Clinton’s campaign chairman, which the intelligence community has attributed to Russia.

In this year’s Worldwide Threat Assessment, intelligence officials cited “intensifying online efforts to influence and interfere with elections here and abroad” as one of the top security threats facing the U.S., and experts have warned that Russia is unlikely to use the same playbook in 2020 that it did in 2016.

Mulvaney outlined some of the Trump administration’s efforts to shore up election security ahead of 2020.

“For the first time in history, state, local, and federal governments have coordinated in all 50 states to share intelligence,” he said, adding that “we’ve broadened our efforts to combat meddling by engaging the Department of Homeland Security, the Department of Justice and the FBI among others, and we have even conducted security breach training drills to ensure preparedness.”