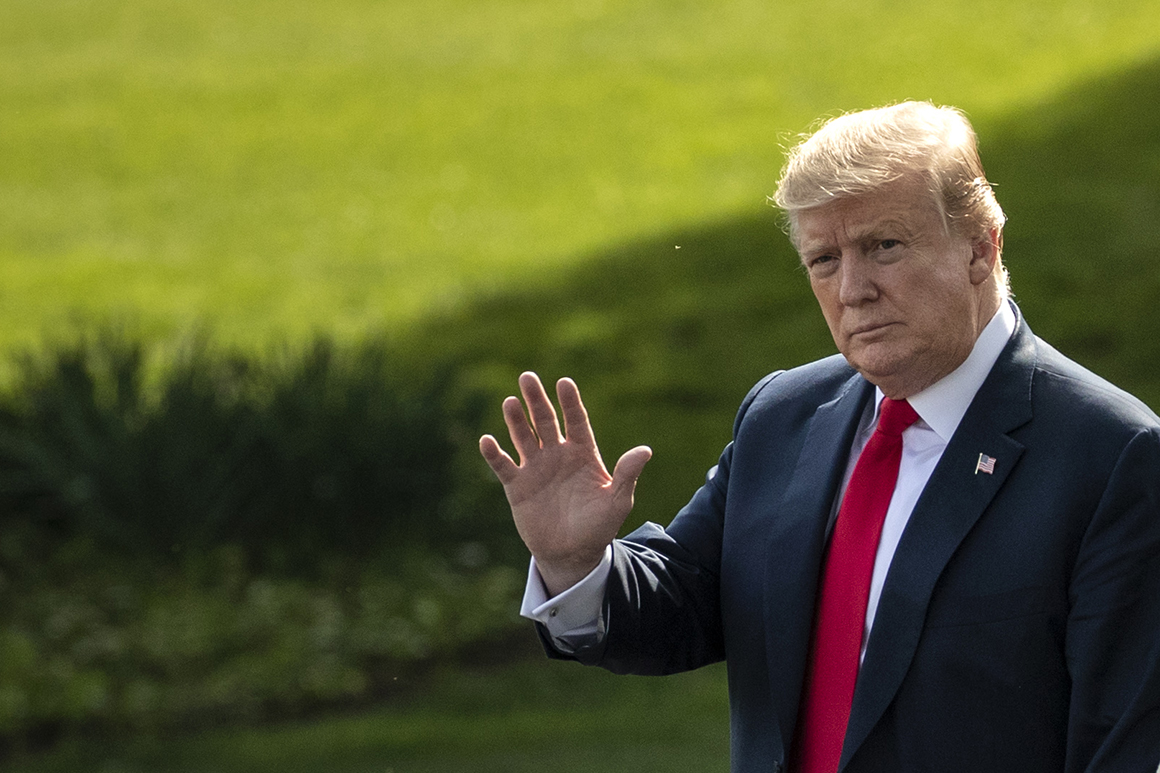 President Donald Trump wrote online Wednesday that "the American people deserve to know who is in this country," breaking with the Justice Department in its defense of Commerce Secretary Wilbur Ross’s efforts to place a citizenship question on next year’s census questionnaire.

The Commerce Department, in defending its efforts to ask everyone in the country next year if they are U.S. citizens, has said the question would be inserted at the request of the Justice Department as part of an effort to better protect voting rights. But Trump on Wednesday offered his own rationale for why the question is needed.

“The American people deserve to know who is in this Country,” he wrote in a post to Twitter. “Yesterday, the Supreme Court took up the Census Citizenship question, a really big deal. MAKE AMERICA GREAT AGAIN!”

Whether or not the citizenship question will appear on the 2020 decennial census form was the subject of arguments Tuesday at the Supreme Court, where U.S. Solicitor General Noel Francisco argued in part that the courts should not meddle in the Commerce Department’s decisions regarding the census. The court appeared divided along ideological lines, with the four liberal justices seeming more skeptical of the government’s arguments while the five conservatives appeared more inclined to accept them.

Civil rights groups, states and cities have challenged the Trump administration’s push to include the question from the get-go, citing Trump’s hardline immigration stance and warning the question could depress the already typically low response rate nationwide among Hispanics to the census. Three federal courts have ordered the proposed question be struck, ruling that the Trump administration failed to follow proper protocols in adding the question, setting up the Supreme Court battle that began playing out Tuesday.

Census Bureau scientists have also suggested that the citizen question could negatively impact the survey’s accuracy, skewing the apportionment of congressional seats as well as the distribution of hundreds of billions in federal funding. Some experts have estimated that the citizenship question could reduce the number of responses by 6.5 million.

The Census Bureau already collects citizenship information through separate surveys, but the administration asserts that inclusion on the decennial census will improve accuracy. Opponents of the question’s inclusion, however, argue that the administration’s push is politically motivated because it would result in diminished political power in communities with strong immigrant populations, areas of the country that tend to vote for Democrats.

At the heart of the issue before the court is how the citizenship question came to be added to the survey and whether Ross, whose department is in charge of conducting the census every 10 years, had flouted experts’ advice while circumventing administrative review processes and been dishonest about the administration’s motives for reinstating the question after nearly 70 years.

The commerce secretary testified before Congress that he added the question “solely” at the request of the Justice Department so they may better enforce the Voting Rights Act and protect minority rights. But internal communications and memos that have surfaced amid a hail of lawsuits over the question contradict Ross’ account, showing he had been in contact with immigration hardliners like former Kansas Secretary of State Kris Kobach and then-White House chief strategist Steve Bannon over the question, and had nudged DOJ to request the question.