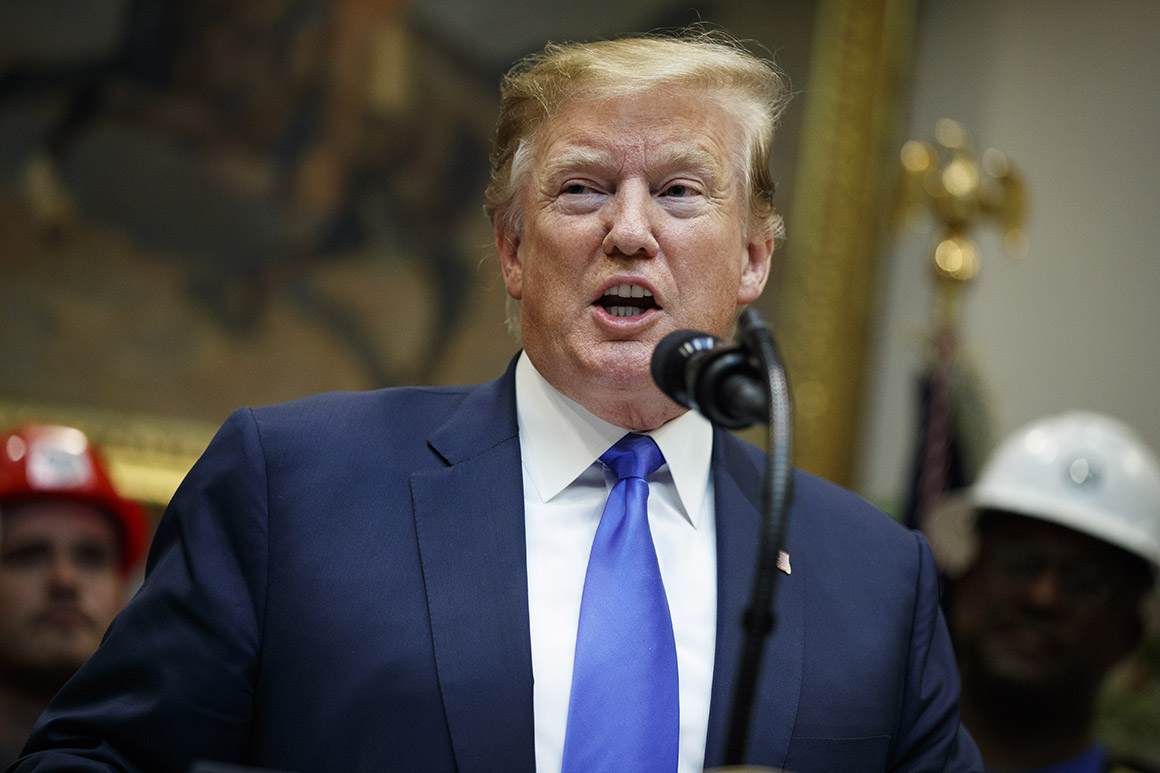 This story is being published by POLITICO as part of a content partnership with the South China Morning Post. It originally appeared on scmp.com on April 15, 2019.

U.S. President Donald Trump is expected to attend the final day of the Summer Grand Sumo Tournament in Tokyo in late May and may be granted the honor of awarding the Emperor’s Cup to the victorious wrestler.

The White House has requested front-row box seats at the Ryogoku Sumo Stadium on May 26, the final day of the two-week tournament, and the Japan Sumo Association is making preparations for the visit.

Those preparations will include ensuring security for the president and his party while they are in the stadium that is at the heart of Japan’s national sport. Unless modifications are made to the boxes, the U.S. president will sit on the floor in a space about 1.3 meters square and about 5 meters from the raised clay “dohyo” where the wrestlers fight.

Japanese Prime Minister Shinzo Abe is also expected to attend the final day of the tournament, which will take place on the first day of Trump’s three-day visit to Japan.

A number of Hawaiian wrestlers have in the past risen to the highest ranks in this ancient and highly ritualized sport, although there are no Americans presently in the top levels of the sport and in with a chance of lifting the trophy.

Trump and Abe may also be joined at the event by the new emperor and empress of Japan as they traditionally attend one day of each tournament in Tokyo, although the emperor has his own box.