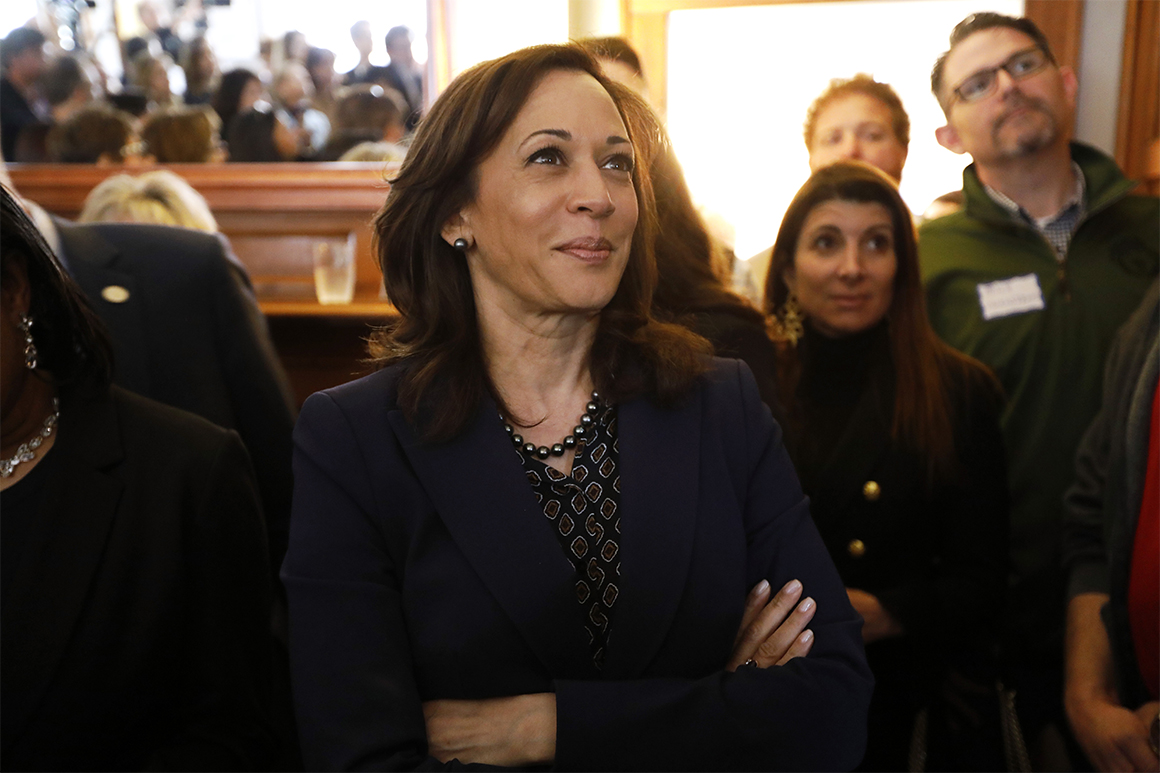 Sen. Kamala Harris is making inroads with elected officials and leaders in South Carolina ahead of her fourth visit to the crucial early-voting state this week — snagging the much-sought endorsement of former state Rep. Bakari Sellers on Monday.

Sellers, who is from Denmark, S.C., will campaign with Harris and formally announce his support for the California Democrat during a Saturday town hall at South Carolina State University in Orangeburg. She is returning to the state on Friday for a town hall at Winthrop University in Rock Hill.

Harris has made early investments in the state given its central role in her fight for the nomination. Ahead of her presidential announcement — and before she and top surrogates began holding events across the state — Harris attended a gala for the nation’s oldest black sorority, Alpha Kappa Alpha Sorority, Inc.

Nearly 4 in 10 voters in the last Democratic presidential primary in the state were black women — and Harris has been working to lock down local endorsements, including from state Rep. Pat Henegan of Marlboro; Berkeley County Democratic Party Chair Melissa Watson and Marguerite Willis of Florence, an attorney and former gubernatorial candidate.

Sellers, who is joining state Sen. Darrell Jackson, Rep. JA Moore and the others as a co-chair for Harris’ South Carolina campaign, touted Harris’ focus on rural communities, and her early platform centered on raising teacher pay, addressing the maternity mortality crisis and supporting historically black colleges and universities.

“These issues hit home for me,” Sellers said, “and Kamala has repeatedly offered clear solutions for each one, proving there is no problem or person too small to be heard.”

Competition for South Carolina surrogates is heating up.

South Carolina is getting another crush of candidates this week, including Vermont Sen. Bernie Sanders, who will appear at a Thursday town hall meeting in Spartanburg. Sanders’ event, hosted by the Black Legislative Caucus, will focus on education, criminal justice reform and the record expungement. He is holding a rally Friday in Greenville.

Harris’ trip weekend swing also includes headlining an event with the Orangeburg County Democratic Party and a meeting with faith and community leaders in Holly Hill. She then attends Easter Sunday church service at Bible Way Church in Columbia.