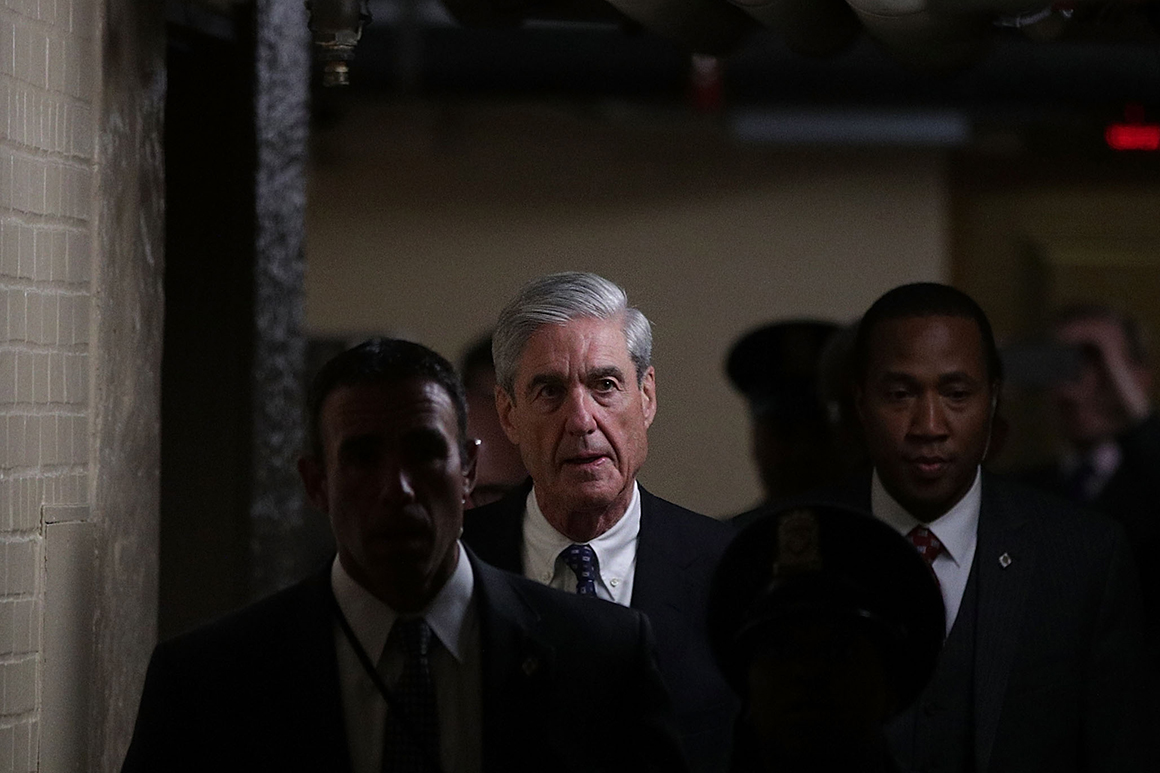 A federal judge on Tuesday denied a request from a First Amendment advocacy group to quickly get special counsel Robert Mueller’s report and his underlying materials via the Freedom of Information Act.

U.S. District Court Judge Reggie Walton said in his ruling from the bench that he understands the public clamor to see Mueller’s findings on Russian interference in the 2016 presidential election. But he explained that the lawsuit filed by the Electronic Privacy and Information Center didn’t meet the threshold requirement for him to make such an extraordinary emergency move.

“I can appreciate this is an extremely important subject matter to the nation,” said Walton, a senior judge appointed by President George W. Bush.

Walton’s hearing to address EPIC’s request started a half hour before Attorney General William Barr began testifying before a House Appropriations panel where he pledged to produce the final Mueller report “within a week.”

During the court session, DOJ trial attorney Courtney Enlow told the judge she didn’t know Barr’s timeline for the release of the Mueller report but explained that the department was “well along” in the process of reviewing and redacting its sensitive contents.

Enlow urged Walton to stick with a process that the government had already established to deal with the FOIA request later this month after the Mueller report had been sent to Congress. “The world will likely be very different at that point,” she said.

EPIC attorney Alan Butler argued that its request for a court injunction to quickly gain access to the Mueller report, as well as to executive summaries the special counsel’s team had prepared and other materials dealing with offshoot referrals for civil actions beyond the Justice Department, was needed to inform the public ahead of a series of congressional hearings on the Russia investigation.

“Time really is of the essence,” Butler said. “This process needs to begin as soon as practicable.”

Enlow replied by spelling out DOJ’s plan to submit its next response in the FOIA case by April 25. “We’re not talking about months and months here,” she said.

Walton affirmed the schedule and also set a May 2 status hearing.

FOIA requests are piling up at DOJ over the Mueller report and other materials tied to the probe. Walton during the hearing said he had just been assigned another lawsuit from a different judge dealing with the special counsel’s findings, and Enlow also said there are about 10 other cases that have been granted expedited review that also are already in litigation.

In a filing last Friday, DOJ told the court it was processing 415 requests dealing with the Mueller probe, with 198 of them coming on or after Barr told lawmakers on March 22 that the special counsel was finished with his 22-month investigation.