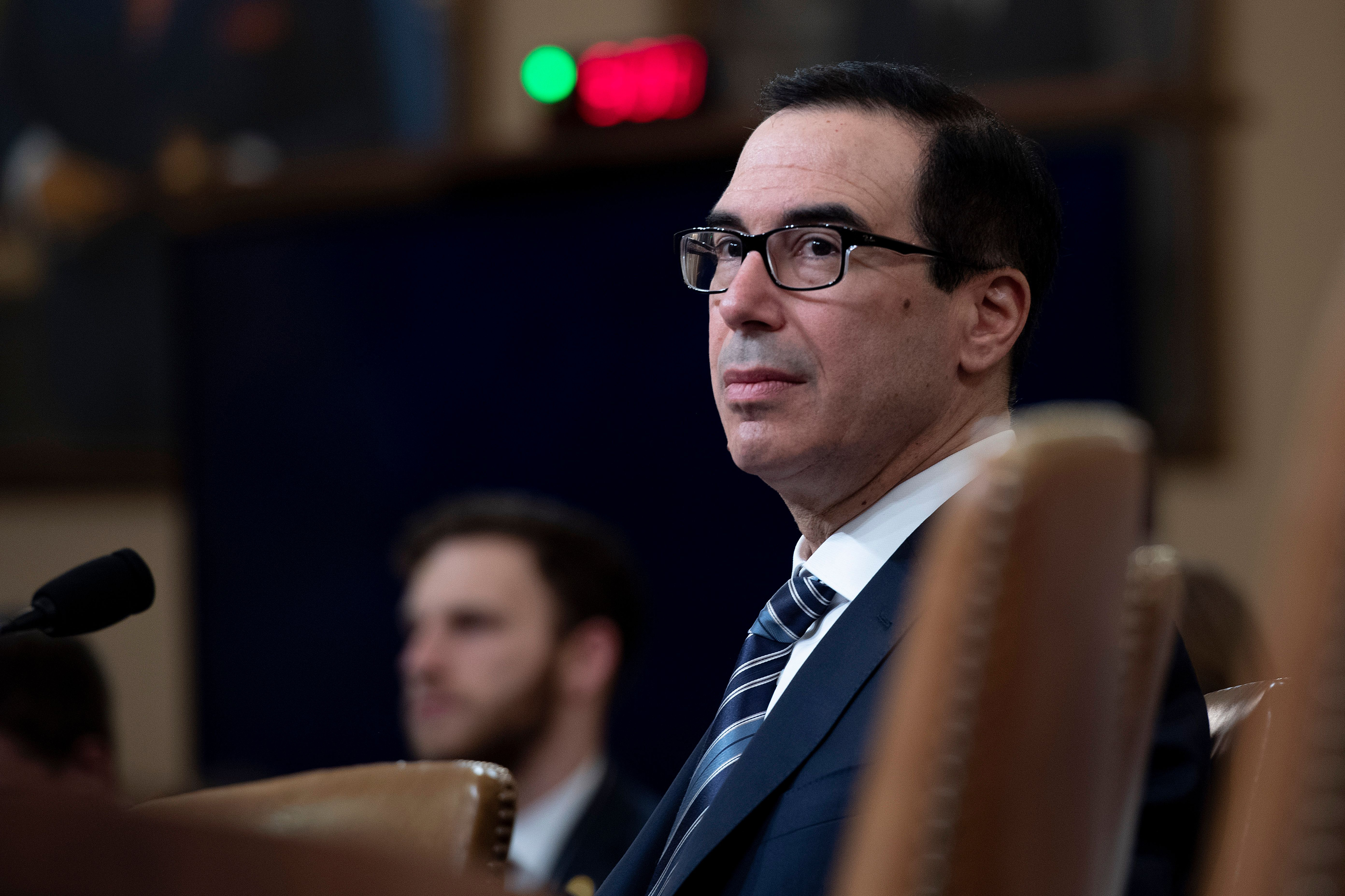 “It is being reviewed by the legal departments and we look forward to responding to the letter,” Mnuchin told House appropriators, referring to a letter from Ways and Means Chairman Richard Neal (D-Mass.) demanding the returns by Wednesday.

Mnuchin, in his first public remarks since Neal sent the letter April 3, said he hasn’t spoken to Trump or acting White House chief of staff Mick Mulvaney about Neal’s letter, adding that he personally hasn’t had any communications with anyone at the White House since Neal sent it. But Treasury’s legal department had conversations about the issue with the White House general counsel prior to receiving the letter, Mnuchin said.

But the administration has made no secret of its intention to fight the demand. Trump has said he won’t fork over the documents since he remains under audit, his personal lawyers have questioned the legal legitimacy of Neal’s request and Mulvaney said Democrats would never see Trump’s tax returns.

Mnuchin wouldn’t say what exactly Treasury’s lawyers are reviewing when pressed by Rep. Mike Quigley (D-Ill.), who wanted to know how Mnuchin could decide whether or not to hand over Trump’s tax returns when tax matters are delegated to the IRS commissioner from the secretary.

“This is not a delegation that’s easily revocable,” said Quigley, the chairman of the House Appropriations Financial Services Subcommittee.

Commenting on the specific scope of the legal review would be premature, Mnuchin said.

“The law calls for a request to me,” Mnuchin said. “As you said, there is a tradition of delegating certain responsibilities. I would just comment that it is my responsibility to supervise the commissioner.”

Republicans said Democrats have no policy basis for demanding the returns, which is likely to be an issue raised by the administration in an expected court battle over the request.

"We all know this is a political stunt by the majority," said Rep. Tom Graves of Georgia, the top Republican on the subcommittee.

Neal ordered IRS Commissioner Chuck Rettig to turn over the last six years of Trump’s personal tax returns, as well as six years’ worth of certain business tax returns from the president, including his revocable trust and four holding companies that Ways and Means attorneys believe collectively own all the interests in hundreds of Trump businesses.

Rettig is expected to face a similar grilling by the subcommittee when he appears Tuesday afternoon to testify on the proposed IRS budget for next fiscal year.