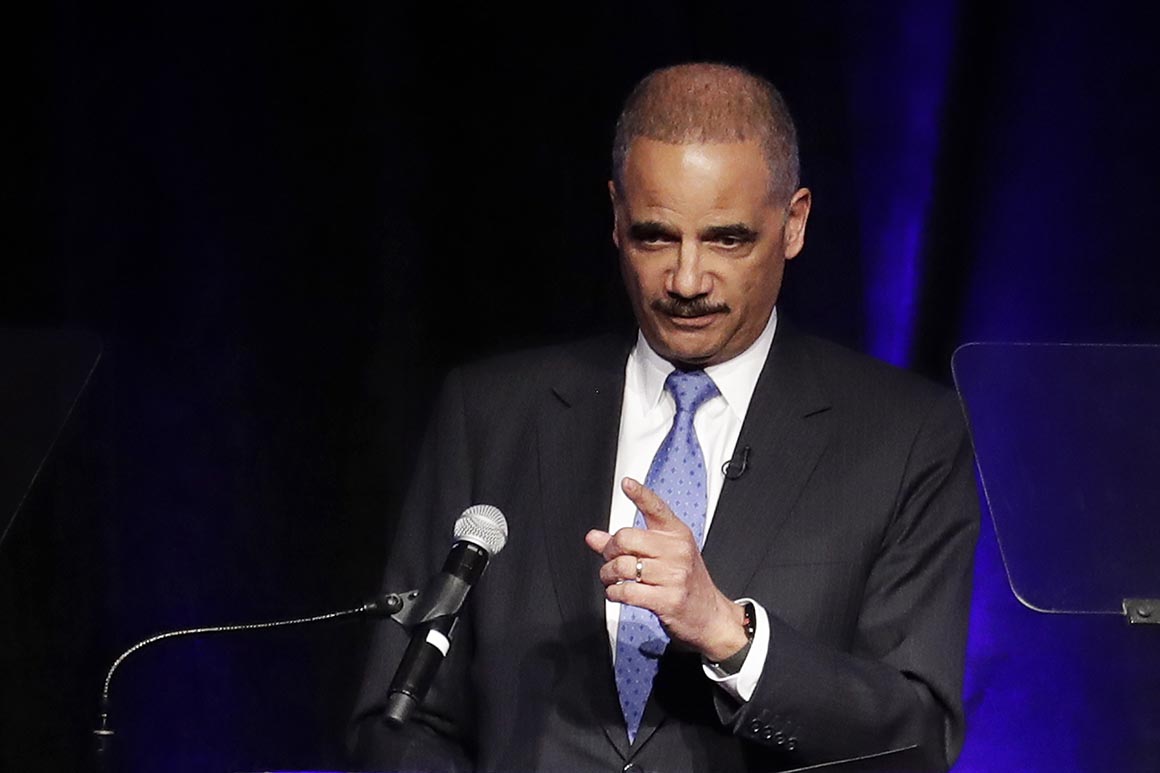 Former Attorney General Eric Holder says a shock loss in Wisconsin earlier this month should be “a wake-up call” for Democrats that the Midwest hasn’t abandoned President Donald Trump’s GOP despite the midterm election results — and that the party needs to refocus on redistricting or risk crippling the next Democratic administration.

Holder, the chairman of the National Democratic Redistricting Committee, said “it felt a little lonely” when he went to Wisconsin to campaign for the liberal judicial candidate who lost in April, and he called on the Democrats running for president to draw attention to other races up and down the ballot over the next two years to fuel a rebuild of the Democratic Party.

A win by the Republican-backed state Supreme Court candidate in Wisconsin ensured that conservatives will hold a majority on the court for the next several years, with potential ramifications for how the state’s political maps are redrawn in 2021.

"This is something that candidates need to talk about, out of concern that if you win and you got a gerrymandered House of Representatives — we’ve seen that picture before," Holder said in an interview with POLITICO. “We’ve seen what that looks like: a progressive trying to deal with a gerrymandered House and a Republican Senate. So they need to engage more."

Holder is considering launching a pledge for Democratic presidential candidates to sign, promising to focus on redistricting and building the party up and down the ballot. The pledge is still in its early stages: The NDRC is still conducting research and surveying voters to gauge their feelings about redistricting and its role in the next campaign cycle.

Democrats’ other preparations for the next round of redistricting was a mixed bag last month: Though they lost the Wisconsin race, the party notched a provisional win in Michigan when a panel of federal judges in Michigan threw out GOP-drawn congressional and state legislative maps, calling them unconstitutionally gerrymandered. The judges ordered the maps redrawn by August 1 — but the ultimate outcome depends on pending Supreme Court rulings in other gerrymandering cases.

In 2019, the NDRC is focusing its efforts on Kentucky and Louisiana, where there are gubernatorial elections, and Virginia, where Democrats could flip both state legislative chambers.

Other Democrats involved in the redistricting fight are sharing some of those targets. In Virginia, former Gov. Terry McAuliffe — who helped spearhead the DGA’s “Unrig the Map” redistricting program — said he would focus on helping Democrats win control in the state rather than running for president.

In an interview with POLITICO, McAuliffe noted that Democrats just need one seat to win the Senate and two seats to win control of the general assembly.

"Virginia’s future for the next ten years is on the ballot this November," McAuliffe said. "So this is a clarion call, that’s why I’m doing what I’m doing in Virginia."

Looking ahead to 2020, the NDRC and the new Grassroots Redistricting Project — a partnership between the progressive groups Swing Left, Run for Something and Arena, is focused on flipping state legislative chambers in nine states where Democrats could either gain full control of the redistricting process or earn a veto point over proposed maps. They will invest in Florida, Georgia, Minnesota, New Hampshire, North Carolina, Ohio, Pennsylvania, Texas and Wisconsin over the next year and a half.

"This is not low hanging fruit," Holder said. But Democrats “need to focus more time and resources on down-ballot races,” he continued, citing Wisconsin’s court race.

“That’s an indication that Republicans are still prepared to spend a lot of money on these races, even in a spring off-year election with a flawed candidate," Holder said. "That’s a wakeup call. The notion the ‘blue wall’ has been put back into place — there’s cause for optimism, but it’s not done."