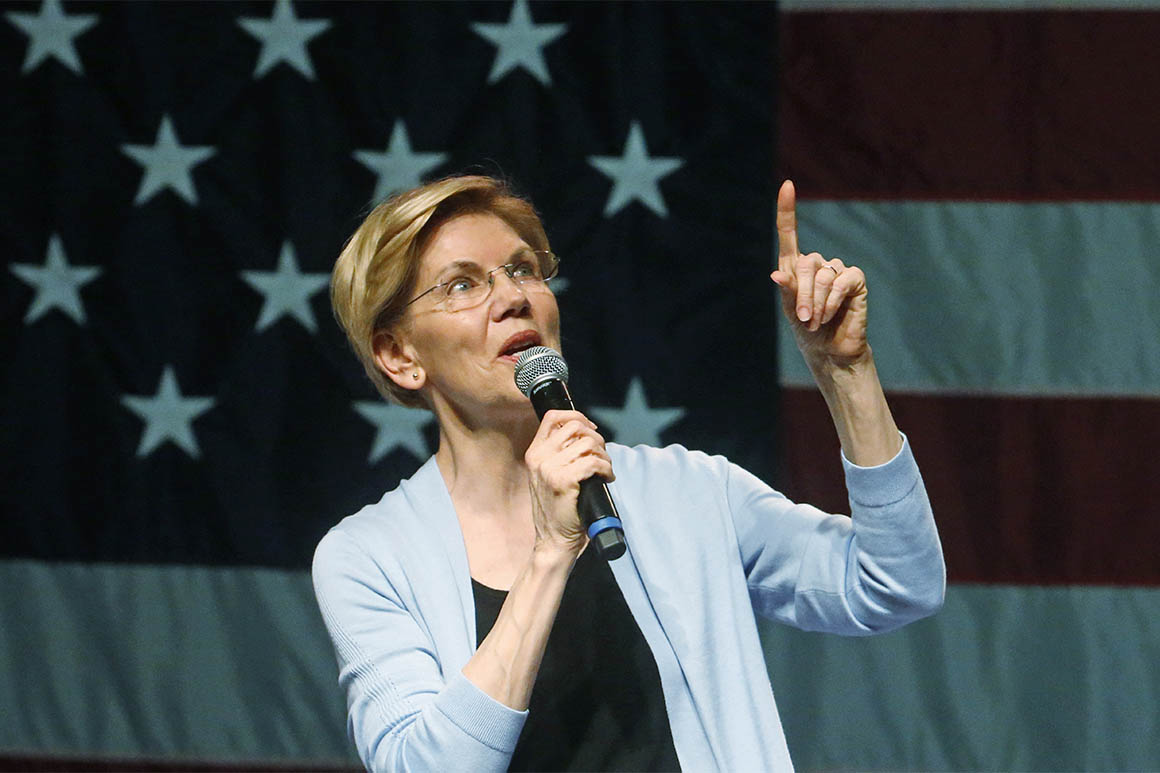 The Massachusetts Democrat laid out the policy in a lengthy Medium post ahead of a series of youth-centered CNN town halls Monday evening with fellow 2020 presidential candidates at Saint Anselm College.

“It’s a problem for all of us,” she said of the massive amount of debt carried by students, which has reached more than $1.5 trillion and affects more than 40 million Americans. “It’s reducing home ownership rates. It’s leading fewer people to start businesses. It’s forcing students to drop out of school before getting a degree.”

Warren couples the student debt forgiveness with a proposal to eliminate tuition and fees at all two-year and four-year public colleges. She presents the proposals as working in tandem: First, eliminate much of the student loan debt and then restructure the system to ensure that such debt doesn’t accumulate again.

“Once we’ve cleared out the debt that’s holding down an entire generation of Americans, we must ensure that we never have another student debt crisis again,” she wrote.

Warren’s Medium post — a spokesperson for her campaign did not respond when asked if the plan would soon be introduced as legislation — also proposed changes aimed at closing the racial wealth gap. That includes a prohibition on public colleges using an applicant’s criminal history or citizenship status in its admissions decisions and a $50 billion fund for historically black colleges and universities and minority-serving institutions.

Her structural changes to tuition and fees are similar to free-college proposals that fellow presidential candidate Sen. Bernie Sanders (I-Vt.) ran for the White House on in 2016. But Warren’s proposal on existing student loan debt goes beyond that of Sanders, whose 2017 College for All Act called for loan refinancing.

The call for canceling hundreds of billions of dollars in outstanding student debt is the latest instance of Warren finding spots to run to the left of Sanders and ways to potentially entice progressive voters who voted for the self-described democratic socialist in 2016. The Vermont senator, who will also participate in Monday night’s forum in New Hampshire, continues to easily lead Warren in the polls and fundraising.

In recent months, Warren distinguished herself from Sanders with calls to abolish the Senate filibuster and the Electoral College, as well as first endorsing a long-standing House bill to study reparations for slavery.

In January, she also called for an “ultramillionaire tax” that would annually tax wealth above $50 million an extra 2 percent with an additional 1 percent tax on wealth over $1 billion. Sanders has also called for taxing the wealthy but he has not called for a similar “wealth tax.” Warren intends to pay for her high-cost education proposals — which she estimates will cost $1.25 billion over the next decade — as well as a recent child care overhaul through this tax.

While Warren’s campaign has been in the middle of the pack in raising money and polling, she has set the pace on policy. Her steady clip of far-reaching overhauls on everything from trust-busting big tech companies to establishing a government agency to produce generic pharmaceutical drugs has been a centerpiece of the senator’s candidacy.

It is part of a pitch to convince voters that she is the most serious and prepared candidate to face off against President Donald Trump despite lingering concerns about electability after the handling of her past claims of Native American ancestry.

Warren has been trying to turn her biography into an asset instead, regularly interweaving it with her policy proposals. “Higher education opened a million doors for me,” she wrote in her Medium post. “It’s how the daughter of a janitor in a small town in Oklahoma got to become a teacher, a law school professor, a U.S. Senator, and eventually, a candidate for President of the United States.”