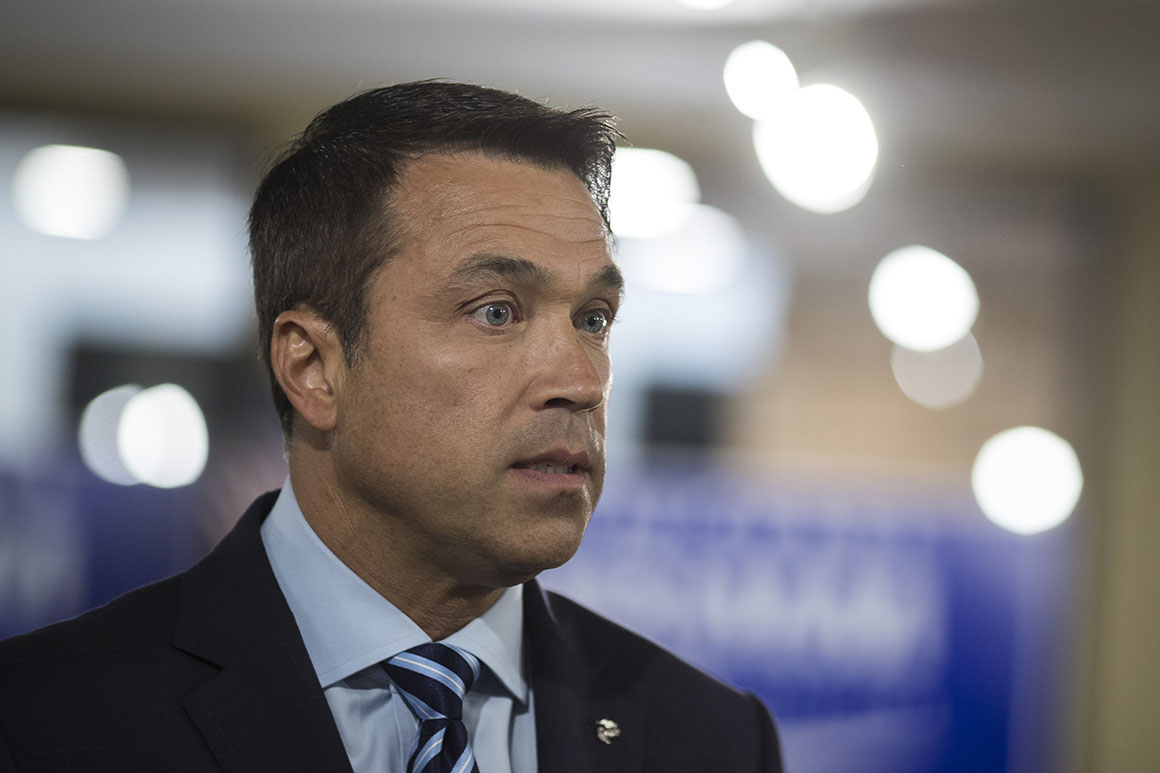 Michael Grimm schmoozed with former colleagues on the House floor Wednesday, eager to make his case for why he’s the best GOP candidate to win back a highly competitive New York City congressional district next year.

Grimm, the former congressman who resigned after pleading guilty to felony tax fraud, told POLITICO last month that he’s “90 percent of the way” to running for his old, Staten Island-based seat. But he faces an uphill battle in convincing House Republicans in D.C. that they should back him as the GOP’s nominee to take on freshman Democratic Rep. Max Rose.

Grimm stressed that the grassroots support is behind him and told McCarthy that some in Washington are not doing their homework on the local dynamics of the race, according to a source with knowledge of the meeting.

“McCarthy always believes that the power rests with the constituents of the district to choose their representatives,” McCarthy spokesperson Matt Sparks said in response to questions about the meeting.

Malliotakis, who announced her candidacy in January, has spent the first few months locking down support from GOP power-brokers. In addition to McCarthy, she received contributions from New York Reps. Elise Stefanik and Lee Zeldin. Rep. Susan Brooks (R-Ind.), who oversees recruitment of the National Republican Campaign Committee, also donated to Malliotakis’ campaign.

But multiple local GOP officials expressed irritation with national Republicans for jumping into the race so early and picking a candidate they think could lose to Rose.

“That’s nice that Washington is deciding what we should have over here,” quipped Art Cappabianca, the former GOP Staten Island district leader. “Don’t tell me who I should or shouldn’t vote for. I kind of resent that.”

Party officials on Staten Island are worried about the positions Malliotakis took during her 2017 run for New York City mayor against Bill de Blasio, including her comments that she regretted voting for Trump.

“I’ve known Nicole for a long time,” Zeldin said, but added that he hasn’t had conversations with people on the ground in the district, which went for Trump in 2016 by 9.5 points. “I’d be interested to know what the full story was as far as exactly where the support is."

“We want to get that seat back," said Collins, who is under indictment on securities fraud as part of an alleged insider-trading scheme and is awaiting a trial next year. "He’s very well-respected."

A 2020 campaign would be Grimm’s second comeback attempt. After resigning in 2015 and serving less than a year in prison, Grimm challenged then-GOP Rep. Dan Donovan in a primary last year. But Grimm’s campaign failed to gain traction after President Donald Trump endorsed the incumbent Donovan, who went on to lose to Rose in last November’s Democratic wave.

Grimm and Malliotakis aren’t the only two Republicans eyeing the race. A potential third candidate, city councilman Joe Borelli, is expected to announce a bid for city public advocate this fall. The run doesn’t necessarily run him out for a House bid, however.

Rose, an Army veteran who is very aware of his status as a top target of the GOP in 2020, responded to Grimm’s visit to the Capitol: “Was sorry I missed him! I would’ve loved to catch up.”