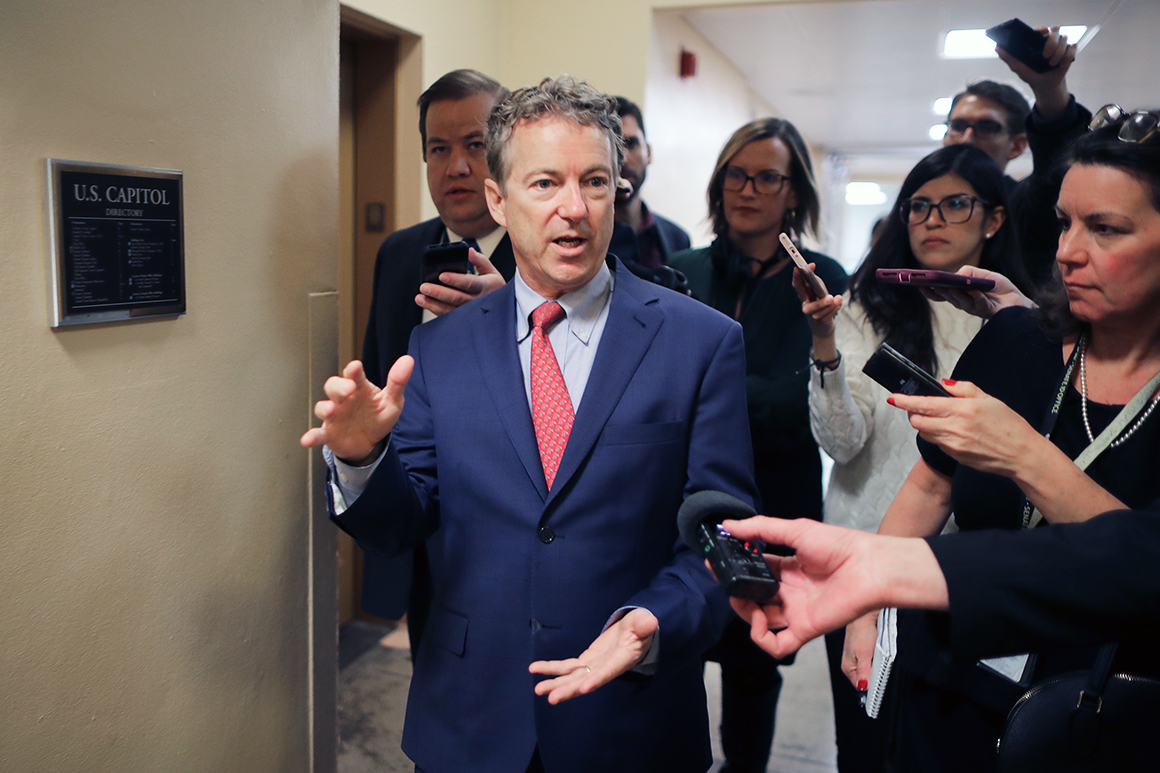 What do Rand Paul, Alexandria Ocasio-Cortez, Mike Lee and Ilhan Omar have in common? They are all teaming up to offer President Donald Trump rare bipartisan praise from conservatives and liberals alike for his withdrawal from Syria.

The Kentucky GOP senator, New York Democratic congresswoman and 10 other members of both parties wrote Trump on Wednesday to offer "bipartisan support of your announcement of the start of a ‘deliberate withdrawal’ of U.S. military forces in Syria," according to a letter sent to the president. The group of lawmakers declares that the U.S. presence in Syria is in "violation of the Constitution" because Congress never approved it and also urges Trump to wind down the war in Afghanistan.

"It is long past time to rein in the use of force that goes beyond congressional authorization, and we look forward to pursuing this longstanding bipartisan objective with your administration," the bipartisan group told Trump. "We hope this will serve as a model for ending hostilities in the future — in particular, as you and your administration seek a political solution to our involvement in Afghanistan."

“He tells me in no uncertain words that his position has not changed” on Syria, Paul said. "The foreign policy swamp, they want to stay everywhere forever … I don’t think anybody’s changing Trump on these things."

Trump has backed off his plans for Syria somewhat in recent weeks, with the administration leaving a stabilizing force there as the U.S. withdraws. But Paul said Trump will ultimately follow through on his promise.

The bipartisan movement represents one of the few areas of aisle-crossing in Trump’s Washington. The left and right have been advocating for years now that Congress needs to rewrite authorizations of military force and stay out of conflicts that aren’t authorized by Congress, including a resolution that will remove the U.S. presence from the civil war in Yemen expected to be vetoed by Trump this month.

Paul said he is continuing to press the president on Afghanistan, making the pitch that there could be a political advantage to pulling out as he approaches the election.

“Something that would have electoral implications if he was able to end the war in Afghanistan," Paul said. “Public sentiment is with him."