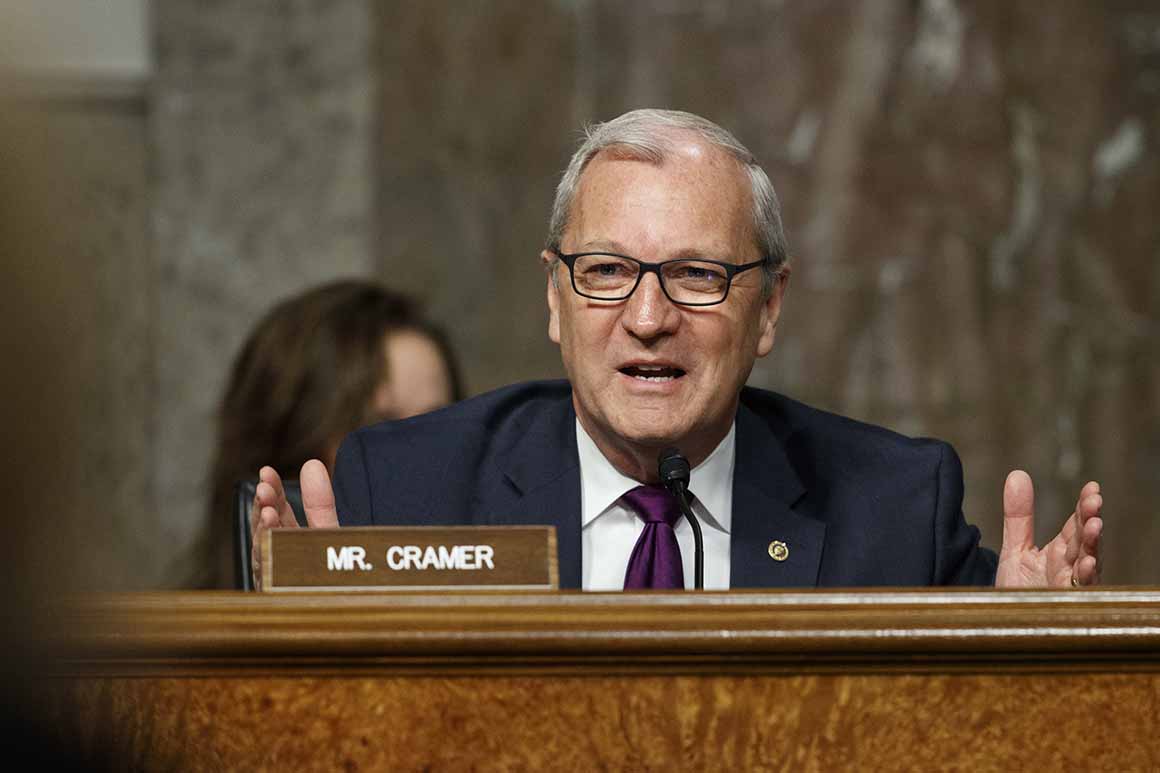 Republicans have long straddled a fine line when it comes to Robert Mueller — laying off the special counsel’s investigation while being careful not to draw the ire of President Donald Trump.

With the revelation that Mueller challenged Attorney General William Barr’s handling of his report into Russian interference in the 2016 campaign and allegations that Trump obstructed justice, congressional Republicans are overwhelmingly siding with Barr over Mueller, a former FBI director who’s long been seen as a paragon of virtue on both sides of the aisle.

“None of it surprises me anymore. These guys, whether it’s Jim Comey or Robert Mueller or whoever it might be, their egos, their feelings seem to get hurt so easily,” said Sen. Kevin Cramer (R-N.D.). “[The letter to Barr] did irritate me. I suppose it slightly irritated me that Mueller felt compelled to have to do that because his feelings are hurt.”

“I’m dissatisfied with Mueller,” said Sen. Ron Johnson (R-Wis.), who criticized the special counsel for not investigating the FBI’s role in the 2016 election and for punting to Barr on the question of obstruction. “He’s the one that should have made the prosecutorial decision and he didn’t, and he forced that on Attorney General Barr. And Attorney General Barr did his job.”

Democrats reveled in the clash between Mueller and Barr. As Senate Minority Leader Chuck Schumer put it on Wednesday: “What a stunning indictment of the attorney general, whose principal job in all of this was to make sure — to make sure — that he wasn’t mischaracterizing or spinning results.”

But a growing number of Republicans say the special counsel’s gripes about Barr are an attempt to revise history and unwind the news coverage that allowed Trump to proclaim there was “no collusion, no obstruction.” Barr’s summary of the report and his press conference previewing it softened Mueller’s most explosive writings and avoided some of the most damaging anecdotes, such as Trump trying to fire Mueller and get former Attorney General Jeff Sessions to recuse himself.

In a March letter to Barr made public Tuesday, Mueller complained that Barr “did not fully capture the context, nature, and substance” in his summary. Barr said on Wednesday at a heated Senate Judiciary Committee hearing that at that point, the report was his “baby” and it was up to him to handle its release.

Even as Democrats began rallying around demands for Barr’s resignation, GOP senators that have long defended Mueller’s probe locked arms around Barr and cast aside Mueller’s critique as merely Monday-morning quarterbacking.

“As a practical matter, if you’ve got a 400-page report and you’re issuing a four-page letter, you’re going to leave stuff out,” said Sen. John Cornyn (R-Texas). Mueller “should know better.”

Senators who met with Trump later Wednesday afternoon said he discussed Barr’s performance in passing at a meeting on maritime laws.

Sen. John Kennedy (R-La.), said Trump "thought Barr did a good job and he thought Lindsey [Graham] did a good job… and he feels like he’s been wronged.” Sen. Bill Cassidy (R-La.) added that Trump expressed sympathy for the “the young people that had come here hoping to serve our country [that] got swept up in this investigation and left with hundreds of thousands of dollars of legal debts," despite doing nothing wrong.

The remarks are a clear signal that Barr is in the good graces of the president, while Mueller remains reviled.

And though Republicans treaded carefully in their criticisms of Mueller Wednesday, the episode marked a turning point for the GOP as many of them left his corner. The shift suggests hardening partisan divisions over Mueller now that the Russia probe is over, and Republicans can’t be accused of attacking an ongoing investigation.

And with the fight over the Mueller report heating up and Democrats weighing a push to impeach Trump, GOP lawmakers haven’t struggled with which side to pick in the Barr vs Mueller battle.

Rep. Tom Cole (R-Okla.), who has been more subdued in his criticism of the Russia probe than some of his House GOP colleagues, said he was “furious” to learn that Mueller declined to review Barr’s summary yet felt the need to write a letter to Barr complaining about the memo.

“If he wanted to do something, he should have either indicted or said he would have indicted, but he didn’t. So now, to worry about how it is characterized, strikes me as petty and peevish,” Cole said. “He’s doing exactly what Comey did [to Hillary Clinton] that all the Dems hated.”

"[Barr’s] totally transparent… He didn’t have to release the report. Regulations don’t require that and the conclusion of the report was no crime was committed. So what more can he do,” said Sen. Chuck Grassley (R-Iowa).

Grassley and other top GOP lawmakers further argued that Mueller’s letter is now being misinterpreted by Democrats and the media and that Mueller didn’t dispute any factual elements in Barr’s summary.

Many of Collins’ House Republican colleagues have long been critical of Mueller and some claimed vindication on Wednesday.

Rep. Mark Meadows (R-N.C.)., one of Trump’s top allies on Capitol Hill, called the leaked letter as “nothing more than a diversionary tactic” for Democrats. Rep. Warren Davidson (R-Ohio.) said “Mueller seems to want his report to become taxpayer funded opposition research to preserve the partisan attacks on POTUS.”

Even Barr made clear his discomfort with Mueller’s letter, which he called “a bit snitty” and possibly written by a Mueller staffer.

Sen. Susan Collins was the rare GOP official to see both sides of the story.

The Maine Republican thought Mueller was on to something by arguing Barr should have released more and faster: “When I read the executive summaries and the index and the introductions of both volumes, I thought: ‘Gee, this is a pretty good summary and wondered whether it should have been put out.’”

Yet Collins could find no fault with Barr’s handling otherwise, arguing he was caught in a difficult position.

“It would have been easier or clearer if the special counsel had made a prosecutorial decision one way or the other on the obstruction issue as he did on the conspiracy issue,” Collins said. “But the bottom line conclusions that [Barr] reported are accurate.”

Yet the past 24 hours clearly raised new questions for lawmakers, with some Republicans wondering if Mueller should now testify before Congress — an event that would relegate Barr’s Wednesday hearing to merely an opening act.

House Judiciary Chairman Jerry Nadler (D-N.Y.) has already demanded Mueller testify before his committee, but the special counsel appears unlikely to make an appearance in the GOP-controlled Senate.

Kennedy said he’d be open to Mueller testifying if he was reconsidering his findings.

“The overarching concern I have is very simple: Has Bob Mueller changed his conclusions in his report?” Kennedy asked . “If he has, then he needs to step up and tell us why.”

Graham, the Judiciary Committee chairman, has other ideas.

“This is over,” he said after the hearing.