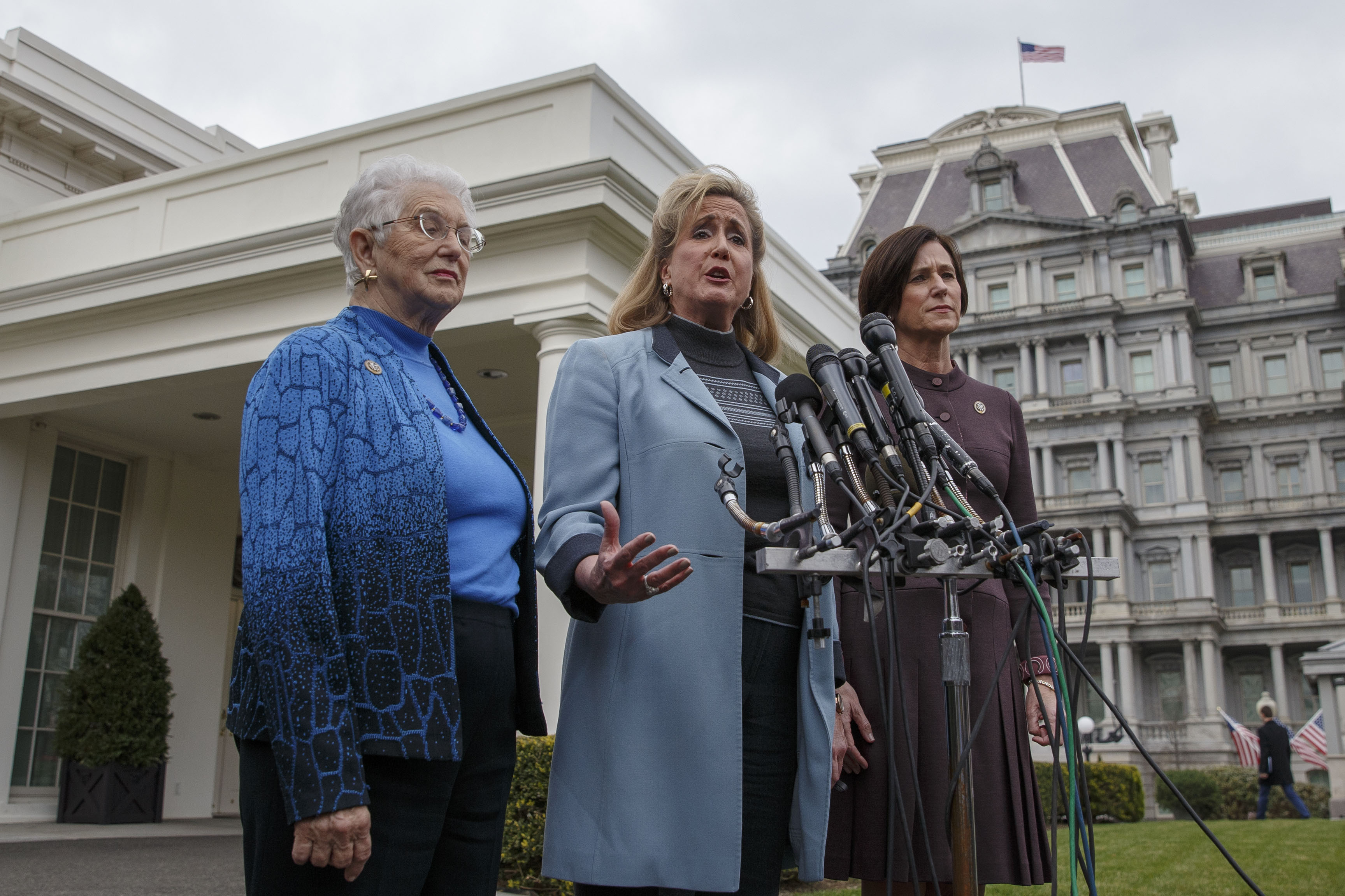 House Republicans are racing to combat accusations that the party is anti-woman as they face increased pressure on a series of Democratic-backed bills focusing on women’s issues.

The GOP, which is still bruised from a brutal midterm elections that decimated its ranks of female lawmakers, has vowed to win back the suburban women voters that fled the party in a rebuke of President Donald Trump last year.

In response, GOP lawmakers have introduced a stack of bills to compete with Democratic legislation tackling issues that are important to females. They hope the alternative measures will counter the criticism that their party is unfriendly to women, a strategy that has been discussed at leadership meetings with the heads of committees in recent weeks.

Republicans, however, potentially made that challenge more difficult when they voted against a gender wage gap bill last week and announced opposition to legislation to reauthorize the Violence Against Women Act — the first of several “pocket book” issues that Democrats are pushing for women and families this year, which they see as key to retaining their expansive majority in 2020.

Democrats have been seizing on those votes to paint the GOP as hostile toward women. The issue of pay equity will again be in the spotlight Tuesday on national Equal Pay Day, when House Democratic women hold a high-profile news conference with actress Michelle Williams. Members who championed this issue on the campaign trail are expected to tout their support for the Democrats’ Paycheck Fairness Act and show a contrast with the right.

Republicans say that’s an unfair characterization and point to numerous policy reasons for opposing the pay gap and Violence Against Women Act measures. Still, Republicans acknowledge that they need to do more to improve the party’s standing with women.

“I’m not worried that Democrats are going to paint Republicans as against women — I know they are going to do that. It’s a reality, but I don’t worry about it,” said Rep. Virginia Foxx of North Carolina, the top Republican on the House Education and Labor Committee. “I just think we have to do what we did last week, and explain very logically what our argument is.”

New polling from POLITICO/Morning Consult suggests that closing the gender wage gap is popular with the public: 78 percent of registered voters think the country needs to do more to create equality between men and women in the workplace, while 72 percent believe women are paid less than men for the same work.

Republicans agree that Congress should help narrow the pay disparity. But their chief concern with the Democratic bill, which strengthens the penalties for businesses that discriminate against women with unequal wages, is that it would open up employers to more lawsuits and empower trial lawyers.

Rep. Elise Stefanik of New York, at 34 the youngest female lawmaker in the Republican Conference, introduced her own legislation last week to tackle gender-based wage discrimination, which appears to be the GOP’s first plan to address the gender pay gap.

Stefanik said her alternative bill, which is modeled after bipartisan legislation that several Republican governors have signed into law, is more pro-business and would not come with the steep compliance costs of the Democratic bill.

“Republicans strongly support equal pay for equal work, and we owe it to women to constructively engage on this important issue and put forward solutions to strengthen existing law,” Stefanik said during floor debate.

But Democrats, who have a record-breaking number of women serving in the House, nonetheless hammered all but seven Republicans who ended up opposing the bill.

“Failure to tackle the pay gap isn’t just discriminatory, it’s shockingly shortsighted,” said Rep. Andy Levin (D-Mich.). “My good friends across the aisle did not introduce a single bill to strengthen the Equal Pay Act across 20 years they held the gavel in this chamber.”

Republicans will again be tested on their support for women’s issues Thursday, when the House takes up the Violence Against Women Act Reauthorization. The landmark law, which funds programs to combat domestic violence and other crimes against women, has just one Republican co-sponsor.

GOP lawmakers have complained that Democrats added controversial new protections for transgender individuals and new restrictions on gun rights to the bill. They are pushing for a clean reauthorization sponsored by Stefanik, which Republicans say Speaker Nancy Pelosi (D-Calif.) rejected during the lame-duck session of Congress last year.

The GOP’s alternative bills not only provide some cover for the Republicans who oppose the Democratic measures, but also offer a chance to elevate the party’s rising female stars.

Stefanik relaunched her leadership PAC earlier this year so she can get involved in primary races and help more Republican women get elected, which has been a sensitive subject for the GOP. Stefanik, who led recruitment efforts in the previous election cycle, has called out her own leadership for not doing more to bring women back to the party.

“I will continue speaking out [about] the crisis level of GOP women in Congress & will try to lead and change that by supporting strong GOP women candidates through my leadership PAC,” she said in a tweet after the election.

Rep. Ann Wagner of Missouri, one of the leading female voices in the House GOP, has also taken on an outsize role in helping Republicans recoup their losses with females. She not only launched the “Suburban Caucus” to craft an economic-driven policy agenda that appeals to soccer moms and dads, but is also spearheading the GOP’s paid family leave plan — an attempt to go on offense on another top priority that Democrats plan to pursue in their new majority.

Wagner’s bill, which was introduced with freshman Rep. Dan Crenshaw (R-Texas) last week, would allow parents to use a portion of their Social Security benefits after the birth or adoption of a child. That offers a contrast with the more costly parental leave plans being championed by Democrats.