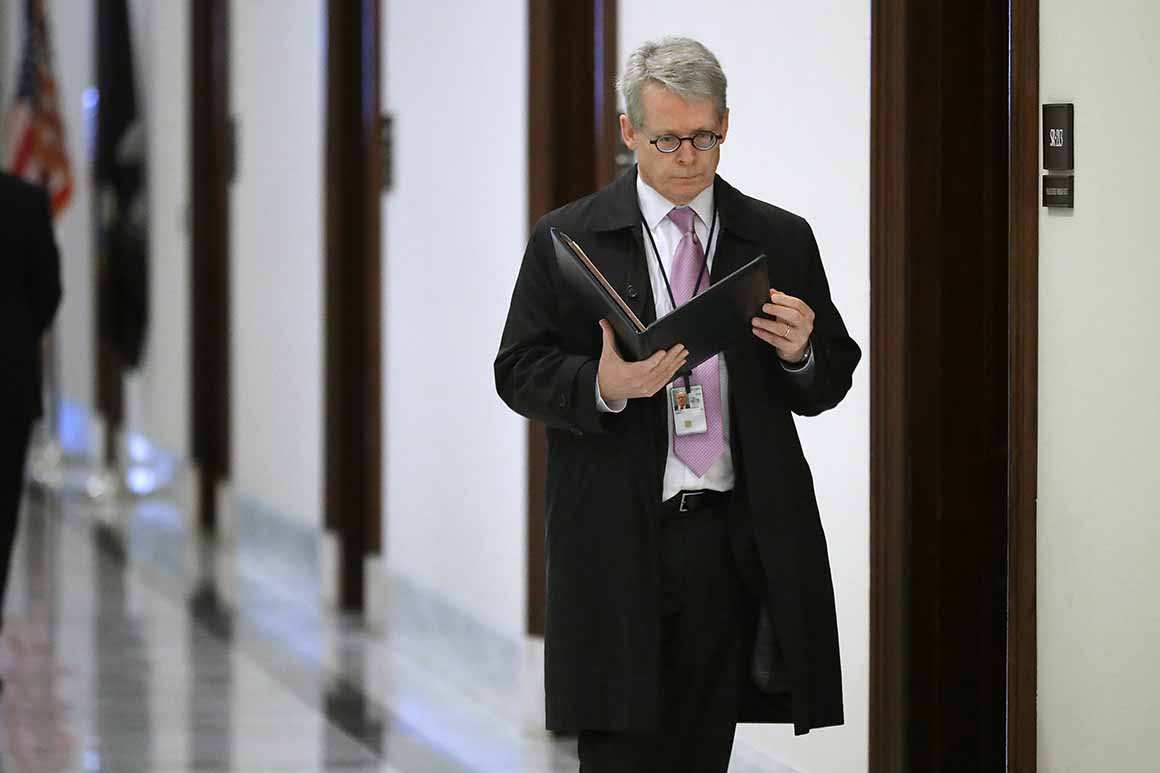 Emmet Flood’s blistering rebuke of Mueller’s work came in a five-page letter to Barr dated April 19, one day after the public release of a redacted version of the special counsel’s report that detailed President Donald Trump’s efforts to interfere in the Russia probe but declined to make a determination on whether Trump obstructed justice.

The missive is the latest salvo in a long-running spat between the White House and special counsel’s office over what information Mueller’s team should be allowed to release — and what Congress should see. It argues that Trump should be able to stop officials from talking to lawmakers about the report’s findings, and attempts to justify the White House’s refusal to comply with congressional subpoenas seeking further information about instances described in the report

Flood, who has handled Trump’s official White House response over the last year on the Russia probe, argued to Barr that Mueller had failed in his “one job” under the Justice Department regulations used to appoint him — to explain in a confidential memo to Barr why he had decided for or against prosecuting the president.

“The SCO instead produced a prosecutorial curiosity,” Flood wrote, arguing that the report “suffers from an extraordinary legal defect: It quite deliberately fails to comply with the requirements of governing law.”

Flood took issue specifically with the 182-page section of the report that detailed a dozen instances where Trump may have obstructed justice. He blasted the document for laying “raw evidentiary material combined with its own inclusive observations on the arguable legal significance of the gathered content.”

“This species of public report has no basis in the relevant regulation and no precedent in the history of special/independent counsel investigations,” Flood wrote.

He also questioned the notion suggested by “some commentators” that Mueller’s work was in effect a guide for congressional investigators with the power to impeach Trump, arguing that the special counsel in his capacity as a temporary DOJ official “should not be in the business of creating ‘road maps’ for the purpose of transmitting them” to Congress.

Mueller spokesman Peter Carr declined comment on Flood’s letter, which was made public by the White House amid a larger legal standoff between House Democrats and the Justice Department over whether Congress should be sent the complete special counsel report without any redactions.

On Wednesday, Assistant Attorney General Stephen Boyd sent House Judiciary Chairman Jerry Nadler a letter declining to comply with a subpoena for the full Mueller report and its underlying evidence, saying the request was “not legitimate oversight.”

In his letter to Barr, Flood also explained that Trump doesn’t consider the release of the Mueller report to be a waiver of executive privilege claims for future testimony from his aides or in the release of underlying special counsel documents like witness interview transcripts and FBI agent notes. Presidents have historically used the executive privilege principle to shield internal White House conversations.

Trump during the special counsel investigation waived executive privilege, allowing the release of more than 1.4 million pages of documents and voluntary interviews from dozens of staffers. The president also didn’t assert the claim during the release of the final report

But Flood signaled House Democrats will be in for a fight if they want to interview former White House aides like McGahn, Hope Hicks or Steve Bannon, as part of an effort tied to impeachment and post-Mueller oversight.

“It is one thing for a President to encourage complete cooperation and transparency in a criminal investigation conducted largely within the Executive Branch; it is something else entirely to allow his advisors to appear before Congress,” Flood wrote.

Flood’s letter also echoed Trump’s long-stated complaints about the origins of the Mueller probe, taking issue with “illegal leaks” of classified or sensitive information used to target the president and launch an investigation in the first place. While the White House lawyer didn’t name names, his ire focused foremost on former FBI Director James Comey, who shared his contemporaneous notes about meetings with Trump with journalists.

“Not so long ago, the idea that a law enforcement official might provide the press with confidential government information for the proclaimed purpose of prompting a criminal investigation of an identified individual would have troubled Americans of all political persuasions,” Flood wrote. “That the head of our country’s top law enforcement agency has actually done so to the President of the United States should frighten every friend of individual liberty.”