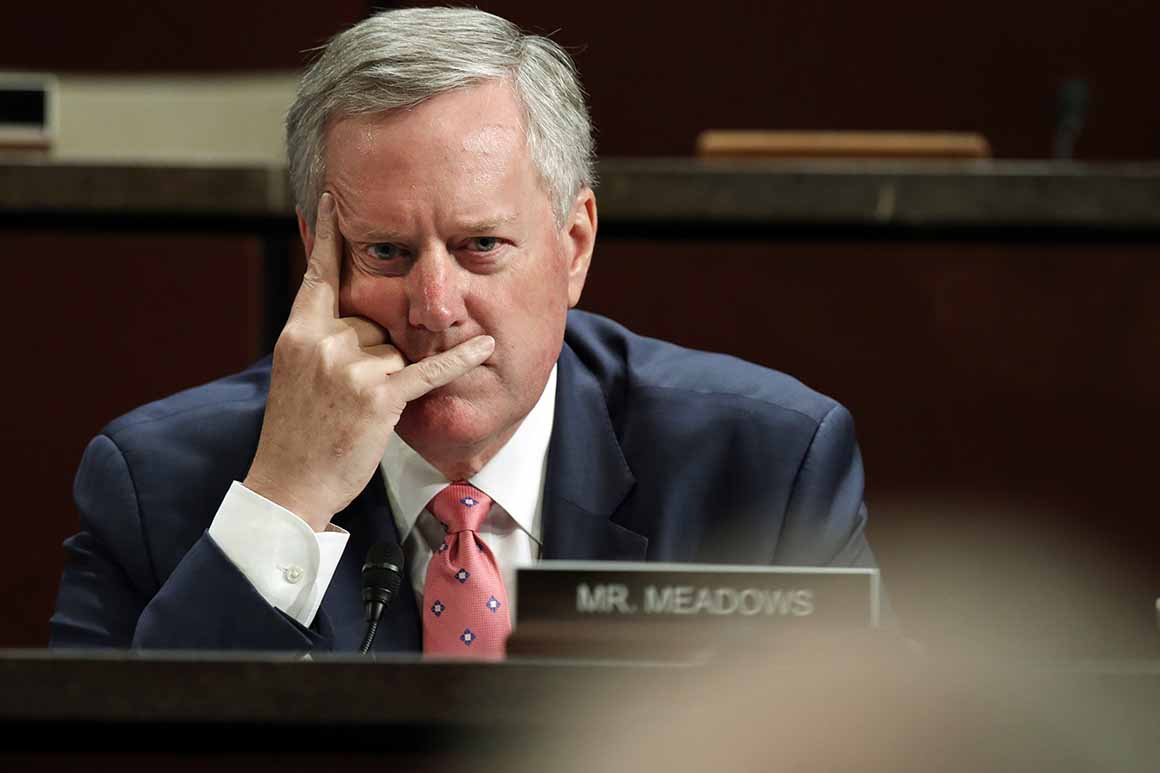 Every few months, President Donald Trump gets in the negotiating room with Democrats and everyone leaves happy — except for the president’s own party.

This week’s huddle on a§ $2 trillion infrastructure bill was no different, as Speaker Nancy Pelosi and Senate Minority Leader Chuck Schumer walked away from the White House with an agreement in principle and a promise to meet again. But Republicans were pushing back on the handshake deal before some Democrats even made it back to the Capitol.

“The likelihood of that happening at $2 trillion— just on the face of what I saw — is pie in the sky,” said Sen. Shelley Moore Capito (R-W.Va.). “But I’d love to have a big infrastructure bill.”

It’s a familiar pattern for the president, a one-time Democrat who has gone out on a limb on everything from immigration reform to gun control, only to be snapped back by the GOP.

And Tuesday’s 90-minute meeting on infrastructure, which came against the backdrop of an increasingly combative relationship between Congress and the White House, followed a similar path. Trump, who Democrats say riffed on a variety of topics and appeared eager to appear the deal-maker, settled on $2 trillion for infrastructure — an eye-popping figure that was more than what Democrats even asked for.

For Republicans, it was a bit of deja vu. In 2017, Pelosi (D-Calif.) and Schumer (D-N.Y.) emerged from a Chinese dinner with Trump exclaiming they had a deal in principle on immigration and border security, only for the agreement to fall apart once Republicans got wind of it. In another televised immigration pow-wow, Trump expressed support for a clean DACA bill, prompting GOP House Leader Kevin McCarthy of California to jump in and clarify the president’s position.

And during a bipartisan White House meeting on gun control last year, Trump backed positions anathema to his party and the NRA, but later walked back his stance amid a backlash from conservatives.

This time, Republicans had to rein in the president from the other end of Pennsylvania Avenue since they didn’t have a seat at the table. But the message was basically the same: Trump’s tentative infrastructure agreement with Democrats is little more than a pipe dream that won’t go far in the GOP-controlled Senate.

“A lot of us enjoy watching … the trial balloons he floats. And oftentimes they’re extreme and aspirational,” said Sen. Kevin Cramer (R-N.D.). “And then the pushback comes, oftentimes from his own party.”

Indeed, the Republican pushback came – and it was swift.

“I don’t see where the pay-fors will come from,” said Rep. Mark Meadows (R-N.C.), one of Trump’s closest allies on Capitol Hill.

When pressed on whether a package that size would had a realistic chance of passing in Congress, Graves did not mince words: “No,” he said, literally waving off the idea with his hand.

And Sen. John Thune (R-S.D.) emphasized that any legislation needs to be fully paid for and sought to put some perspective on the massive price tag.

“Two trillion is really ambitious. If you do a 35-cent increase in the gas tax for example, index for inflation, it only gets you half a trillion,” said Thune, a former commerce chairman.

Trump often sounds more like a Democrat when he talks about the need for a “big, beautiful” infrastructure bill and derides the nation’s “third world airports.” But the president’s eagerness to cut an infrastructure deal stems from more than just his love for roads and bridges: Trump, increasingly frustrated by the gridlock on Capitol Hill, sees an opportunity to deliver on a key campaign promise ahead of 2020 while flexing his deal-making muscles.

“I’ll lead on this,” Trump told the room on Tuesday, according to sources who were present. “I would like to do something. It may not be typically Republican.”

The idea of a massive rebuilding program has long given heartburn to Republicans, who complain that federal transportation spending tends to favor more urban — and blue — areas.

Instead, the GOP prefers to rely on public-private partnerships to revitalize the country’s infrastructure, a model pitched by Trump’s own administration in 2017. But the president poured cold water on that plan during his sit-down with Democrats, even calling it “so stupid,” to the surprise of some Republicans and delight of Democrats.

Yet the biggest surprise — or disappointment — could come in three weeks, when Trump and Democrats are set to meet again to talk about potential funding mechanisms, an even thornier and divisive issue.

While most Republicans are vehemently opposed to a gas tax hike, Trump has expressed openness to the idea in the past, forcing his party to once again throw up a stop sign. Yet even Democrats who attended the White House meeting weren’t holding their breath that they’d reach a breakthrough with the president on the issue.

“When I went home last night, I thought about the meeting and I said: ‘When it got close to a way to really talk about the gut issue [of paying for it], it just kind of got pushed in the background,’” said Sen. Ron Wyden (D-Ore.). “It is definitely a part of a pattern if you look at how some of these issues have played out.”

Another reason for skepticism: Some Democrats say Trump must consider rolling back some of the 2017 GOP tax cuts — his signature legislative accomplishment — to pay for new infrastructure investments.