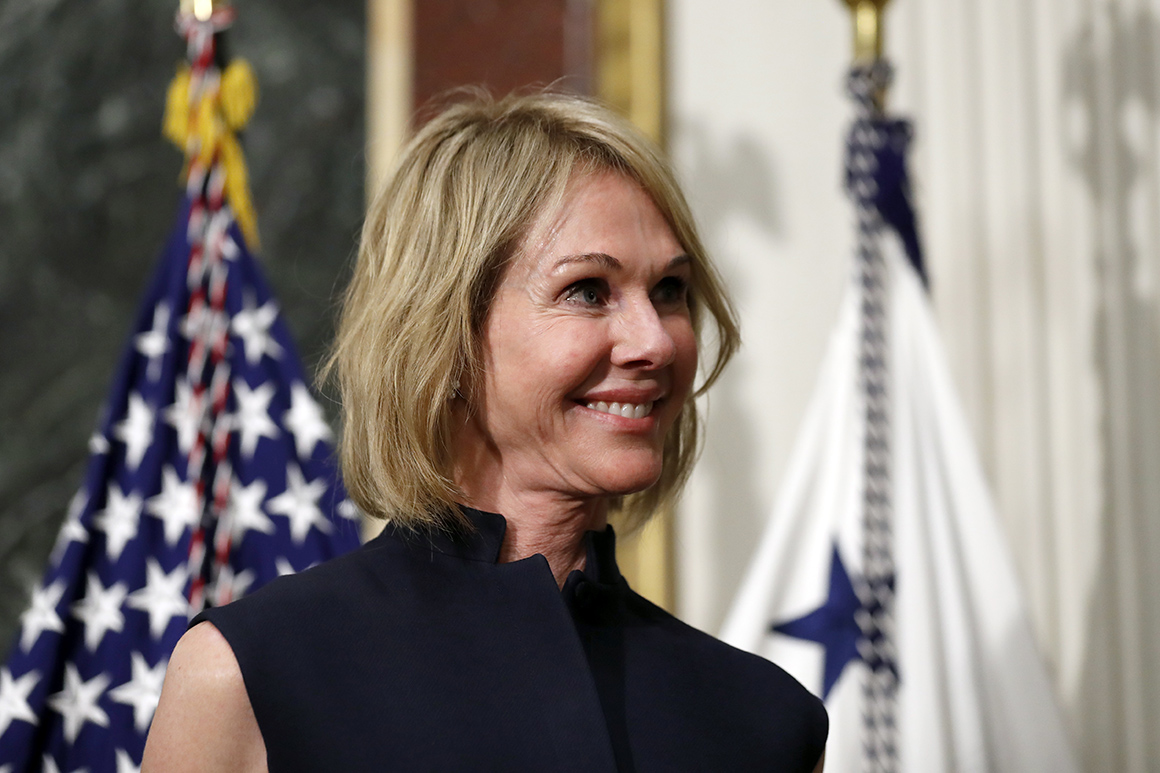 President Donald Trump on Thursday formally nominated U.S. Ambassador to Canada Kelly Craft to be his next United Nations ambassador, a job without a permanent owner since the end of last year.

Craft is likely to face a bruising Senate confirmation process, despite staunch backing from a fellow Kentuckian, Senate Majority Leader Mitch McConnell. She is expected to endure questions about her family’s extensive business interests and her knowledge about international issues at a time when the U.S. faces geopolitical challenges ranging from Russia to China. Her husband, Joe Craft, is a billionaire coal executive with close links to the White House.

Craft would replace former South Carolina Gov. Nikki Haley, who left the U.N. post at the end of 2018. The position is almost certain to be less powerful than it was under Haley, given indications that Trump, a skeptic of multilateral international organizations, will take it out of the Cabinet.

If confirmed, Craft’s new position would put her in close proximity to international climate talks that directly impact her husband’s business interests. Craft stumbled in her first Canadian TV interview when asked about the Trump administration pulling out of the Paris climate accord, saying it was important to listen to “both sides” of the science.

As America’s top diplomat in Canada, Craft has had an important but relatively easy diplomatic position compared with the U.N. role. She managed to maintain a good relationship with Ottawa while Trump imposed punishing steel and aluminum tariffs, threatened to withdraw from the NAFTA trade deal and criticized Canadian Foreign Minister Chrystia Freeland.

But Senate Democrats have said they will show no mercy during her confirmation process for the U.N. role. They plan to press Craft on thorny geopolitical issues, from Iran to North Korea to Venezuela.

The scene will be far different from Craft’s relatively breezy hearing for the Canada post. However, Craft did stumble over one question during the gathering on whether she believed Russia interfered in the 2016 presidential election. She said “that it looks as if yes,” but that she’d “have to investigate this further or learn more points on this.”

One lawmaker’s vote she can count on is Republican Sen. Marco Rubio, whom she supported in 2016 before Trump and who sits on the Foreign Relations Committee.

Haley’s foreign policy experience also was limited before she became U.N. ambassador, but she impressed lawmakers from both parties by taking a tough stance on Russia, praising international alliances like NATO and calling out human rights violations in countries like the Philippines. She was confirmed on a 96-4 vote.