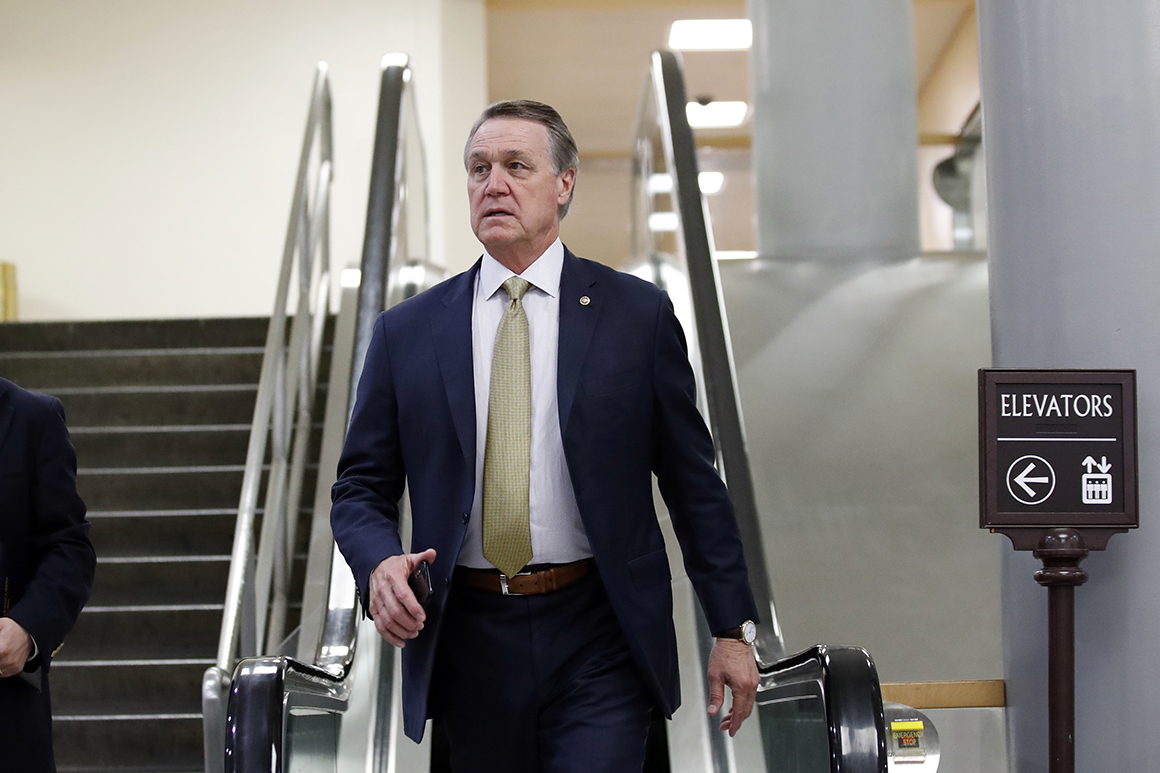 Top senators negotiating a disaster aid deal are closing in on a compromise that could get a Senate vote as early as next week to unlock more than $17 billion in assistance to ailing communities.

Senate Appropriations Chairman Richard Shelby (R-Ala.) and ranking Democrat Patrick Leahy (D-Vt.) said Thursday they are nearing an agreement after Senate Republicans laid out a new offer behind closed doors this week to increase Puerto Rico’s access to federal recovery cash. Progress comes with tempered expectations as the two work to win support from other congressional leaders and President Donald Trump on one of the most politically fickle issues of the year. But they say all parties are feeling the urgency now to get aid out to communities that are trying to recover from hurricanes, tornadoes, wildfires and extreme flooding.

Sen. David Perdue (R-Ga.), who has been one of Congress’ main go-betweens with the president throughout months of heated negotiations on the aid package said Trump called him early Thursday about disaster aid.

"He’s on board,” Perdue said about Trump’s support for the offer Republicans made earlier this week, noting the president will still need to decide whether he backs the final language Leahy and Shelby are hashing out.

“I will just tell you this: He called me this morning at 6 o’clock,” the Georgia Republican said about the president. “This man is involved. This man is engaged. He talked to several members very late on this issue. He is very engaged in this. He wants to get it solved."

Stipulations are still in flux, however, on aid to Puerto Rico — the very debate that collapsed negotiations last month as the White House campaigned for less cash and Trump tweeted insults at Puerto Rico’s leaders, calling them “grossly incompetent” politicians who “spend the money foolishly or corruptly” and “only take” from the United States.

Shelby and Leahy said Thursday they are still trading feedback and making tweaks to language regarding aid to Puerto Rico after GOP lawmakers offered up $300 million more this week in rebuilding assistance through grants the Department of Housing and Urban Development provides, as well as extra rules on how the territory can use the cash so it won’t be “squandered,” as Shelby put it.

Both the chairman and his Democratic counterpart said they hope a final compromise will be ready for a Senate floor vote next week. “We have to tug along our caucuses and the White House,” Leahy said. “But we’re getting closer.”

Shelby expressed similar exasperation about the tall order of rallying final support in both chambers and the White House around an aid package that has so deeply divided the parties while disaster-hit communities throughout the country languish without extra federal support.

While the chairman said conversations on the aid package are “trending” in the right direction, “toward a resolution,” he said “breakthrough” is “still a strong word.”

Some lawmakers have suggested adding the White House’s new $4.5 billion emergency funding request for border security to the disaster aid bill, commingling two of the most contentious legislative tasks before Congress right now, Shelby said. But he and Leahy are both fighting that suggestion, concerned that such an addition would put prospects for the disaster aid package on even shakier ground.