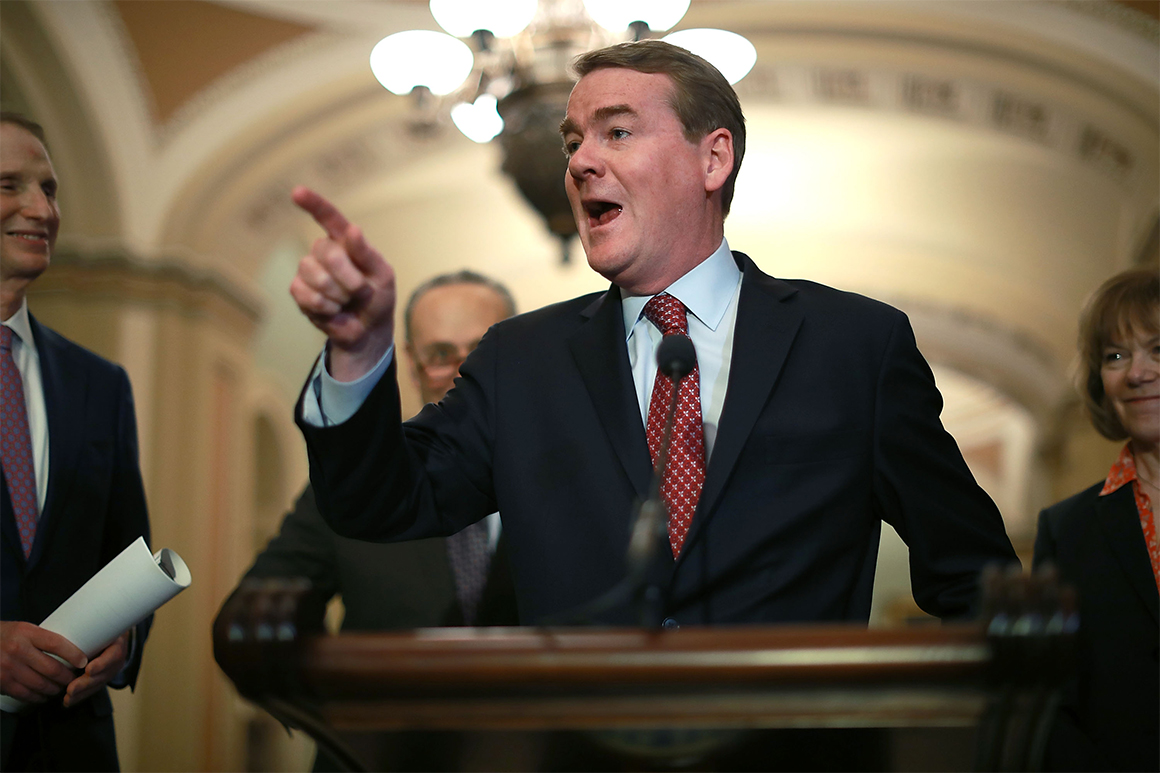 Sen. Michael Bennet jumped into the 2020 presidential race Thursday morning, becoming the 21st Democratic contender vying for his party’s nomination and the second hailing from Colorado.

Bennet, a moderate senator from the Mountain West, made his bid official on Thursday morning, after promising earlier this month that he would “100 percent” run for president if he was declared cancer-free. Bennet underwent a successful surgery in mid-April to treat prostate cancer.

“My plan is to run for president,” Bennet said in an interview on “CBS This Morning” — the same morning news show where Sen. Bernie Sanders launched his own 2020 run earlier this year. "This country faces two enormous challenges, among others. One is a lack of economic mobility and opportunity for most Americans and the other is the need to restore integrity to our government.”

But Bennet’s late entrance into the Democratic primary, months after many of his opponents got in the race, puts the senator behind the rest of the pack in everything from fundraising to building campaign infrastructure in the early primary and caucus states. It also means Bennet faces a mad dash to qualify for the first debates in June, when the Democratic National Committee has capped the number of participants at 20 candidates spread over two nights.

The Colorado Democrat is also joining a sea of Senate colleagues, becoming the seventh senator to join the race. The 54-year-old Bennet could also struggle to stand out in the most diverse presidential field in history, including six women, six candidates of color and an openly gay mayor. Bennet can’t even claim sole ownership of his home state, as former Colorado Gov. John Hickenlooper is also running for president.

Asked Thursday morning about standing out in the 2020 crowd, Bennet joked that he "called my mom and said to her, ‘somebody has to be 22,’" a nod to the enormous number of candidates.

"I think I distinguish myself in a number of ways: One is I have a tendency to tell the truth to the people I represent in Colorado and I want the chance to do that with the American people," Bennet said. "Second, I’ve won very tough races in a purple state, winning red counties in that state. Third, I’ve got a track record of bipartisan work that’s been hard to do during the Trump administration."

"I don’t think anyone has as broad of a set of experiences in the field and I think that will distinguish me," Bennet added, noting his work in the private sector and in Colorado.

But Bennet has already made a splash on the national stage with a viral moment on the Senate floor in January. The usually mild-mannered senator went on an uncharacteristic rant castigating Texas Sen. Ted Cruz for what he said were hypocrisy and “crocodile tears” regarding the federal government shutdown. The video quickly became C-SPAN’s most-watched video ever on Twitter.

Bennet will try to carve out space in the moderate lane of the Democratic presidential primary, which has grown more crowded since former Vice President Joe Biden joined the race last week. Bennet has built a reputation as a bipartisan, policy-focused senator on Capitol Hill, trending toward the center of the Democratic spectrum. He opposes a single-payer health care system, instead hoping to expand on Obamacare.

Bennet also dinged his own party in the interview, saying that "right now, the Democratic Party doesn’t stand for very much at the national level," but that the sprawling 2020 primary will give candidates "the opportunity for us to show what we stand for, for us to have a competition of ideas," Bennet said. "A process like this is long overdue in the Democratic Party."

The senator also identified "two enormous challenges" on CBS, highlighting a "lack of economic mobility and opportunity for most Americans" and a "need to restore integrity to our government," likely thematic elements for his presidential bid.

Bennet was appointed to the Senate in 2009 after serving as the superintendent of Denver Public Schools. Previously, Bennet had been Hickenlooper’s chief of staff in the Denver mayor’s office.

Earlier this year, Bennet travelled to both Iowa and New Hampshire to test the waters for a potential White House run. Bennet also targeted the four early states with Facebook ads in the early months of 2019. Among the messages used in these digital ads, Bennet called for ending the Electoral College, a position that’s grown increasingly popular among Democratic primary voters.