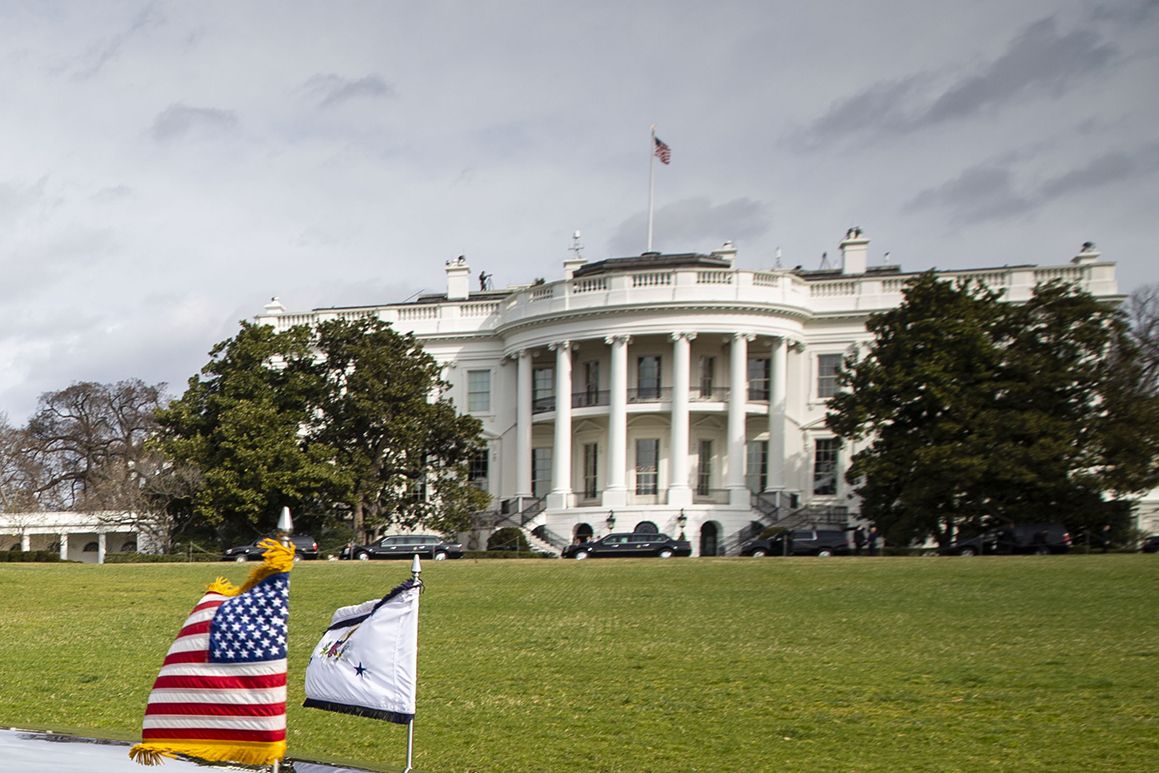 The former official who oversaw security clearances for the first two years of the Trump administration acknowledged to lawmakers behind closed doors that he had issued clearances over the objections of lower-level staffers in his office — but said he had never done so at the direction of anyone else in the White House.

Lawmakers spent over seven hours on Wednesday grilling Carl Kline, the former White House personnel security director who is at the center of a heated dispute over the Trump White House’s security clearance process.

That process has become a flashpoint in the Trump administration and is now a focal point of Democratic oversight investigations in the wake of news reports indicating that the president had demanded that his former White House chief of staff, John Kelly, grant his son-in-law, Jared Kushner, and his eldest daughter, Ivanka Trump, security clearances. Investigators are also examining why dozens of West Wing officials were at one point in time working on interim clearances.

Kline gave lawmakers the impression he overruled lower-level officials because they were unused to dealing with people who had the sort of complex business relationships that many in the Trump administration did. When he explored them more deeply, he ultimately determined they were not problematic from a security perspective, he said.

Democrats say this is a departure from precedent that poses national security risks, and that Kline failed to document his reasoning for granting the clearances in the individual files. “It was clear from the interview that the current White House is willing to accept significantly more national security risks than previous White Houses — in previous Republican and Democratic administrations,” said a senior Democratic aide.

Democrats have demanded the FBI background investigation files of both Kushner and Ivanka Trump, which the White House has refused to turn over, and they pressed Kline about how their clearances were granted. At the direction of the White House Counsel’s Office, Kline refused to answer any questions relating to individual cases, including those of Kushner and Ivanka Trump. In a letter to Oversight Committee chairman Elijah Cummings, White House counsel Pat Cipollone said the requests demonstrate “a total disregard for individual privacy.”

“We can’t talk about individual files, and know they’re upset about it, but we’re right,” said a White House official.

Though the White House insists it will not budge, Democrats remain equally insistent. “To date, the White House has not provided one single page of documents to the Committee and has refused to permit any witnesses from telling the Committee about specific actions taken on security clearance applications,” Cummings told POLITICO on Thursday. “Because of the White House’s obstruction…we still have no idea why the President’s daughter and son in law were given clearances, and we still have no idea who some of the other two dozen employees are who were given clearances when they should not have been.”

Kline’s office could not reach a conclusion on Kushner’s file, according to a New York Times report in February. As a result, Trump ordered his then-White House Counsel Don McGahn to issue the clearance, and when he refused, he ordered Kelly to grant it.

Kline testified that nobody in the White House, including Kelly, whom he named personally, had ever interfered with or pressured him to grant or revoke a security clearance, and that all clearance determinations were made by career professionals. He described in general terms the White House’s clearance process, saying that every file was reviewed at two levels before it reached him for a final decision. Career officials at both levels provided a clearance recommendation, Kline said, but he made the final decision.

Kline has been accused by a former subordinate, Tricia Newbold, of mismanaging the clearance files of over two dozen employees and retaliating against her when she raised the matter internally. She has since filed a complaint with the Equal Employment Opportunity Commission against him. Kline acknowledged he changed the clearance process by eliminating credit checks and waving through anybody with a pre-existing clearance, according to a senior Democratic aide, moves that Newbold told lawmakers she had concerns about.

Kline testified that Newbold was a "tricky" employee and that her suspension was not retaliatory. Rather, he said he wanted her removed for several reasons, including insubordination and a failure to follow instructions. He also denied ever putting files out of her reach. Newbold, who has a form of dwarfism, is charging that he did so, but Kline said that their office was converted to a SCIF — a sensitive compartmented information facility used by the government to handle classified information — and that the secure door had a dial that was too high for her to reach. So rather than get a new door, which would have cost around $10,000, they decided to get her a stepladder.

"The Democrats used just one witness, Trish Newbold, to pretend they did an investigation and to slander the White House by raising false alarms about our national security. Based on what we learned today from Mr. Kline, this was completely disgraceful on the part of committee Democrats,” Rep. Jim Jordan, the top Republican on the oversight panel, told POLITICO. “We’ve now heard from Mr. Kline and learned that neither the President, the chief of staff, nor any other White House official attempted to influence his decisions with respect to any security clearance application."

Kline’s testimony came after Cummings threatened to hold Kline in contempt of Congress if he refused to answer questions about the White House’s clearance process and Newbold’s allegations. He floated fines or even imprisonment as punishment, as the White House continues to fight back against House Democrats’ oversight demands that they consider excessive.

The White House has refused to turn over documents about the clearance process and individual applications, according to Democrats, insisting lawmakers have no legitimate legislative purpose in investigating it because the executive branch runs the clearance process. They have instead provided general information about clearance process and procedures, something Democrats have scoffed at, while working to block witnesses like Kline from testifying about specific allegations.

Cummings issued a subpoena to Kline for a deposition last week, but Kline was a no-show at the request of the White House.

The White House is nonetheless pointing to yesterday’s hearing as an example of its willingness to work with Democrats when they consider the requests “legitimate,” a White House official said. The White House protested Cummings’ attempt to block a White House lawyer from attending the hearing, though he ultimately relented — and the White House allowed Kline to testify with a member of the White House Counsel’s office present.

“What we’ve shown time and again is when they’re making legitimate oversight requests, we accommodate,” the White House official said.