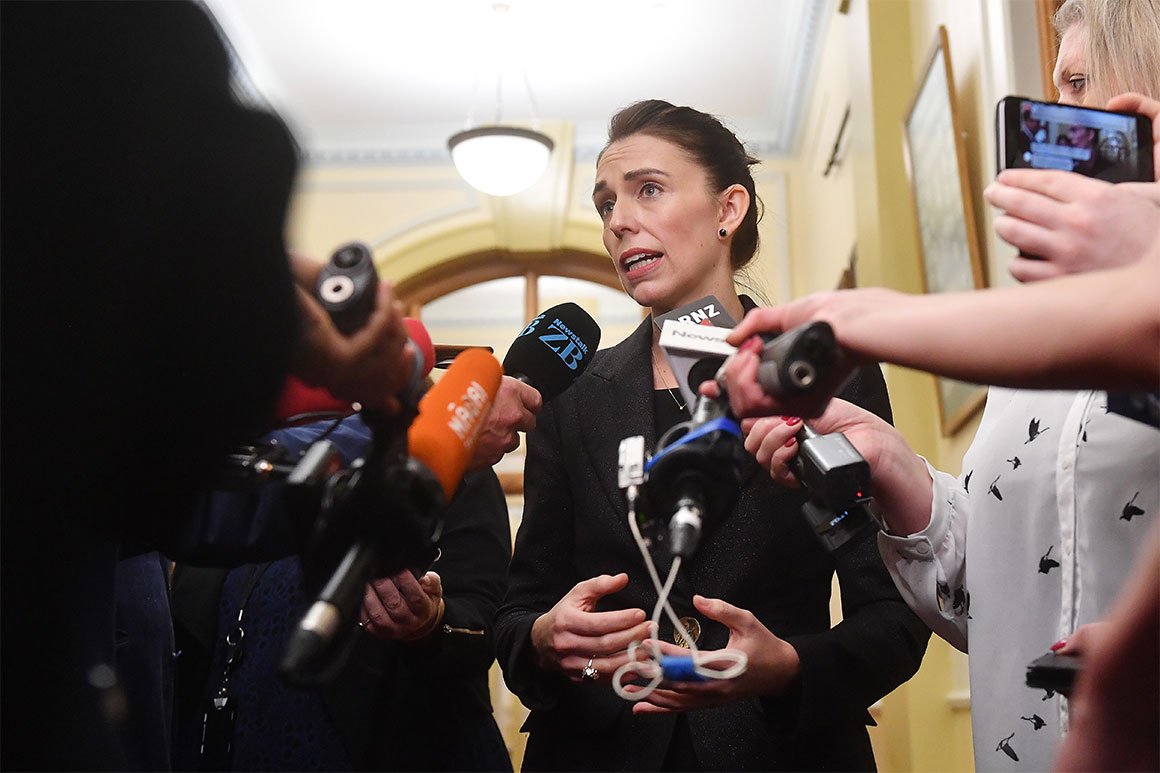 New Zealanders needn’t worry about their government censoring the press. On Wednesday, five of the country’s major news outlets proved themselves only too happy to censor themselves.

Representatives of Radio New Zealand, TVNZ, Mediaworks, Stuff and the owner of the New Zealand Herald signed a pact agreeing to limit their news coverage of Brenton Tarrant, the man charged in the March 15 Christchurch massacre of 50 worshipers at two mosques. Following the guidelines, the news organizations vow to limit coverage of statements “that actively champion white supremacist or terrorist ideology,” avoid quoting the accused killer’s “manifesto,” and suppress any “message, imagery, symbols” or hand signs like a Nazi salute made by the accused or his supporters in support of white supremacy. “Where the inclusion of such signals in any images is unavoidable, the relevant parts of the image shall be pixelated,” the guidelines add.

The protocol marks a first for New Zealand media, which has traditionally followed the robust free-speech traditions of such other former British colonies as the United States, Canada, and Australia.

At one level, their promise to self-censor is consistent with the nation’s paternalistic opposition to free speech. After the attack, New Zealand Chief Censor David Shanks—yes, that’s his official title—banned the Christchurch killer’s manifesto under the Films, Videos & Publications Classification Act, making it illegal to possess or share. A 22-year-old man was charged under the act in March and faces 14 years in prison.

But none of those rules constrained the media coverage of Tarrant or the movements that fueled his anger. So what possessed New Zealand’s pressies to join forces, voluntarily, to limit their rights to report the news? According to reports, New Zealand publications worry that Tarrant might use news accounts to spread his white supremacist views to a larger audience, the way Norwegian mass killer Anders Breivik broadcast his anti-Islam ideology in his 2012 trial. Tarrant might very well use his defense to propagandize, but even if he does, so what? An editor doesn’t need to sign a pact with other editors to keep him from transcribing every word and gesture of a showboating defendant. Because he can take that path without cooperating with anybody, we can assume that the editors trust themselves to avoid sensationalistic reporting of the Tarrant story, but they don’t trust their competitors to do the same—hence the desire for a press cartel to reduce journalistic competition to the absolute basics.

But self-protection is only one motivation at play here. The Kiwi editors don’t appear to trust their readers and viewers to handle the difficult and disturbing material that’s sure to billow out of the Tarrant trial. They regard New Zealanders as children who must be sheltered from the heinous and despicable lest they become tainted with its influence. That’s essentially the position New Zealand Chief Censor Shanks took when he banned the manifesto in March, saying that documents like it were aimed at a “vulnerable and susceptible” audience and designed to incite them to perform similar crimes. “There is content in [the manifesto] that points to means by which you can conduct other terrorist atrocities … it could be seen as instructional,” Shanks said.

Both New Zealand’s chief censor and its leading news outlets seem to think that expressions of white supremacism are as irresistible to the general population as an open bag of potato chips. This kind of thinking is normally seen in an authoritarian state, where “dangerous” ideas are officially cloaked from view by leaders worried about the threat to their own power. But in a free society, people have a right to know about those who have murderous designs on them. Once a Nazi has marked you for death, averting your eyes isn’t going to save you.

Then there are the unintended effects of media brownouts like New Zealand’s. The five news organizations signing the pact have promised thorough coverage of the Christchurch trial, but it’s hard to imagine reporters writing aggressively or incisively from a crouch. The journalistic groupthink encouraged by the pact could result in undercoverage of extremist movements and leave readers unnecessarily vulnerable. The pact might create a precedent the government will exploit every time it wants to stifle news coverage in the name of public safety.

Worst of all, the pact has given New Zealand’s news consumers every right to think that the press can’t be trusted to tell the whole story because a misguided notion of “safety” comes first. Where might New Zealand readers go to slake their curiosity about political extremism? If it’s places like 4chan and 8chan, won’t we be sorry?

Drop the blinders, New Zealand. You can’t stop a threat you have blinded yourself from seeing.

Previously, I wrote about the ban on the New Zealand shooting videos. Send blinders via email to Shafer.Politico@gmail.com. My email alerts once walked the Heaphy Track. My Twitter got lost in Australia and my RSS feed got blood poisoning in Fiji.