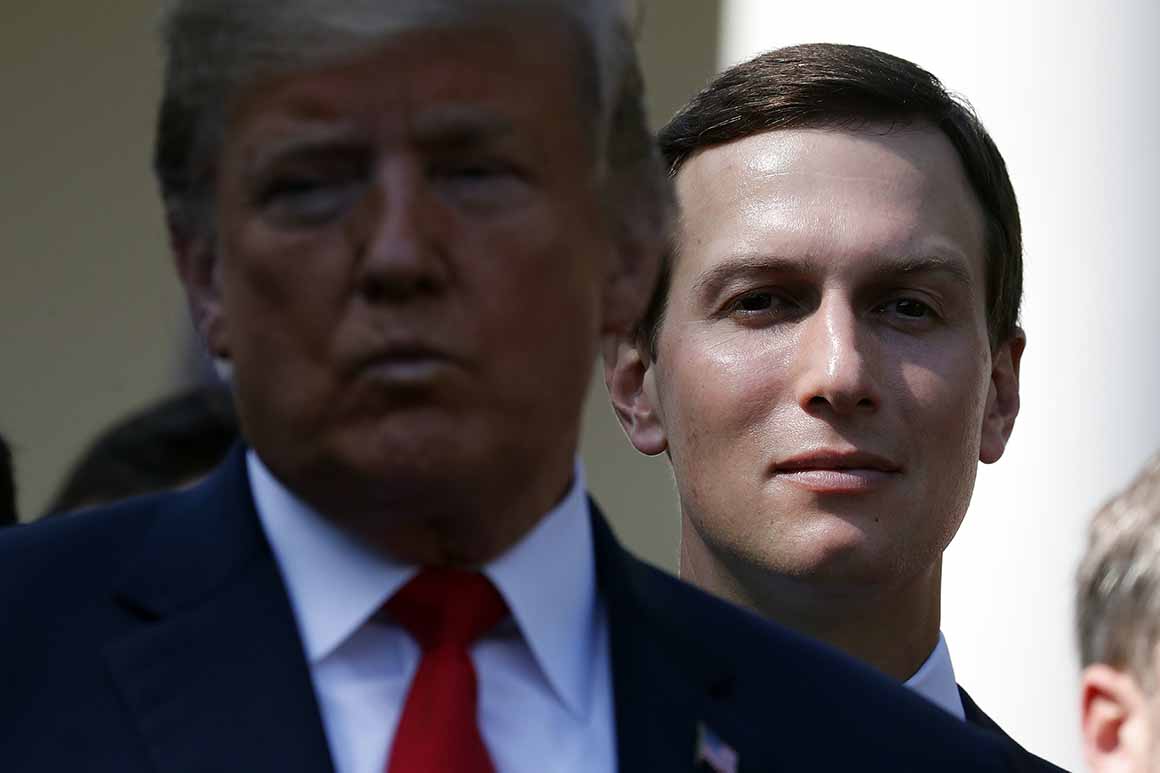 As the 2020 Democratic presidential field began to form earlier this year, Trump campaign officials received a directive from the president’s son-in-law and adviser Jared Kushner: Don’t meddle in primary politics.

Targeting specific Democratic presidential hopefuls was at best a waste of time—and could even be counterproductive, Kushner warned.

“Basically what he has advised the campaign is, now is not the moment for them to be making news or attacking anyone,” said the person familiar with Kushner’s strategy.

But that rule doesn’t seem to apply to the candidate himself.

Trump went on a spree early Wednesday morning, when he retweeted nearly 60 tweets from people expressing anger over the International Association of Firefighters’ Monday endorsement of Biden. Trump had also rage-tweeted at his rival on Twitter the previous two days, calling him “sleepy” and “not very bright.” A few days earlier he told the Fox News host Sean Hannity that Biden is “not going to be able to do the job.”

The two approaches reflect divided opinion among Trump’s aides, advisers and Republican supporters. One school of thought holds that an early front-runner like Biden—who some Trump advisers fear is the strongest Democratic in the field given his moderate credentials—must be attacked early and often. Another argues that engaging Biden gives the Democrat exactly what he wants in a 20-candidate primary field: the image that he is already waging a head-to-head battle with a rattled incumbent.

“We’ve asked him — I’ve personally asked him — to stop. It’s not helping us. It’s helping Biden,” said one Trump adviser. “We don’t think Biden can make it out of the woke Democrat primary. But he will if the president gives him oxygen.”

But other Trumpworld veterans see an opposite rationale. “The national press corps is covering every single thing Joe Biden does right now. So if Biden is going to be on the front page of every paper, leading every single newscast, why not weigh in and help frame the debate?” said Jason Miller, who served on Trump’s 2016 campaign.

Either way, Biden appears to be enjoying it. “I understand the President has been tweeting a lot about me this morning,” he told an Iowa crowd on Wednesday.

“I wonder why the hell he’s doing that,” Biden added with a chuckle.

It is not clear whether Kushner’s advice was specifically motivated by concern about building up an individual Democrat, or whether he simply believes Trump’s campaign should be focused inward for now. In what one person familiar with his strategy called Kushner’s “low drama, high confidence” approach, Trump’s son-in-law believes the Trump campaign should focus on building out the campaign’s infrastructure, raising money and developing an unparalleled data operation.

One close Trump adviser, his longtime friend and conservative media executive Chris Ruddy, described the president’s Biden fixation as a mere phase. Trump, he claimed, doesn’t actually feel threatened by the former vice president, even though Ruddy and others believe that Biden, who held his first campaign event in his native state of Pennsylvania, is better positioned than most Democratic hopefuls to flip Trump-won battleground states in 2020.

“The general view is the election is going to go down to three or four states, maybe five, and these states include Pennsylvania, Wisconsin, Michigan, [and] Florida. And these are states that Joe Biden would be on paper a good fit,” Ruddy told POLITICO.

Trump campaign officials meanwhile wave off the idea that Trump is betraying defensiveness about Biden’s prospects. They argue that Biden won’t stand a chance in the general election because of how they predict the Democratic primary will unfold.

“Whoever emerges from this will be beat up, broke, and will not have a national operation to flip a switch on,” said Tim Murtaugh, communications director for the Trump campaign.

“So to us,” Murtaugh continued, “we take opportunities to engage on the Democratic side when they present themselves, but a day-to-day shooting at candidates is right now not something the campaign is doing.”

Instead, that work has been outsourced to the Republican National Committee, which issues a near-daily barrage of attacks on the Democratic candidates’ public statements and proposals. Officials based in the Trump campaign’s Arlington, Va. headquarters have focused on identifying and eliminating their electoral vulnerabilities and shaping local party operations to be unapologetically pro-Trump.

“I think the RNC is a natural place to be defining individual candidates and going after whatever policies they’re pursuing. The campaign has been great at engaging and has been focused more on a broad-brush approach,” said an RNC official.

But even Trump’s campaign manager, Brad Parscale, couldn’t resist getting in on the bash-Biden act, going after Biden’s trade policies during a Monday night appearance on Fox News.

Biden has bugged the president ever since his Thursday announcement video criticizing Trump over his response to the summer 2017 white supremacist rally in Charlottesville. It was calibrated to hit Trump at what a second Trump adviser called the president’s “low point.” Trump responded by defending his controversial remarks about Charlottesville as “perfect,” before turning his attention to Biden’s firefighters endorsement this week. (It was not immediately clear whether all of the many dozens of accounts Trump retweeted were legitimate.)

Meanwhile, Biden has shot back each time.

One White House official speculated that Biden’s comments about the president’s Wednesday tweeting would prompt another tweetstorm Thursday morning, adding that the ongoing back-and-forth between Trump and Biden already feels like a general election contest.

“He believes his tweets have power, but Biden just irritates him. I imagine at the end of the day he’ll move on to someone else. We hope he does,” said the second Trump adviser.

“I’m sure smart guys like Brad [Parscale] are telling him to stop this and he’s telling them to go fuck themselves,” the adviser added. “Still, we wish he’d stop.”

Biden pollster John Anzalone said Trump is worried because he knows Biden fishes from the same pool of voters who helped push Trump over the top in the Rust Belt and swing state Florida.

“Trump is nervous and he should be,” Anzalone said. “Biden is relatable to the working-class voters Trump appealed to based on fear. They were willing to take a risk on him. But Biden appeals to them based on relatability. They know him and trust him. That’s the difference… Biden uses decency and respect to reach these voters. Trump uses dynamite.”

Daniel Lippman contributed to this story.