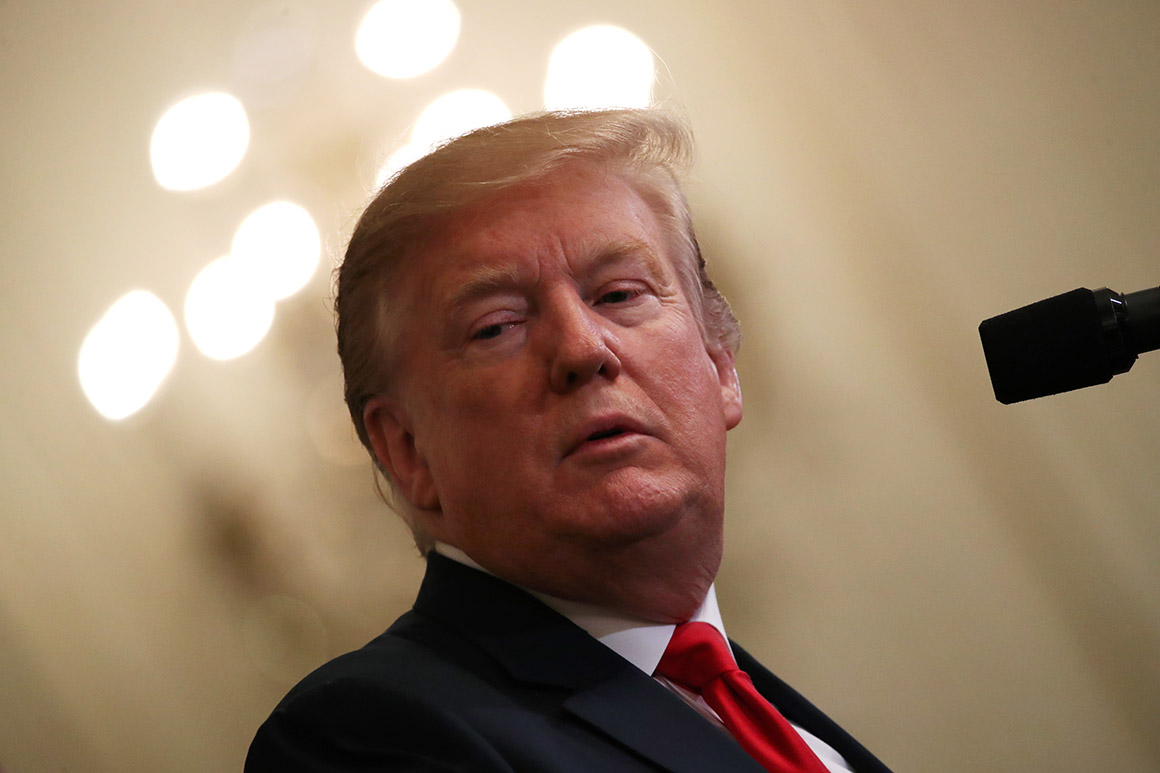 In recent days, President Donald Trump has turned his Twitter account into a stream of 280-character invective against Democratic front-runner Joe Biden, giving the former vice president a somnolent nickname and calling him “not very bright.”

Despite the ability to broadcast his electoral weapon directly at his 60 million followers, could the president’s participation on his favorite social media network actually hamper his chances at winning a second term?

Nearly half of voters, 46 percent, in a POLITICO/Morning Consult poll say that, yes, Trump’s Twitter use hurts his reelection campaign — more than twice the number who say his direct-to-voters Twitter account is an asset.

The new POLITICO/Morning Consult poll was conducted after a particularly active week for Trump on the platform, following the release of the special counsel’s report on Russian election interference — which included a series of embarrassing, detailed stories of Trump’s efforts to stymie the investigation. In one 24-hour period before Biden’s entry into the presidential race last week, Trump tweeted or retweeted 50 times, by POLITICO’s count — with many of the posts aimed at the usual suspects: the news media, Democrats and even Twitter itself, which Trump suggested was “very discriminatory.”

Majorities of voters also say Trump’s use of Twitter hurts his presidency — 55 percent — and America’s standing in the world — 54 percent. Asked whether his Twitter use helps or hurts the country’s national security, 48 percent say it hurts, while only 13 percent say it helps. The poll was conducted before Trump’s Twitter threat toward Cuba on Tuesday.

As for the political ramifications, just 22 percent of voters say Trump’s use of Twitter will help his reelection campaign next year — roughly half the 46 percent who say it will hurt. Seventeen percent say Trump’s tweets won’t have much of an effect either way.

“President Trump’s breakneck use of Twitter is increasingly viewed by his base in a favorable light despite the divisiveness of some of his tweets,” said Tyler Sinclair, Morning Consult’s vice president. “Fifty-one percent of Republican voters say President Trump uses Twitter too much, compared with 58 percent who said the same in May 2018. Among the same group, 38 percent say his use of the social network will help his reelection efforts, while only 25 percent say it will hurt those efforts.”

And while voters may see Trump’s tweets as mostly self-destructive, they also think the president is inflicting damage on perhaps his most frequent target: the news media. Nearly half, 46 percent, say Trump’s use of Twitter hurts the news media, while only 20 percent say it helps the media.

Morning Consult is a nonpartisan media and technology company that provides data-driven research and insights on politics, policy and business strategy.