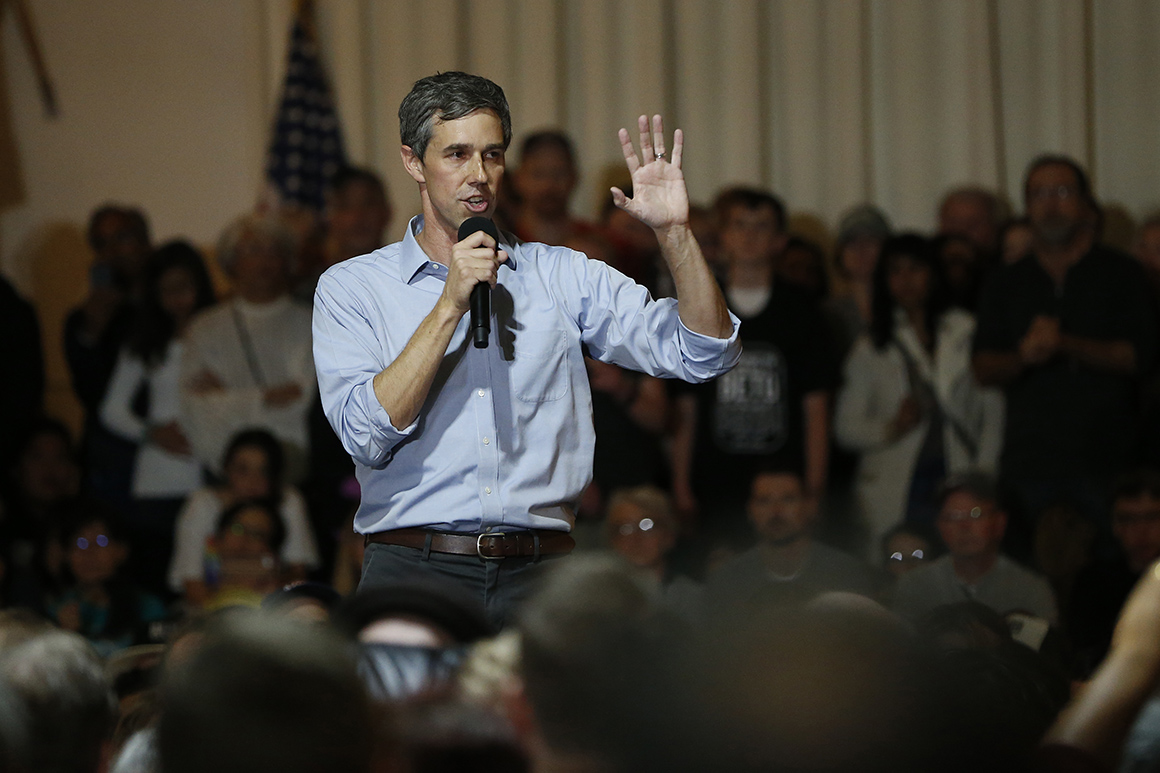 Beto O’Rourke on Wednesday pledged not to accept campaign contributions of more than $200 from fossil fuel company executives, announcing that he had returned donations to his presidential campaign that don’t conform to that pledge’s requirements.

O’Rourke’s action does not exclude him from taking money from rank-and-file employees of the oil industry. The former Texas congressman had been criticized for taking donations from such employees during his U.S. Senate run last year. He has defended the practice, citing employees from a wide range of industries who donated to his campaign.

In a video, O’Rourke said he signed the No Fossil Fuel Money pledge not to take money from oil executives, lobbyists or PACs “in large part because I was asked to” by students, young people and activists he has met while campaigning. He said he had been persuaded that given the enormity of the threat of climate change, “We don’t want there to be any real or perceived conflicts of interest.”

“We don’t take PAC money or accept help from corporations, lobbyists, and special interests," O’Rourke said in a prepared statement. "But given the enormity of climate change, the greatest threat we face, we want to go further and be clear about where we stand as we all come together to build the largest grassroots campaign this country has ever seen."

The announcement brings O’Rourke in line with several other presidential contenders who have signed the pledge, including Sens. Bernie Sanders (I-Vt.), Elizabeth Warren (D-Mass.) and Kirsten Gillibrand (D-N.Y.), South Bend Mayor Pete Buttigieg and Washington Gov. Jay Inslee, according to the pledge’s website and the group Oil Change U.S.

O’Rourke’s pledge comes two days after he outlined an ambitious proposal to address climate change, calling for $5 trillion to be spent over the next decade in an effort to sharply curb greenhouse gas emissions.

The youth-led environmental group Sunrise Movement praised O’Rourke on Wednesday, writing on Twitter, “We applaud Beto for being responsive to the concerns of young people across the nation.”