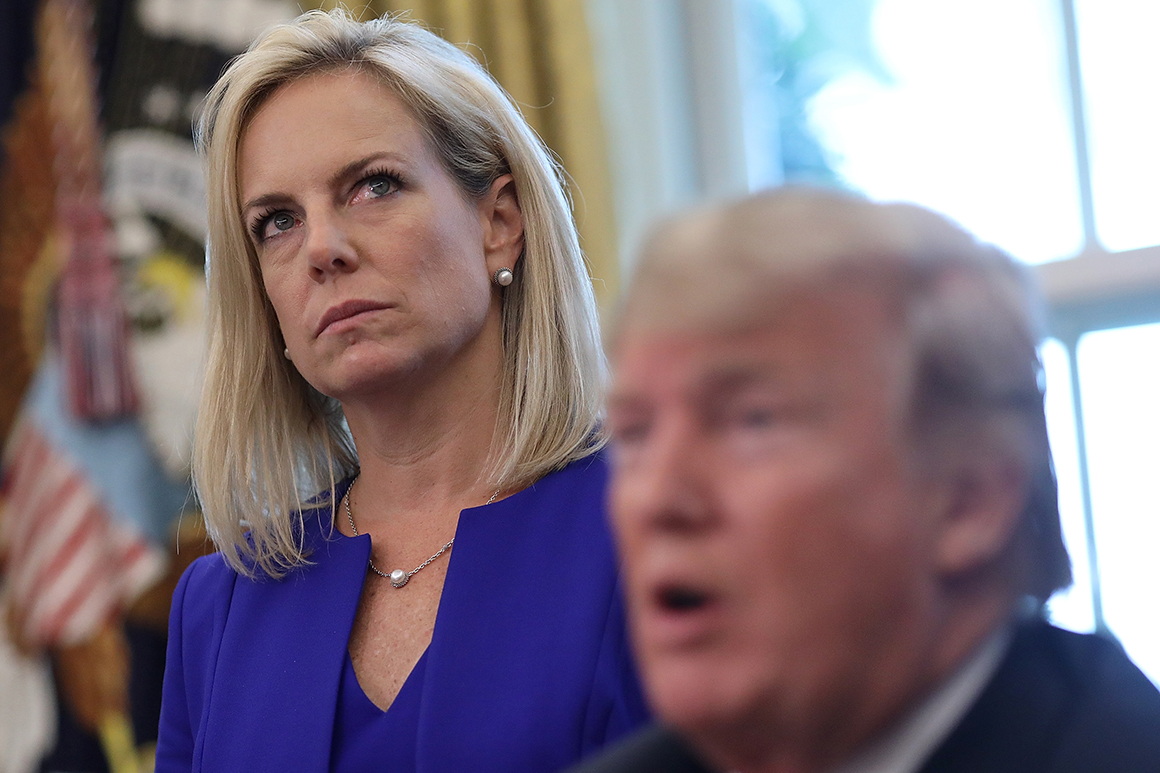 The organizations, which previously urged corporate America to shun departed Trump officials such as former Homeland Security Secretary Kirstjen Nielsen, are now turning their attention to the academic world.

The coalition is running advertisements in the student newspapers at Harvard, Stanford and the University of Virginia. The ads say “Don’t let hate into your lecture halls” and list the names of former and current Trump administration officials on a chalkboard in front of a red MAGA-style hat that says “Put Kids in Cages.” The advocacy group Restore Public Trust is leading the campaign.

In an open letter to university leaders, the coalition urges them to “make it clear that your college or university will not hire or bestow a fellowship or other honor to anyone involved in the development, implementation, or defense of the Trump administration’s family separation immigration policy.”

Politicians and cabinet officials have long landed roles in the academic world after leaving government service. But that career path has become more polarizing during the Trump era.

For example, the University of Virginia’s hiring of former Trump aide Marc Short last year drew backlash on that campus, including from two historians who quit a university public policy center in protest of the decision.

The liberal groups seeking to block Trump officials from working on campuses acknowledge that most universities seek to foster a “spirited, intellectually rigorous debate” on their campuses. But, their letter says, the Trump administration’s separation of children from their parents at the border is “so heinous” that it demands the rejection of officials involved.

“Some of these individuals have left the administration in recent months, many now trying to distance themselves from the horrible policy in a vain attempt to rehabilitate their reputations,” the letter says. “Regardless of when they leave, they should not be allowed to seek refuge in your classrooms, lecture halls, or auditoriums.”

The coalition is made up of more than 40 civil rights, immigration, and progressive groups. It includes America’s Voice, the National Immigration Law Center, Center for Popular Democracy, American Bridge, Southern Poverty Law Center and RAICES.