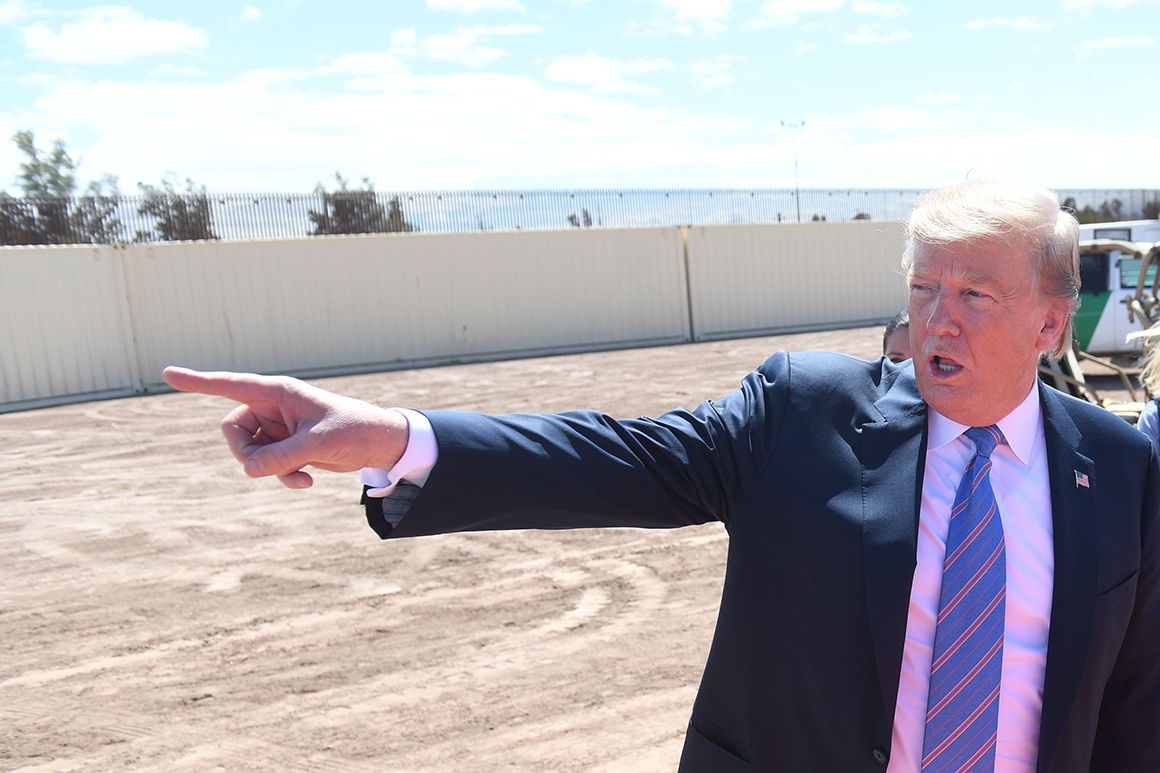 The White House is expected to soon ask Congress for billions of dollars in emergency funding to deal with the humanitarian crisis at the U.S.-Mexico border, according to multiple sources, although none of these funds will be used for a border wall.

The request, which has been under discussion for about a month inside the White House, could come as soon as this week, said the sources, although the timing is still unclear.

The supplemental spending request is likely run into resistance from House Democrats, still upset over President Donald Trump’s decision to declare a national emergency and divert Pentagon funds to his border wall project. Democrats and others have sued Trump over that action.

The debate will also give Democrats a chance to question administration officials over the Trump’s immigration policies, including changes to U.S. asylum regulations, detention of minors and families, and a hugely controversial plan to send migrants to “sanctuary cities,” an idea floated publicly by Trump to heavy Democratic criticism.

In addition to more money for the Homeland Security Department, the White House is also expected to seek additional funds for HHS and the Justice Department — “every stage of migrant processing,” said one source familiar with the request.

The White House did not immediately respond to a request for comment.

There has been a record surge of migrant families arriving at the U.S. border this spring, and DHS has been forced to reassign employees to deal with the influx. Trump has ordered roughly 3,000 active-duty U.S. troops to the border region, on top of the approximately 2,000 National Guard troops that have also been deployed.

Trump has repeatedly threatened to shut down all or part of the southern border if Mexico does not cut off the flow of migrants trying to enter the United States, a move that could trigger economic problems for both counties.

Getting a border funding bill through Congress is going to be difficult, note GOP and Democratic aides. A disaster aid supplemental package has already bogged down in a dispute between Trump and Democratic leaders over funding for Puerto Rico, and a new border supplemental request could follow that same path.

House Democrats — who have fought the White House’s immigration policies tooth and nail — are unlikely to even seriously consider the administration’s full request.

Instead, Democrats say they’re willing to consider doling out cash for only certain programs within DHS, with no new money for enforcement.

And Democrats will only agree to add money toward humanitarian efforts, according to one Democratic aide familiar with internal deliberations.

That means more money to improve detention facilities or to coordinate with nonprofits, for example, but no windfall for agencies like Immigration and Customs Enforcement, which some progressive Democrats have sought to gut.