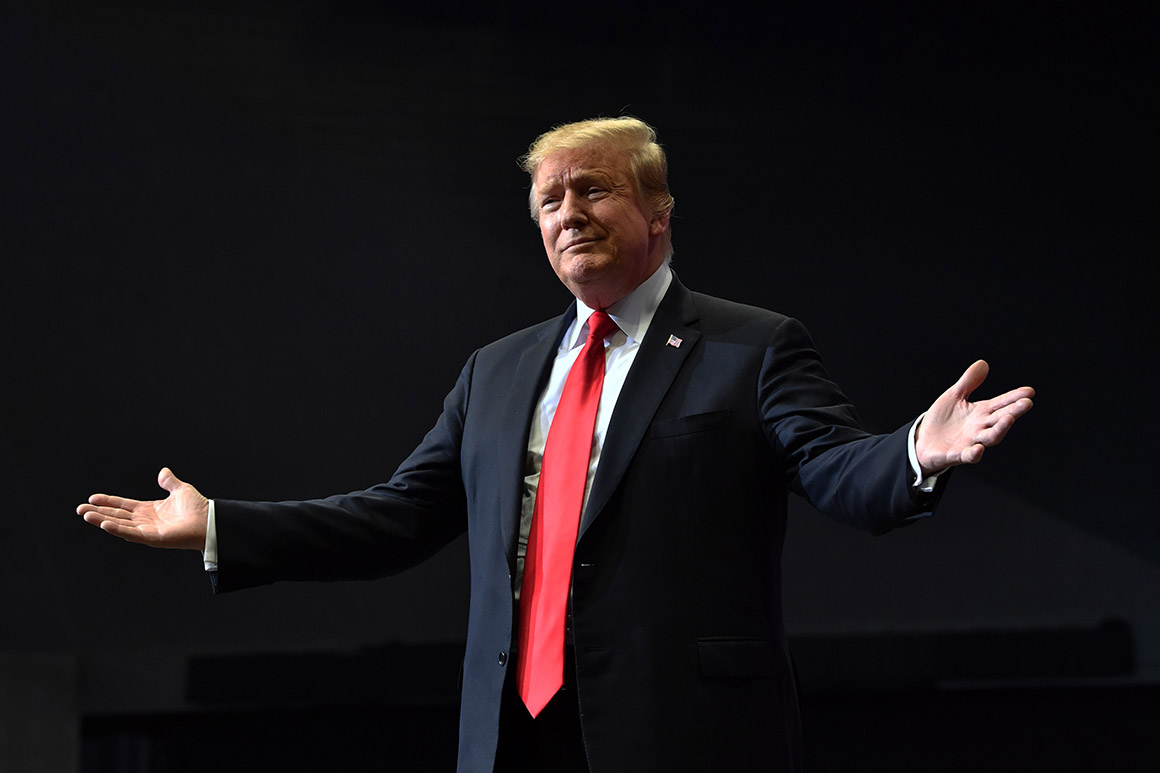 For his closest advisers, President Donald Trump is a godsend — literally.

Trump’s campaign manager says the president was sent by God to save the country. The White House press secretary thinks God wanted Trump to be president. And the secretary of state believes it’s possible that Trump is on a holy mission to protect the Jewish people from the threat of Iran.

Forget the allegations of extramarital affairs, the nonstop Twitter insults and the efforts to close off the border to migrants. Trump’s allies insist that his presidency is divinely inspired.

“There has never been and probably never will be a movement like this again,” Brad Parscale, the president’s campaign manager, wrote Tuesday morning on Twitter. “Only God could deliver such a savior to our nation and only God could allow me to help. God bless America!”

Parscale’s tweet, the latest example of a Trump adviser casting the president as a savior, comes as the White House is preparing to host religious leaders on Wednesday and Thursday for the National Day of Prayer, an annual event in which people of all faiths are encouraged to “pray for the nation.“

The president, who doesn’t regularly attend church services, has emerged as an unlikely ally of the evangelical right, building close relationships with influential conservative religious figures. The White House screened a controversial anti-abortion documentary earlier this month, part of a broader strategy to energize evangelical voters ahead of the 2020 election by amplifying false claims about late-term abortions.

But for observers of American history and advocates for the separation of church and state, the assertions that Trump’s presidency is endorsed by God are alarming.

“Christians should beware of a political use of the word savior, which goes to the very heart of our faith. This particular statement is a gross expression of Christian nationalism, which I define as equating Christian and American identities,” said Amanda Tyler, executive director of the Washington-based Baptist Joint Committee for Religious Liberty. “People of faith know that God is much larger than any one candidate, party, election or country.”

Timothy Naftali, a presidential historian, said: “What these political lieutenants are saying to the faithful is that you have no choice; God has told you how you must vote.“

He continued: “Republican administrations historically have talked about individual rights, the autonomy of the individual, preventing government from dictating political choice. By bringing the sacred into politics, they are actually imposing a view onto his followers and depriving them of a freedom of choice.”

And even some of Trump’s most vocal evangelical backers have some qualms with the notion that God wanted him to win the presidency.

“If you give God credit for a good president, than you’ve got to blame God when you have a bad one. So I don’t think that’s the way to look at it,” Jerry Falwell Jr. told POLITICO, adding later: “I don’t think you can say that God gives us good leaders. What do you do when you get a bad one, say God messed up? That’s silly.” 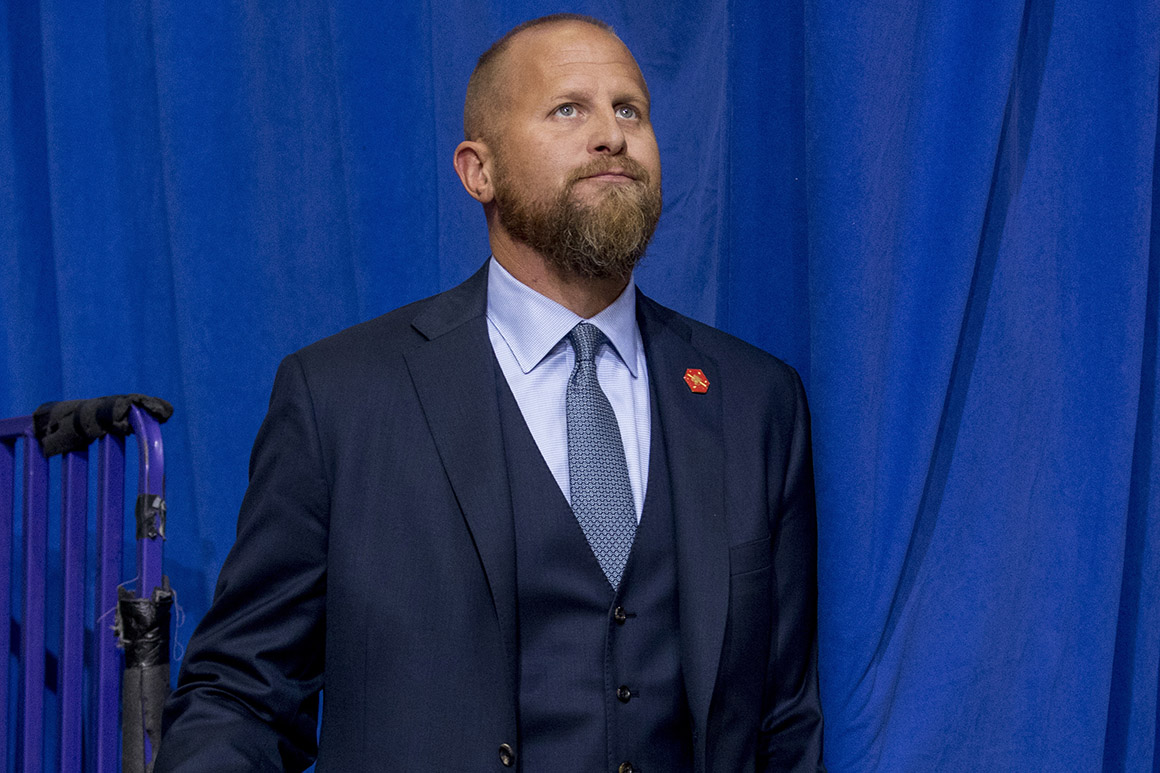 Falwell, the president of Liberty University, has long maintained that he and other evangelicals support Trump because they agree with his policies, often seeming to dismiss allegations of marital infidelity and mistreatment of women. “I don’t think he needs to come forward. I think everyone knows his past,” Falwell told CNN last year when asked about allegations of past affairs.

“God called King David a man after God’s own heart even though he was an adulterer and a murderer,” Falwell said in 2016 after endorsing Trump. “You have to choose the leader that would make the best king or president and not necessarily someone who would be a good pastor.”

Falwell said he would be among the attendees at a National Day of Prayer dinner at the White House on Wednesday night with the president and first lady Melania Trump.

Parscale, who did not respond to a text message seeking comment, isn’t the first Trump ally to make the case that Trump is carrying out God’s will.

“I think God calls all of us to fill different roles at different times, and I think that he wanted Donald Trump to become president,” Sarah Huckabee Sanders, the White House press secretary, said in an interview with Christian Broadcasting Network News earlier this year. Sanders did not comment on this story.

And Secretary of State Mike Pompeo suggested in March that Trump might have been sent to protect the Jewish people from the threat of Iran.

“Could it be that President Trump right now has been sort of raised for such a time as this, just like Queen Esther, to help save the Jewish people from the Iranian menace?” a reporter for the Christian Broadcasting Network asked Pompeo during a visit to Israel.

“As a Christian, I certainly believe that’s possible,” Pompeo replied.

Sanders was raised Southern Baptist, and Pompeo, according to a Washington Post article last year, often attends Eastminster Presbyterian Church in Kansas, which is affiliated with the conservative Evangelical Presbyterian denomination.

Trump’s allies might have some backing from many Republicans. A Fox News poll released earlier this year found that 45 percent of Republicans believe God wanted Trump to be president. That figure is even higher among evangelicals.

Campaign advisers think evangelicals will be crucial to Trump’s reelection chances. And the president’s defenders argue that his opponents dismiss them at their peril.

“Liberals may have gotten a few chuckles out of Sanders’ remark, but they don’t seem to realize that the joke is actually on them,” Paula White, a pastor who leads Trump’s evangelical advisory board, wrote after the press secretary came under fire for her comments.

“No matter how much they try to deride religion in the news and popular culture, the vast majority of Americans are believers,” she added. “Furthermore, when you consider everything that President Trump has done for people of faith since taking office, it’s easy to see why so many of them agree with Sanders that Donald Trump is doing God’s work.”