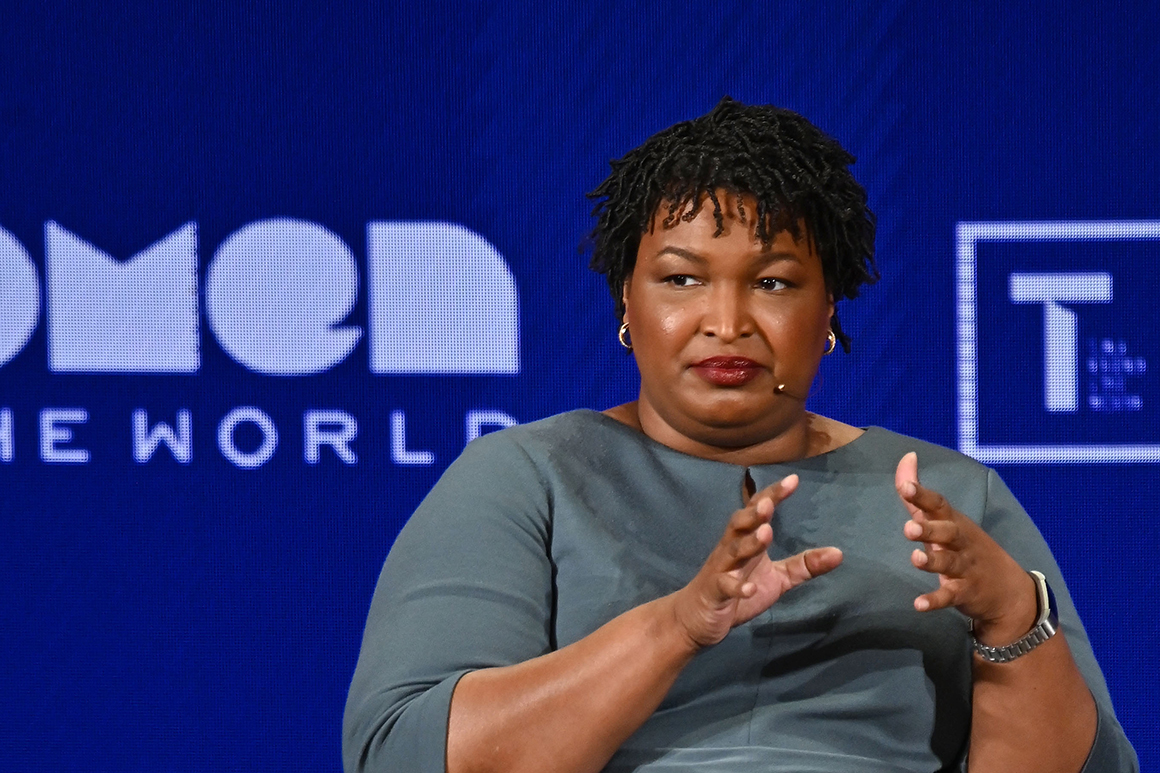 Democrat Stacey Abrams will not run for Senate next year in Georgia, she announced Tuesday morning, leaving Democrats without a top recruit to challenge GOP Sen. David Perdue.

"The fights to be waged require a deep commitment to the job, and I do not see the U.S. Senate as the best role for me in this battle for our nation’s future," Abrams said in a video posted to her social media accounts. "But let’s be clear: I will do everything in my power to ensure Georgia elects a Democrat to the United States Senate in 2020."

For months, Abrams has publicly deliberated over whether to enter the 2020 presidential race, run for Senate in Georgia next year or try to avenge her narrow defeat in last year’s governor’s race when GOP Gov. Brian Kemp is up next in 2022.

Abrams lost to Kemp by 1.4 percentage points last year — and while she has long coveted the governorship, Senate Minority Leader Chuck Schumer (N.Y.) has recruited her intensely to run against Perdue. But seen by many as a potential rising star within the party, Abrams has chosen, for now, not to mount another statewide campaign in red-leaning Georgia.

Her decision was first reported by CNN, which said Abrams met with Schumer on Monday to inform him of her plans. Two sources confirmed to POLITICO that Abrams informed Schumer Monday of her plans.

While she has been mulling her political future, Abrams has built a national network that could benefit her if she runs for president. She is likely to take her time before deciding on a White House run: Abrams told POLITICO in an interview earlier this month she believed she could wait until fall — after the initial debates, and potentially after some candidates drop out of the race — to announce her run, saying there were advantages to waiting.

"My responsibility is to analyze it, decide if that’s the job for me and how I can win," she told POLITICO. "I believe based on my understanding of the contours of how to run a presidential race, September is actually an appropriate date."

If Abrams chooses to run for president, she would be the fourth Democrat to pass on potentially competitive Senate race for a White House bid, joining former Rep. Beto O’Rourke of Texas, Montana Gov. Steve Bullock and former Colorado Gov. John Hickenlooper.

Her decision to pass on the Senate is a blow to Democrats, who considered her their top recruit in Georgia. Schumer met with Abrams at least three times and was in touch more often, and enlisted allies to help Abrams work through the contours of the job.

Democrats still believe they can be competitive against Perdue in Georgia next year, though Abrams was their best opportunity to flip the seat. Teresa Tomlinson, the former mayor of Columbus, has already formed an exploratory committee and plans to run for the seat, and other Democrats are likely to join the race.

Republicans, meanwhile, taunted Schumer Tuesday morning after Abrams’ announcement. National Republican Senatorial Committee spokesperson Jesse Hunt called it Schumer’s "most embarrassing recruiting fail of the cycle" and said Democrats were "stuck with an assortment of second-tier candidates" for the race against Perdue.