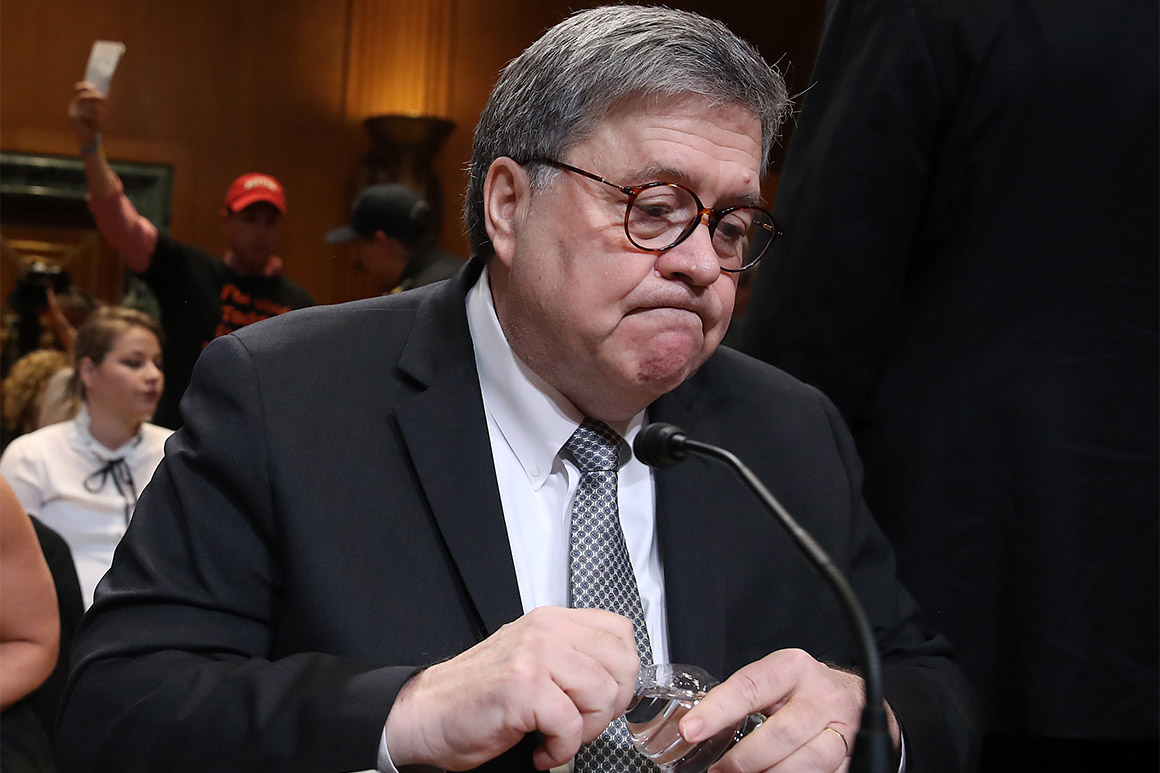 In a Tuesday letter, led by Senate Judiciary Committee member Sen. Mazie Hirono (D-Hawaii), Democrats accused Barr of misleading the public when he issued a four-page summary of special counsel Robert Mueller report’s on Russian interference in the 2016 election before releasing the full report.

In his summary, Barr wrote that the investigation found the Trump campaign did not collude with Russia and that he and Deputy Attorney General Rod Rosenstein concluded that there wasn’t enough evidence to establish that Trump obstructed justice.

“It is unclear what statute, regulation, or policy led the Attorney General to interject his own conclusion that the President’s conduct did not amount to obstruction of justice,” the Democratic senators wrote. “The Attorney General’s conduct is even more concerning given that the report itself identifies Congress’s impeachment authority and future prosecution once the President leaves office as possible ways to address the obstruction of justice evidence.”

The letter comes one day before Barr is set to testify before the Senate Judiciary Committee, his first appearance before Congress since the report’s release. The attorney general is also scheduled to appear before a House panel on Thursday, though the Justice Department has objected to the format of that hearing.

In addition to criticizing Barr’s summary, the Senators blasted the attorney general for demonstrating a “lack of impartiality” in his press conference April 18, when the Mueller report went public.

The letter calls on both the Justice Department’s Inspector General and the Office of Professional Responsibility to investigate whether the four-page letter and press conference were misleading.

Democrats in their letter ask the two offices to review Barr’s decision not to recuse himself from overseeing the Mueller investigation, in light of a 19-page memo he wrote last year, prior to becoming attorney general, that described Mueller’s investigation into possible obstruction of justice by President Donald Trump as “fatally misconceived.”

The Senators also asked for further probing of whether Barr acted appropriately by showing the report to the president’s lawyers before authorities released it publicly.

“We have serious concerns about the propriety of the Attorney General’s decision to grant access to the full redacted report, particularly when he did not appear to grant other individuals named in the report similar access,” they wrote.

They also questioned whether he had shown enough impartiality to oversee ongoing issues related to the Mueller investigation that were referred to the Justice Department and the Federal Bureau of Investigation.