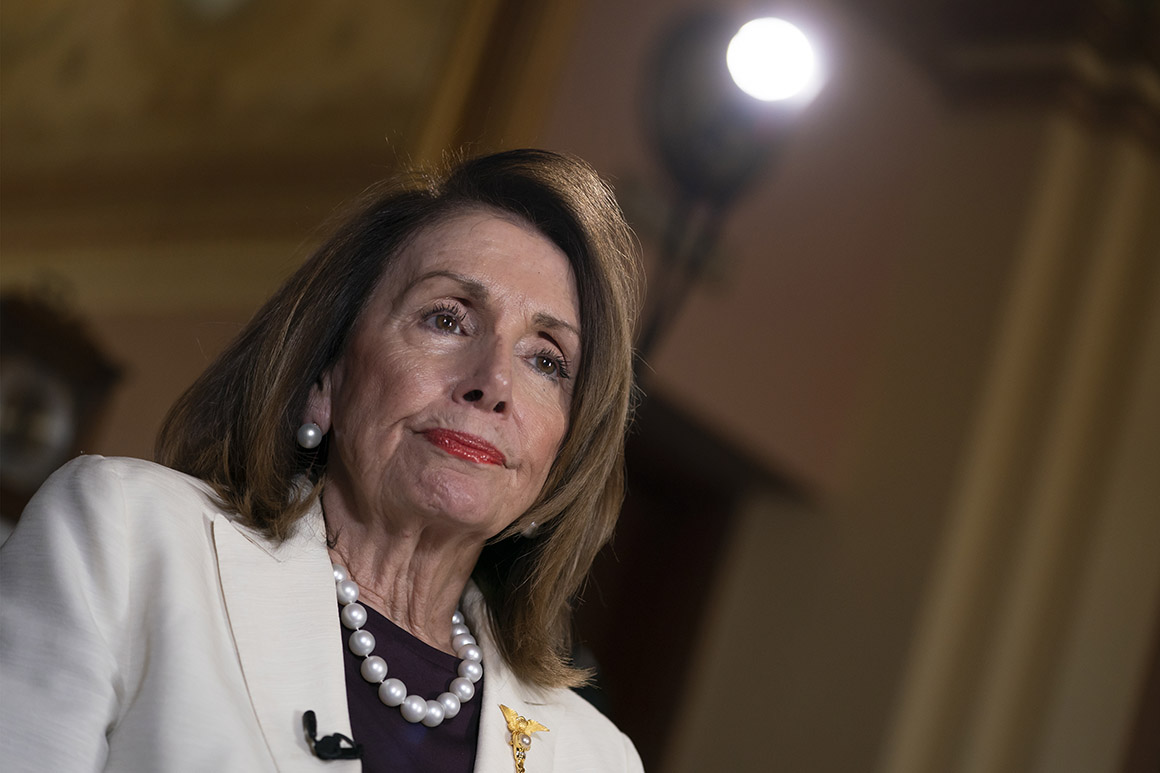 Speaker Nancy Pelosi and her leadership team are nowhere close to launching impeachment proceedings against President Donald Trump — with the chances diminishing as the 2020 election moves ever closer.

Democratic lawmakers and senior aides say that Pelosi and her deputies are unmoved despite a groundswell of impeachment talk among rank-and-file members who are infuriated by Trump’s stonewalling of congressional investigations.

And absent any bombshell testimony from Attorney General William Barr or special counsel Robert Mueller stemming from his report, they say, senior Democrats view the approaching 2020 election season as a likely hard deadline for any impeachment push.

“Everything’s got to be done this year. Next year forget about it,” said Rep. Bill Pascrell (D-N.J.), who said he sees more rank-and-file Democrats leaning toward impeachment but noted everything rides on Pelosi.

Even the most ardent supporters of ousting the president concede that the chance of launching proceedings against Trump gets ever slimmer once all of Washington — and the country — becomes consumed by the presidential election, and Democrats will be wary of an impeachment backlash.

“There’s a certain point in time … it becomes an issue, for sure,” said Rep. John Yarmuth (D-Ky.), an impeachment supporter, of the looming calendar.

Added a senior Democratic aide: “The closer you get to an election year, it’s not going to happen,” the aide said. “I don’t see any way we go there. I just don’t think there’s enough there.”

It’s a sign of how little has actually changed since the release of Mueller’s report, which some Democratic supporters of impeachment had hoped would be the catalyst they needed to spur a formal impeachment inquiry.

The report, plus Trump’s escalating hostility toward congressional subpoenas and investigations, has sparked even some seasoned Democrats to suggest they’re more open to impeachment than they had been. But they make clear that without Pelosi’s blessing, the effort is dead.

“More members that speak out may think that this is what’s going to bring about a new reality,” Pascrell said. “I don’t think so. Nancy has to be committed.”

Even Democrats who have recently spoken up in favor of impeachment, like Rep. Val Demings (D-Fla.), said they see why Pelosi and other members of leadership aren’t moving in that direction.

“I think the leadership has to be like a good quarterback. They have to have the ability to see the entire field,” said Demings, a member of the House Judiciary Committee, the panel tasked with launching impeachment proceedings.

Leadership aides and top lawmakers say Pelosi’s calculus has not changed, despite devastating evidence outlined in Mueller’s report on Trump’s alleged attempts to obstruct justice and his bellicose posture toward congressional subpoenas.

The main conditions Pelosi and other senior lawmakers have said must be met if Democrats are going to pursue impeachment — a well of public support and at least some Republican buy-in — have not materialized since Mueller’s full report was released less than two weeks ago.

And it’s not just Pelosi. Other senior members of her team, like Majority Leader Steny Hoyer (D-Md.) and Majority Whip Jim Clyburn (D-S.C.), are in lockstep.

To be sure, Pelosi, Hoyer and Clyburn have not ruled out impeaching the president. They want to allow the six committees investigating Trump’s administration, finances and businesses to continue their work — using the Mueller report as a roadmap. House Democrats will make a final decision once those probes are finished.

But the speaker and her top deputies know they must strike a delicate balance between the party’s liberal base — clamoring for impeachment proceedings — and more moderate swing voters, who might be turned off by what could be perceived as Democratic overreach without any Republican support. House Democrats could win the fight over impeachment and lose the war over Trump’s presidency.

And right now, both the public and the caucus aren’t there.

Impeachment didn’t come up at all during Democrats’ closed-door caucus meeting Tuesday, their first time back together since the Mueller report was released. And members across the ideological spectrum said voters rarely — if ever — asked about Mueller report and impeachment in their districts during the two-week congressional recess.

Illinois Rep. Cheri Bustos, a swing-district Democrat who also chairs the caucus’ campaign arm, said no one brought up the idea of impeachment during her public events. And Rep. Mark Pocan (D-Wisc.), co-chairman of the Congressional Progressive Caucus who represents one of the bluest House districts, said the topics were also barely raised during his time back home.

“While, around here, people like to ask the impeachment question, I think it’s less back home now than prior to the report. Because people understand there’s some easy, simple steps we have to do,” Pocan said in an interview, noting the ongoing investigations by various House panels. “And the president, again, will really expose himself if he doesn’t cooperate.”

Still, the actual appetite for impeachment inside the caucus could soon be on full display. Rep. Al Green (D-Texas), a long-time impeachment pusher, is promising to force another vote on the issue on the House floor, although he won’t say when. House Democratic leaders are not working behind the scenes to force Green to back off, according to aides, but don’t expect his effort to be successful.

“You can’t impeach someone for threatening to do something,” a senior Democratic aide said of Trump’s promises to continue stymieing House investigations. “Will that lead to more people probably calling for him to be impeached? Yes. But will it lead to impeachment? Not necessarily.”

In the absence of a more concerted push toward impeachment, Democrats have begun floating other draconian measures to punish Trump and his allies — from raising the prospect of levying fines and jailing those who don’t cooperate with their investigations to formally censuring Trump to challenging the president in court.

The top Republican on the House Judiciary Committee said Democrats’ increasingly aggressive tactics amount to an attempt to convince their base they’re taking the hardest possible line against Trump without actually opening impeachment proceedings.

“They know they don’t have the will or fortitude to have an impeachment resolution,” Rep. Doug Collins (R-Ga.) said.

Collins characterized the Democrats’ efforts to investigate Trump for obstruction of justice and to spar with Barr over access to Mueller’s report as a “sideshow of theatrics” because “they didn’t get what they wanted out of the report.”

Since the Mueller report was published, the president has filed two federal lawsuits to block banks and accounting firms from complying with subpoenas for his financial records, accusing Democrats of trying to stifle his presidency with one-sided investigations.

“I think the president is responsible for the fact that more members are openly talking about it,” said Rep. Dan Kildee (D-Mich.). “He is of the belief that our Article I authority represents a coup. And he is trying to create an environment where it looks like this. So who knows, maybe he wants this.”

Sarah Ferris contributed to this report.