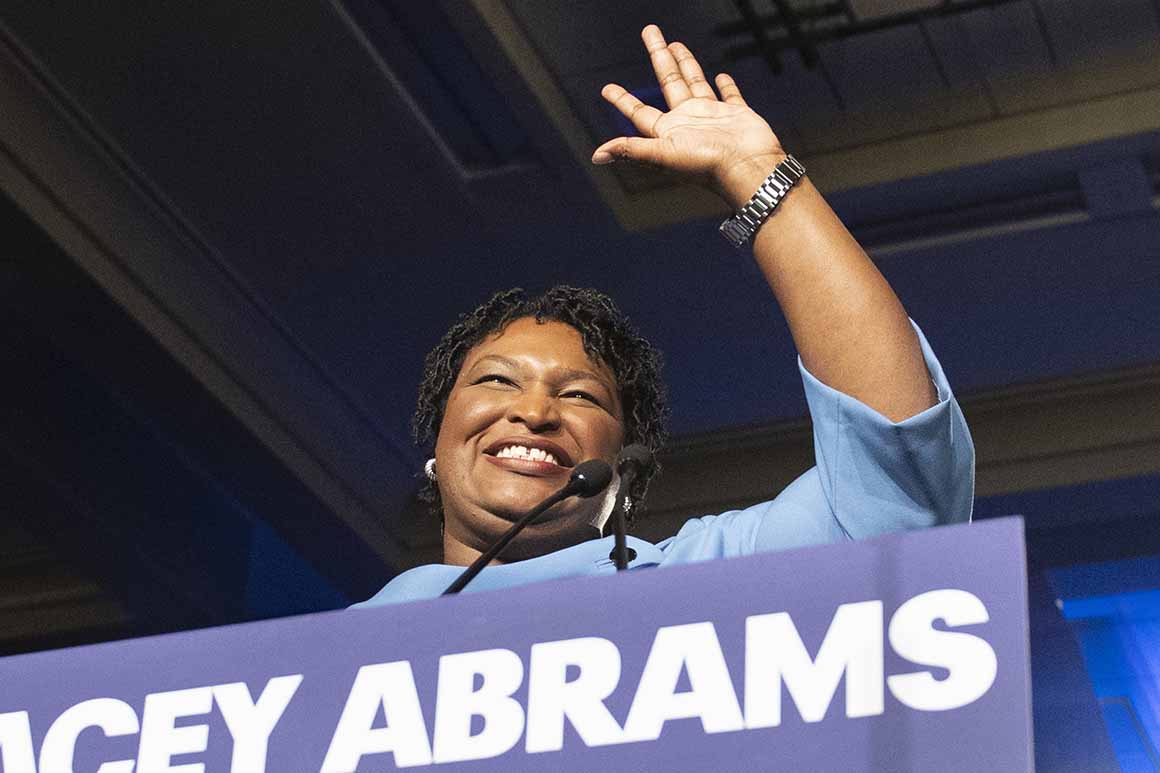 Senate Democrats’ bid to take back the majority is running into a big roadblock: Some of their most coveted recruiting targets are refusing to run.

After straining to defend seats in bright-red states in 2018, Democrats are focused on picking off Republicans to claim the Senate majority. But, so far, a number of the party’s high-profile recruits have said no to Minority Leader Chuck Schumer and the party’s campaign arm.

Stacey Abrams, a rising star in the party after nearly winning the Georgia governor’s race last year, passed on a Senate run Tuesday despite a sustained and public recruitment that included multiple meetings with Schumer. Hours later, Rep. Cindy Axne, who flipped a swing district last year, confirmed she was running for the House again — and not challenging Iowa’s first-term Republican senator, Joni Ernst.

Democrats haven’t struck out completely: Former astronaut Mark Kelly in Arizona was a huge get in a critical battleground state. But three Democrats in other key states have passed on Senate bids to run for president despite the crowded field, and the party has missed out on their top recruits in Georgia and North Carolina.

“The Senate is not an appealing place for smart, talented candidates because it’s a broken institution. And Democrats have not yet offered a vision for how to fix it, aside from wringing their hands and wishing things were different,” said Adam Jentleson, a longtime aide to former Majority Leader Harry Reid (D-Nev.). “What’s the pitch? ‘Come here, do nothing and let Mitch McConnell eat your lunch every day?’”

Sen. Catherine Cortez Masto (D-Nev.), chair of the Democratic Senatorial Campaign Committee, denied she and Schumer had blown it. Democrats only need to flip a handful of seats, and they’ll be in a position to get them, she said.

“We don’t need all of these states to take back the majority. We just need three or four. And we’re going to do really well,” Cortez Masto said. “Just because we don’t get somebody that you’re aware of doesn’t mean we’re not going to have somebody that can beat those Republican incumbents.”

Schumer declined to answer whether Abrams’ decision was a personal rejection for him, but said the party will find a strong candidate to take on freshman Sen. David Perdue.

“We’re going to win in Georgia. And we have lots of good candidates in many different states, including Georgia,” Schumer said.

Interviews with nearly a dozen Democratic senators and strategists turned up little overt concern about the status of the Senate map. It’s very early in the cycle, they said, and the party has promising prospects in battleground races who haven’t officially announced yet. Sens. Jacky Rosen of Nevada and Kyrsten Sinema of Arizona, the two Democrats who flipped seats last cycle, announced in July and September of the year before the election, respectively.

But privately, some Democrats are alarmed by the lack of candidates.

“We really need to get some good recruits as quickly as possible,” said one Democratic strategist who is a veteran of Senate races, speaking on condition of anonymity in order to be candid. The strategist expressed optimism about the national political environment but cautioned: “We just need enough candidates to ride the wave if it comes.”

The party’s path to the majority is narrow. Democrats have to win three seats to flip the Senate if they win the presidency, and four if they don’t. Only two Republicans are running in states Hillary Clinton carried in 2016, and Democrats are defending two seats in states President Donald Trump won, including in solidly Republican Alabama. That means Democrats will have to win multiple races in red states to win the chamber.

Some Democrats are concerned that the party’s focus on its upcoming presidential nominating process is distracting from the groundwork needed for its Senate efforts.

“I worry a little bit that the activists and donors and regular Democrats across the country haven’t quite internalized the importance of taking back the Senate,” said Sen. Brian Schatz (D-Hawaii). “But there’s a fair amount of time to make that argument.”

Republicans have jumped at criticizing Democrats for the missed recruits and are optimistic about keeping their majority.

“Look at the map. Look at the states that Democrats were hoping to contest, including the states that have sort of been Republican-leaning. They haven’t gotten their top tier candidates,” said Senate Majority Whip John Thune (R-S.D.). “And it all starts with good candidates if they have any hope of winning in some of these places.”

Democrats counter that Republicans haven’t had recruiting success yet either: They have yet to lock down candidates in Michigan and New Hampshire to challenge Democratic incumbents and could face competitive primaries in Kansas and Alabama that could complicate races in red states. But those factors alone are unlikely to cost the GOP its majority.

Democratic senators also said that they would soon have new recruits to announce that would refute the GOP’s narrative. And they said some of the Democrats who have passed on Senate races to run for other offices, including the presidency, could change their minds and transform the landscape. That list includes former Colorado Gov. John Hickenlooper, former Rep. Beto O’Rourke (D-Texas) and Montana Gov. Steve Bullock. Hickenlooper and O’Rourke spurned calls to run for Senate to seek the presidency, and Bullock appears likely to enter the presidential race soon instead of challenging GOP Sen. Steve Daines.

Sen. Bob Menendez (D-N.J.), a former DSCC chair, said "it’s early enough" in the cycle that if their presidential bids flame out, "then some of them may opt in to an opportunity for the Senate.”

In Georgia, Democrats turned to other options after Abrams passed. Teresa Tomlinson, the former mayor of Columbus, plans to run, and Sarah Riggs Amico, who ran for lieutenant governor in 2018 alongside Abrams, is considering a campaign. She said in a statement Tuesday that “dysfunction paralyzing Washington is actively harming Georgia workers and families, and we can’t allow it to go unchallenged.”

Perdue said he’s still preparing for a competitive election, even without Abrams’ star power in the race.

"We’re going to run against somebody from the Democratic side that’s going to be well-funded, and they’re going to espouse these radical, social agenda that they’re trying to perpetrate right now," he said. "So I’m geared up."

Axne’s decision to pass on the Iowa Senate race was viewed by Democrats as much less significant. Axne didn’t publicly express interest in the Senate despite meeting with party leaders to discuss it — and few Democrats in Iowa or Washington expected her to run. Others are considering running, including Theresa Greenfield, a businesswoman who grew up on a farm in the state, and J.D. Scholten, a former professional baseball player who narrowly lost to Rep. Steve King last year. Some Democrats view both as better recruits.

And Democrats have had other successes. In Texas, MJ Hegar, an Air Force veteran who narrowly lost a House race in 2018, is running against Sen. John Cornyn, though she could face a primary against Rep. Joaquín Castro, who is expected to decide this week whether to run.

In North Carolina, state Attorney General Josh Stein was seen as a top-tier recruit, but passed early on challenging GOP Sen. Thom Tillis. Democrats are still searching for a candidate, but several state legislators and former elected officials are seen as potential recruits.

Democrats acknowledge Sen. Susan Collins (R-Maine) will be difficult to beat, but argue she is more vulnerable than ever. They’ve yet to land a candidate in the race, but state House Speaker Sara Gideon and former state House Speaker Hannah Pingree are considered strong options. And there is a pot of nearly $4 million raised by activists after Collins’ vote last year to confirm Brett Kavanaugh as a Supreme Court justice waiting for the Democratic nominee.

In the past four years, Democrats have struck out with boldface names in high-profile races: Russ Feingold in Wisconsin, Phil Bredesen in Tennessee and Ted Strickland in Ohio. Some Democrats argue that the over-reliance on those types of candidates should come to an end.