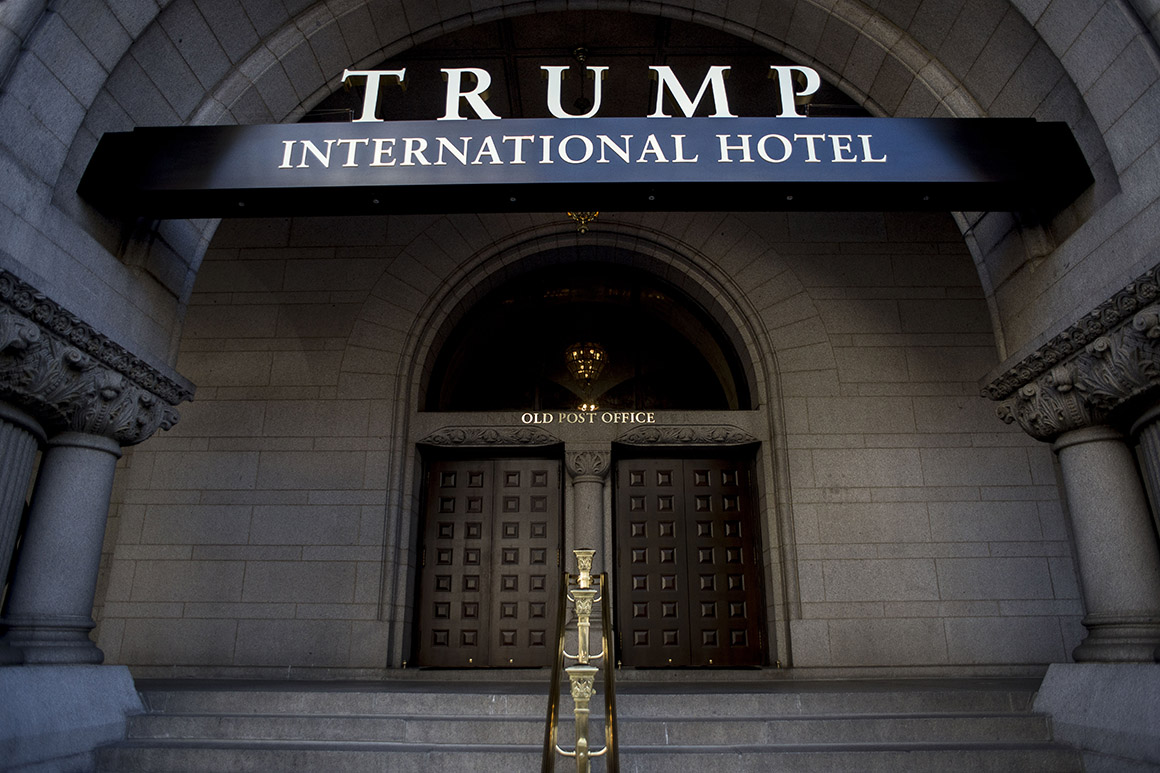 Democratic lawmakers scored another victory Tuesday in their lawsuit accusing President Donald Trump of violating the Constitution by doing business with foreign governments.

U.S. District Court Judge Emmet Sullivan rejected the Justice Department’s argument that the term “emolument” in the Constitution should be read narrowly to apply to payments that amounted to bribes for official presidential actions.

The decision to allow the suit to continue opens the door to possible efforts by the House members and senators to use the case to pry free information about Trump’s business dealings and how the Trump Organization implemented a self-imposed agreement to limit foreign business at Trump’s luxury hotel in Washington and elsewhere.

However, the Justice Department and Trump’s attorneys seem certain to fight that effort. When a similar stage neared in a parallel lawsuit filed by the District of Columbia and the State of Maryland, Trump’s lawyers went to a federal appeals court and successfully got the so-called discovery process put on hold.

Asked about the ruling, Justice Department spokeswoman Kelly Laco said government lawyers will keep up the fight against the lawsuit.

“As we argued, we believe this case should be dismissed, and we will continue to defend the President in court,” she said.

Sullivan’s 48-page opinion delves deeply into the arguments about how to interpret the so-called foreign emoluments clause and concludes that it prohibits all payments and benefits from foreign governments, not just extra money foreign officials might try to pay to a president on account of his office.

“The Court is persuaded that the text and structure of the Clause, together with the other uses of the term in the Constitution, support plaintiffs’ definition of “Emolument” rather than that of the President,” wrote Sullivan, an appointee of President Bill Clinton.

“In view of the overwhelming evidence pointing to over two hundred years of understanding the scope of the Clause to be broad to achieve its purpose of guarding against even the possibility of ‘corruption and foreign influence’ … the Court is persuaded that adopting plaintiffs’ broad definition of ‘Emolument’ ensures that the Clause fulfills this purpose,” the judge added.

The Democratic lawmakers who launched the legal battle said they were elated at the ruling.

“This decision is a tremendous victory and vindication of a common sense reading of the Constitution. In an extraordinarily well-reasoned opinion, the court soundly rejected the President’s absurd argument that he is above the law. The next step should be discovery and full disclosure of all the documents and evidence relevant to our emoluments claims,” said Rep. Jerry Nadler (D-N.Y.), chairman of the House Judiciary Committee.

“The ruling is an important milestone in seeking to hold the President accountable for his ongoing violations of the Foreign Emoluments Clause of the Constitution,” Nadler continued.

“The Framers made it clear that government officials from the President on down were not to accept any benefits from foreign governments without first obtaining the consent of Congress. The Framers didn’t want the President to be influenced by foreign powers like Spain, England, and France in the 1780s or Russia or Saudi Arabia today. I am gratified that today the court agreed with me, Senator [Richard] Blumenthal and 199 members of Congress who brought this case, that the President’s loyalty to the United States must be complete and undivided. While much work remains to be done, today’s ruling is a victory for the Constitution — and a rejection of the President’s arguments.”

Sullivan reached no conclusion on the facts about whether Trump is actually violating the clause. He said those issues would wait for a later phase of the case, but the judge did rule Tuesday that he has power to order an injunction against the president if a violation is found.

However, three 4th Circuit judges who took up the case last month sounded deeply hostile to it, so an opinion is expected soon that could stymie that litigation.

Last September, Sullivan issued a separate ruling finding that the lawmakers had legal standing to continue with the suit.

There is no immediate threat to Trump of discovery beginning in the lawmakers’ suit because Sullivan ordered additional briefing in the coming weeks on whether he should certify both his rulings for immediate appeal to the D.C. Circuit.

In the time since the slow-moving suit was filed in 2017, Democrats have taken control of the House and now have subpoena power, which offers them another mechanism for obtaining information about Trump’s business with foreign entities.

But Trump is mounting an aggressive legal campaign against those efforts by filing two lawsuits in recent days aimed at blocking an accounting firm and two banks from complying with House subpoenas.