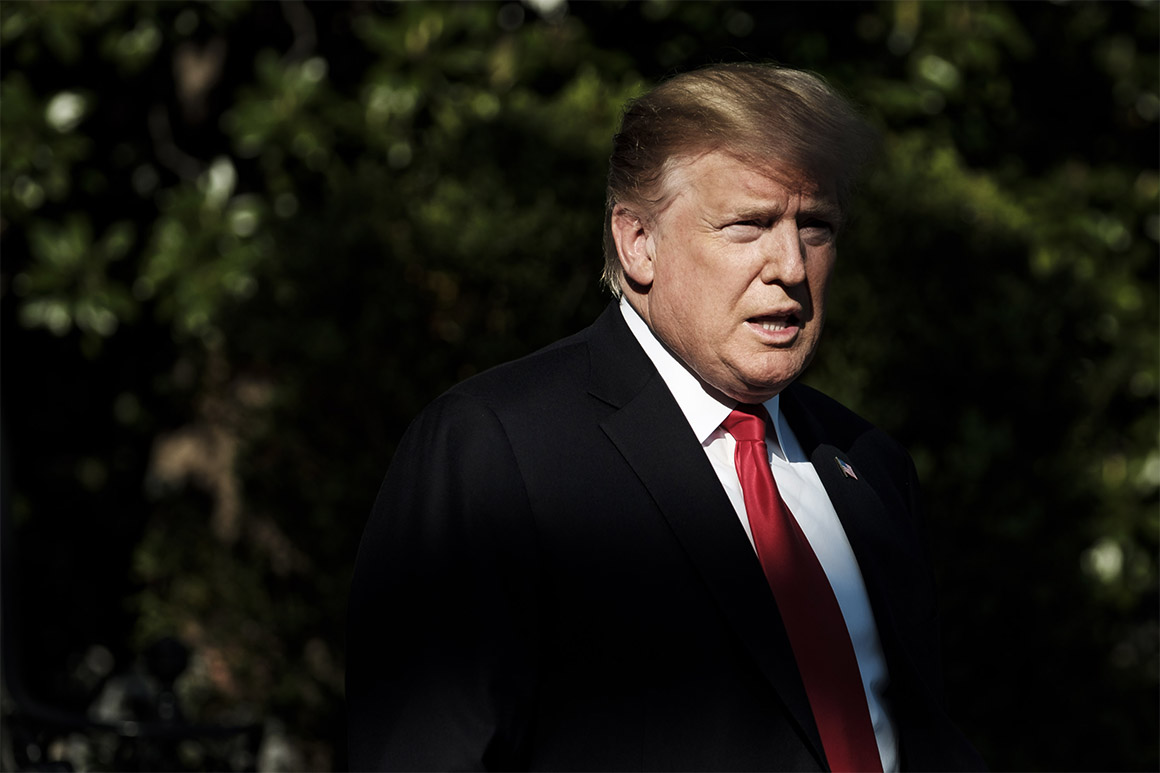 President Donald Trump on Monday suggested the Democratic primary is being rigged to favor Joe Biden, blaming the media for the former vice president’s frontrunner status.

“The Media (Fake News) is pushing Sleepy Joe hard,” Trump said in a tweet. “Funny, I’m only here because of Biden & Obama. They didn’t do the job and now you have Trump, who is getting it done – big time!”

Trump has railed against Biden — whom he calls “Sleepy Joe” on Twitter — repeatedly since the former vice president entered the race, questioning his intelligence and track record as President Barack Obama’s second-in-command. Some of the president’s advisers, though, have indicated that the stream of insults masks Trump’s concerns that Biden poses the biggest threat to his reelection chances.

The two candidates share some similar traits. Both are white, male septuagenarians. Both take a relatively raw and unscripted approach to politics compared to other presidential candidates, a rhetorical strategy that has made both men gaffe-prone at times. Both appeal to voters in the Rust Belt, with a proven record of winning over blue-collar workers.

The state of Pennsylvania, likely to be a battleground state regardless of the Democratic nominee, would be especially hotly contested in a Biden-Trump general election. Biden grew up in the town of Scranton, Pennsylvania, and has relied on his middle-class roots to win over voters in the state when running on Obama’s ticket. In 2016, Trump’s victory in Pennsylvania was key to his election, one his 2020 campaign staff is fervently working to repeat despite major GOP losses there in the 2018 midterms.

Trump on Monday went after Biden in a separate tweet ahead of the former vice president’s rally in Pittsburgh, his first since announcing his run.

“He obviously doesn’t know that Pennsylvania is having one of the best economic years in its history, with lowest unemployment EVER, a now thriving Steel Industry (that was dead) & great future!” Trump said of Biden.

The president also claimed the Democratic Party was pulling strings for Biden in a series of tweets over the weekend, in which he said the DNC was manipulating the race to favor the former vice president over Bernie Sanders, the progressive senator and other primary frontrunner.