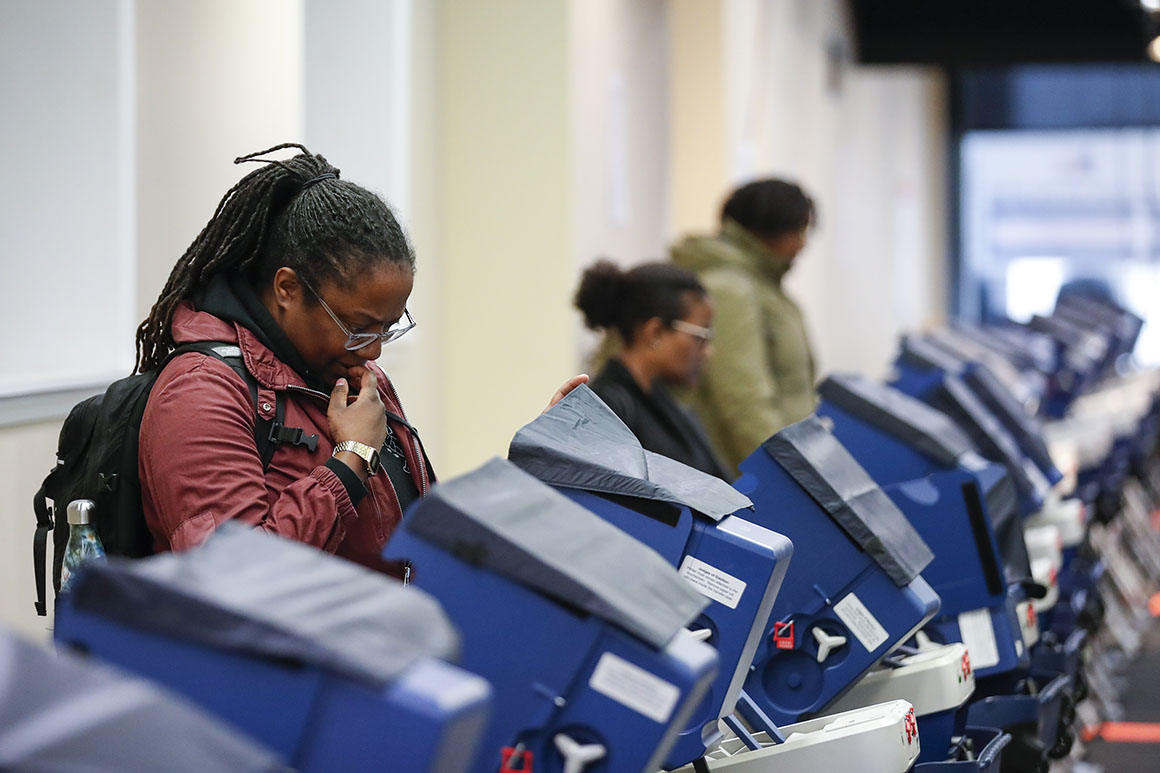 A group of Democratic operatives are launching a $60 million political group with plans to reclaim values-laden terms like “freedom” and “opportunity” for their party ahead of the 2020 election.

The nonprofit organization, called Future Majority, plans to provide strategic advice to other Democratic groups, as well as branding efforts, communications and a “war room” that will debunk fake news and counter conservative social media. The group quietly soft-launched during the 2018 midterms and advised organizations including the Democratic Congressional Campaign Committee on how to message to voters.

Much of Future Majority’s work will target Midwestern states that have been trending more Republican — and which could be tipping point states in the 2020 presidential election, said the group’s executive director, Mark Riddle.

“It’s no great secret that the presidential race will be won or lost in Pennsylvania, Michigan, Wisconsin, Ohio — if we can win back the narrative that the word ‘Democrat’ equals people who are fighting for folks who work hard every day, we can continue to win elections,” Riddle said. “If [Democrats] get defined as being about socialism and these other words people can hear about out of Washington, then I worry.”

Many of Future Majority’s 2020 plans — including working to define to voters exactly what it means to be a Democrat — would in the past have been solely assumed by the Democratic National Committee. But the DNC has a somewhat smaller footprint heading into this election, and outside groups have taken on bigger party-building roles over the last decade of campaign finance deregulation.

Future Majority’s formation also highlights tensions within the Democratic Party over how to navigate money in politics in the 2020 election. The group will spend money through PACs but is initially organized as a 501(c)(4) political nonprofit — known to critics, including many Democrats, as “dark money,” with no disclosure of donors and limited disclosure of how money is spent. And while Democratic presidential candidates are clamoring for campaign finance reform and voluntarily limiting their own fundraising, all signs point to the party as a whole spending record sums of money through all sorts of groups as they try to unseat President Donald Trump.

Several other large Democratic outside groups have announced aggressive spending plans for the year. Priorities USA, the main Democratic super PAC that will support the party’s presidential nominee, announced earlier this year it planned to spend $100 million during the run-up to the 2020 elections in just key swing states. (Priorities also has an affiliated nonprofit group.)

Future Majority has had no official public presence until now, but it has been active for months, testing its strategy by releasing and advertising videos, advising Democratic organizations and enlisting personalities like actress Alyssa Milano to share its content on social media.

During the 2018 midterm election, Future Majority briefed the DCCC on matters including strategies for talking to voters about the economy and how swing voters viewed the Democratic and Republican parties. Future Majority helped the DCCC “round out a narrative” that spoke to a broader swath of voters, Sena said, particularly when it came to discussing the economy.

“They were incredibly helpful and influential in 2018,” Sena said.

One memo prepared by Future Majority in March 2019, based on focus groups of swing voters and party-switchers in the Midwest, advised that “there is an opening to defeat Trump with the right candidate and the right message, but Democrats must rehabilitate their image in these states first,” according to a copy reviewed by POLITICO.

The memo advised Democrats to frame government spending as “investments … so voters can see that their tax money is being put to good use” and to focus on a short number of policy priorities as opposed to a “laundry list” that adds up to too much government spending.

“The people in power are so busy giving tax breaks to the wealthiest that they blow up the deficit and leave nothing for roads and bridges, nothing for veterans or Medicare, nothing for job training,” a narrator says in the video. “Something has to change, and we’re going to change it.”