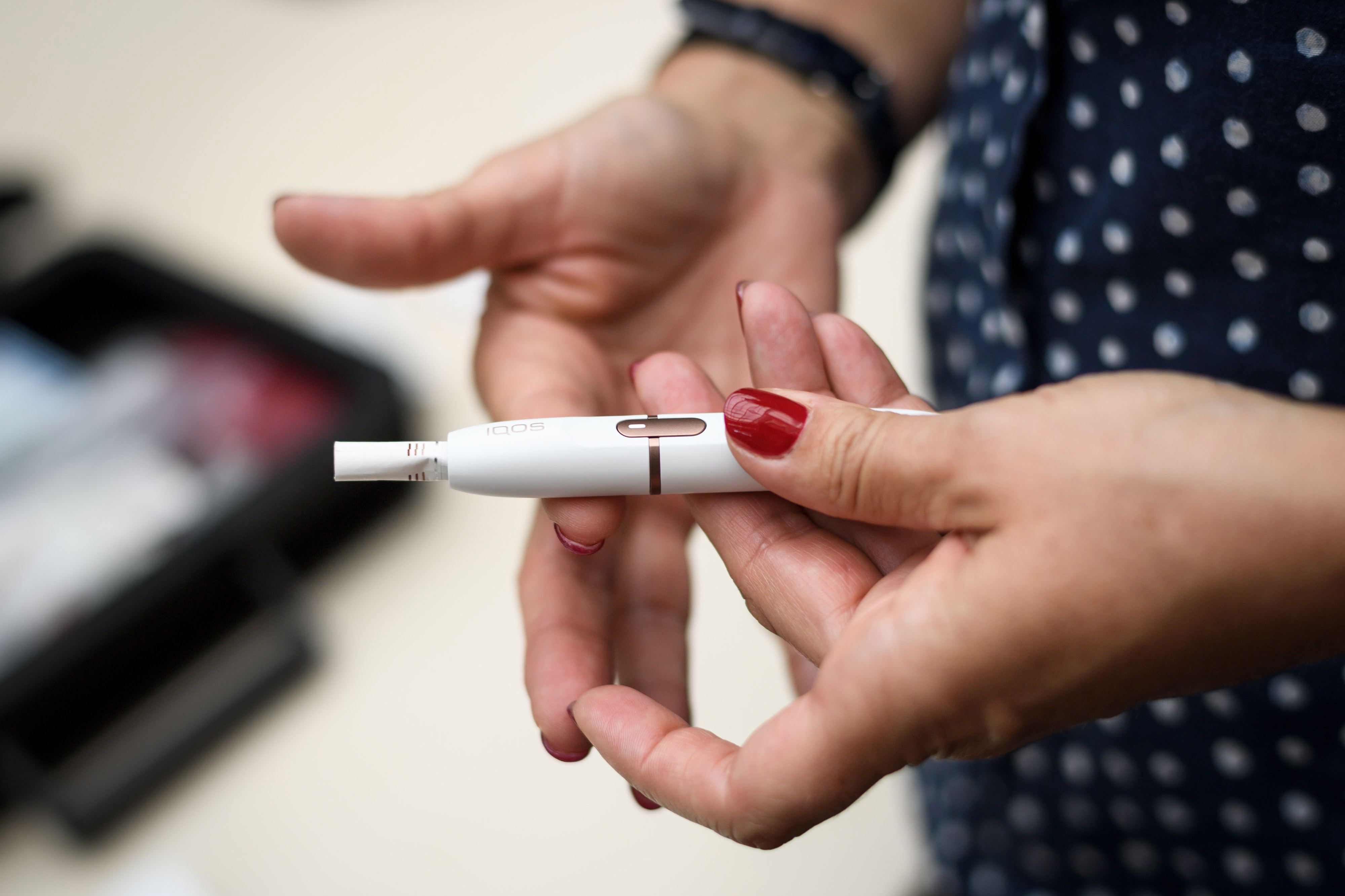 Senate Majority Leader Mitch McConnell’s push to raise the legal smoking age to 21 sounds like a victory for public health. But anti-tobacco advocates fear McConnell and the tobacco industry may use the bill to block other, more proven measures to reduce youth smoking.

McConnell pledged last week to introduce legislation to raise the legal age to buy tobacco from 18 to 21, calling it a "top priority" when the Senate returns from recess in late April. The move quickly drew surprising enthusiasm from cigarette and vaping manufacturers, who pledged to throw their considerable weight behind his initiative.

But in some states, legislation to raise the age to buy tobacco-related products has supplanted flavor bans, which would cut into the profits of industry giants like Altria and Juul. The industry-backed bills also have halted broader pushes to bar menthol cigarettes or boost state taxes enough to dissuade potential smokers. Some would even exempt tobacco products that aren’t yet on the market.

"They are turning these tobacco 21 bills into Trojan horses," said John Schachter, director of state communications for the Campaign for Tobacco-Free Kids. "The industry is positioning tobacco 21 as the only thing that needs to be done on tobacco prevention," but "tobacco 21 needs to be a complement" to other measures, he said.

A McConnell spokesperson said only that his bill is still being drafted and will be introduced next month. She did not respond when asked whether McConnell would also back higher taxes and flavor bans.

Tobacco and e-cigarette giants like Altria have lobbied against raising taxes on tobacco and banning flavored products popular with teens, which the Centers for Disease Control say would have a bigger impact in reducing teen smoking and vaping.

When family medicine professor Rob Crane heard about McConnell’s announcement, "the hair on the back of my neck stood up and I said, ‘This is really terrible,’" said Crane, a professor at Ohio State University and president of the Preventing Tobacco Addiction Foundation.

Twelve states have passed laws that raise the legal tobacco purchasing age to 21. But some of them ignore anti-smoking measures that advocates say are most effective.

In Virginia, a tobacco stronghold and Altria’s home state, a law set to take effect in July with widespread backing in the Republican-controlled General Assembly, didn’t provide funds for enforcement and would penalize youth buying cigarettes. Critics argue it could lead to racial profiling.

Similar provisions are tucked into a Texas bill set to soon pass the state legislature with broad bipartisan backing.

Evidence that raising the purchasing age lowers tobacco use is scarce because it’s a relatively new effort, advocates say — while research does show that raising taxes just $1 per package curbs purchases of cigarettes and flavored products with particular appeal to teens. E-cigarette flavors drove a surge in teen use last year, according to CDC data.

In McConnell’s home state of Kentucky, state lawmakers last year raised the cigarette tax by 50 cents, the largest increase in the state’s history, but lower than what public health groups wanted. The final budget bill left out a tax on e-cigarettes.

"We had it in the bill and it mysteriously disappeared on the last day of the session," said Ben Chandler, a former member of Congress and current president and CEO of the Foundation for a Healthy Kentucky. "We’re still not entirely sure where it went."

Bans on flavored vapor and on menthol cigarettes, which appeal to younger consumers as well as African Americans, have generated charged debate in places like New York, which passed a package of anti-tobacco bills in 2017 and voted to raise the purchasing age this month. In San Francisco, voters upheld the country’s strictest flavor ban, even after the industry spent $12 million to oppose the referendum.

Tobacco companies "tend to be a lot more focused on the restriction of flavors than on the age of purchase," said Lisa David, president and CEO of New York-based nonprofit Public Health Solutions. "They fought the flavor bans, they fight hardest on menthol or mint."

The problem, said the American Heart Association’s Ashley Bell, is that current state tobacco laws "don’t cover the products that are even on the market now, much less the ones that are coming."

She was referring to Philip Morris International’s IQOS, which heats cigarette tobacco and turns it into a vapor but doesn’t burn it. IQOS is under FDA review, with a likely decision this year.

The sleek, tech-heavy IQOS device has anti-tobacco advocates on high alert. They point to a potential loophole in Rep. Robert Aderholt’s (R-AL) tobacco legislation that could put IQOS into the vaping product category, where it would enjoy laxer marketing restrictions and lower taxes.

At a press conference earlier this month, McConnell offered few details other than that members of the military would be exempt from the new age restrictions. Altria recently hired former aides to McConnell and majority whip John Cornyn, the Senate’s No. 2 Republican, to lobby on tobacco issues.

Backers of the bills say they move in the right direction, if not as far as some would wish.

"I think [tobacco companies] are okay with the bill because it is an issue for their image," said Virginia state Rep. Christopher Stolle, a Republican who sponsored the House legislation. He brushed aside claims that tobacco 21 bills are a decoy. "There’s no Trojan horse in this."

And an Altria spokesperson told POLITICO that the company advocates for “straightforward tobacco 21 bills and support bills that provide the most viable legislative path” to raising the purchasing age.

Still, lobbying has hampered other efforts to lower overall tobacco addiction and to head off vaping, which the CDC says has wiped out two decades of declines in teen nicotine use. 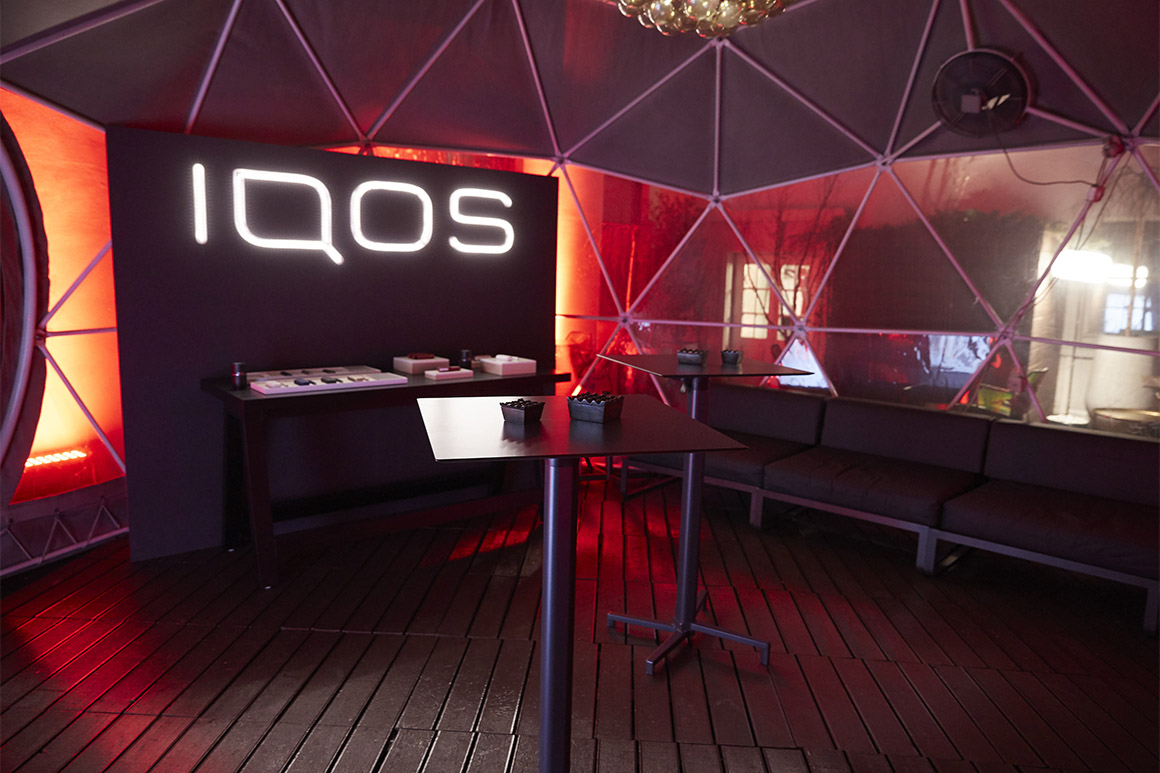 More ambitious FDA plans to cap nicotine levels, bar flavored cigars and ban menthol cigarettes — rules that could turn off adult smokers but curb addiction — were left unfinished when former FDA Commissioner Scott Gottlieb left the agency this month. Republicans and industry oppose them, leaving questions about what Gottlieb’s successor will do.

Philip Morris International denies that it’s seeking a loophole for IQOS in the Aderholt bill. The company submitted IQOS as a tobacco product that would be subject to the FDA’s usual restrictions, said company spokesperson Corey Henry.

PMI concedes that IQOS has toxicity but claims it reduces dangerous inhalants from the tobacco by 90 percent. It said it will market directly to adults trying to switch.

The device already has been approved in 45 countries, but the FDA is still evaluating two applications from PMI: one for IQOS as a new tobacco product, and another that would mark it as a modified risk product, signaling it is safer than other tobacco on the market. Altria would be the product’s U.S. distributor.

Public health officials aren’t so convinced that IQOS is aimed purely at adults.

"It’s a beautifully designed device," said Stanton Glantz, director of the University of California San Francisco’s Center for Tobacco Control Research and Education. "They’re selling them in things that look like Apple stores. It’s like everything else the industry does, claiming they’re for adults, but selling them for kids."

Glantz, after reviewing PMI’s FDA application for IQOS, said he doesn’t believe it is safer than cigarettes, only that it has a different risk profile and unknown effects. Such products keep people in the market who would otherwise quit smoking, he said.

"The underlying issue here is an industry that is built around getting individuals addicted to a known addictive agent — nicotine — and then having them be lifetime consumers of their product," said Joe Thompson, president and CEO of the Arkansas Center for Health Improvement and the state’s former surgeon general.

"As a nation, we are at risk of having a whole other generation if not two of going down the same path as their parents," he said.