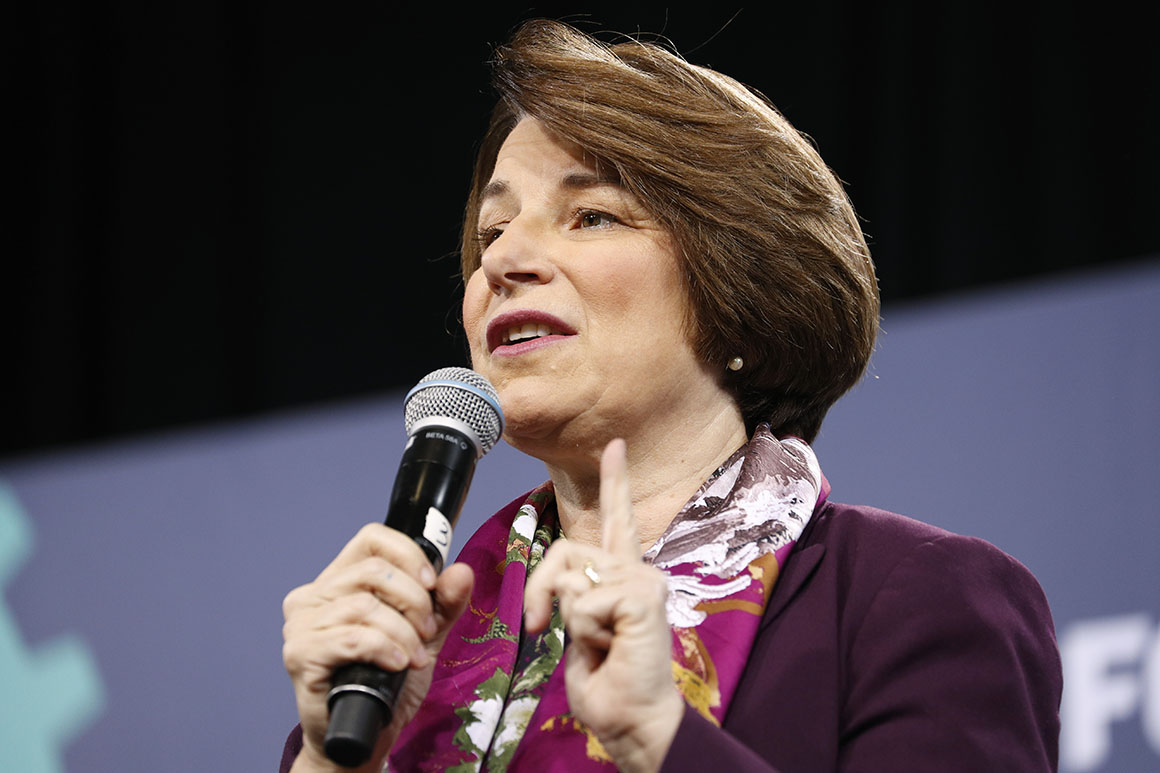 "I was a young lawyer when this happened, and I remember being captivated by [Hill], watching every moment of that hearing, never thinking I’d end up on the Senate Judiciary Committee," the Minnesota Democrat said on NBC’s "Meet the Press."

At the time, Klobuchar recalled she wrote her first letter to her senator asking him to vote against the confirmation of Thomas, whom Hill had accused of sexual misconduct.

"I wrote a letter saying: ‘I want you to vote against Clarence Thomas. I believe in Anita Hill,’" Klobuchar told NBC’s Andrea Mitchell.

Klobuchar said she and "so many other women" were motivated by Hill to enter politics. "And now, we go from zero women on that Judiciary Committee to six," the senator said.

Former Vice President Joe Biden, who chaired the Senate Judiciary Committee during Thomas confirmation hearings, will have to "continue to address" Hill throughout the campaign for the Democratic presidential nomination, Klobuchar told Mitchell.

On Friday, Biden said on ABC’s "The View" he didn’t think he had treated Hill badly. "I did everything in my power to do what I thought was within the rules," he said.

But in an interview with The New York Times, Hill said that Biden needs to apologize and that a phone call he had with her before officially launching his campaign was an inadequate response to his role in the hearings.