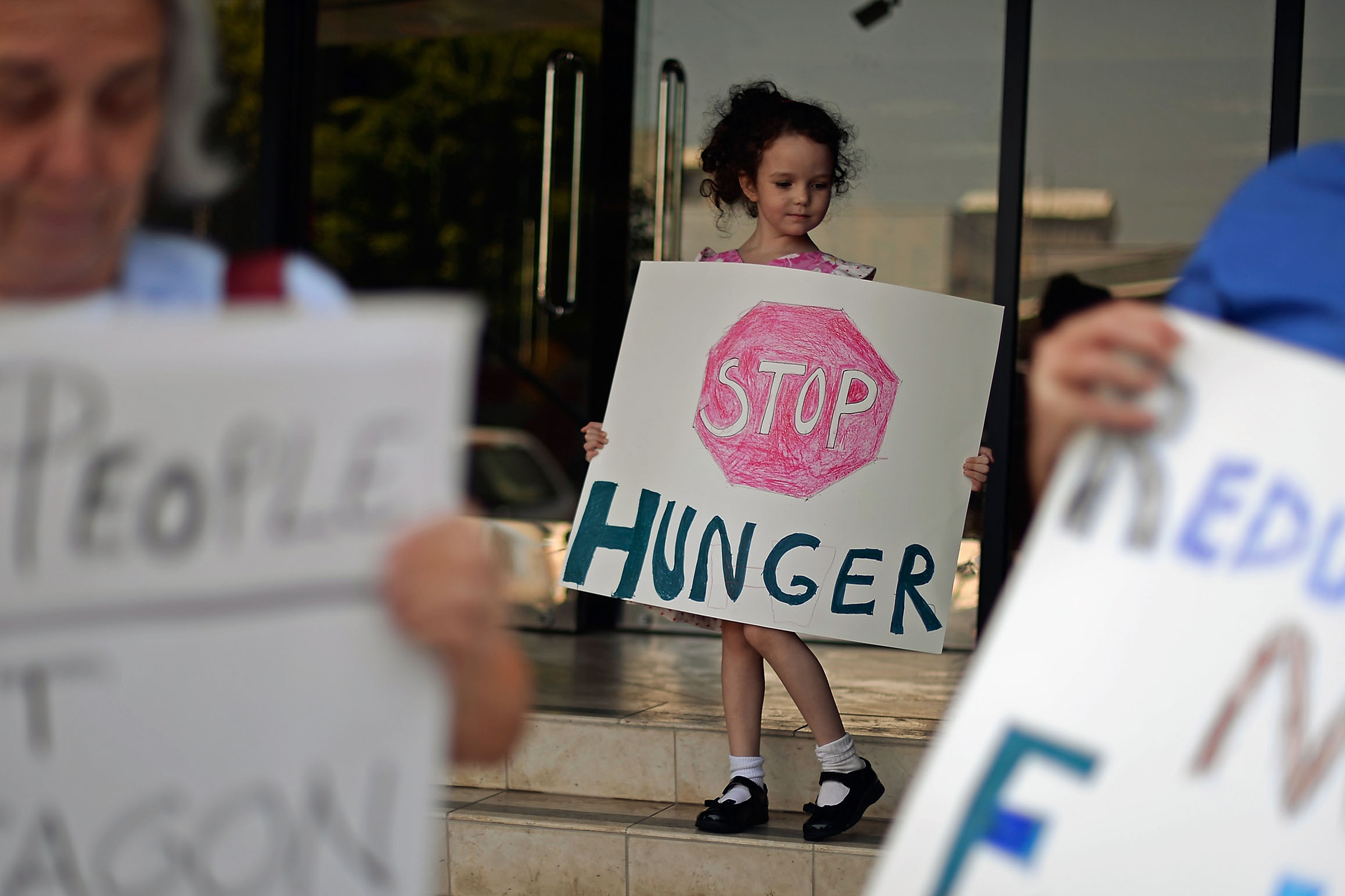 Federal food-assistance programs, especially the Supplemental Nutrition Assistance Program, are perennially under attack. Every few months, the same debates reassert themselves. Politicians speculate about whether the government has enough money to fund food assistance and hotly debate whether work requirements for beneficiaries should be increased. President Donald Trump’s latest budget proposal, released last month, proposes to cut $220 billion in SNAP funding over 10 years. The Department of Agriculture, which administers the program, is trying to tighten existing work requirements, which could lead to 750,000 people losing their benefits. The proposal, for which the public comment period ended earlier this month, is under review. The decision will be made in the coming months.

Proponents of increasing the work requirements for food stamp recipients say they want to avoid supporting a dependent “lifestyle” by ensuring government assistance is temporary and that “able-bodied” recipients are working. “Long-term dependency has never been part of the American dream,’’ Secretary of Agriculture Sonny Perdue said last year. “USDA’s goal is to move individuals and families from SNAP back to the workforce as the best long-term solution to poverty.”

For five years, we followed more than 100 low-income families in and around Raleigh, N.C., to study how they fed themselves and their families, including how they used food stamps. What we found is that families on the program are mostly working, as the government intends. In most SNAP households with a working-age adult, at least one person is employed, and work rates have been rising for the last three decades. And many recipients who aren’t working have caretaking responsibilities or health conditions.

But for many of the families we studied, getting a job did not mean they could feed their families. Even people who worked full time received such low wages that food stamps often made the difference between having something to eat and going hungry.

We saw firsthand how the erosion of the social safety net and loss of regulatory protections in the United States have made low-income families’ finances more precarious than in the past — for instance, public housing has been dismantled and replaced with market-based housing and voucher programs. At the same time, real wages have stagnated, and employers have trimmed work hours and benefits for many low-skill jobs. As a result, households often depend on every adult member working, sometimes in multiple jobs, to make ends meet. And it’s often still not enough.

Low wages. Our research confirmed what federal data shows, which is that most food stamp recipients who can work, do work. But they work low-wage jobs that, although they provide vital services to society, don’t pay the bills. This was the case for the Taylors, one of the families in our study. Both Ashley Taylor and her husband, Marquan, worked for a fast-food chain. Like many of the families in our study, they worked to feed others but didn’t make enough money to feed their two young daughters, despite working as many hours as they could get. SNAP made up the difference.

Evictions. Rents rising in many cities and many poor families spending over half their income on housing, foreclosures and evictions are more common today than they used to be. In Raleigh, where our study took place, nine households are evicted every day. Patricia Washington, her daughter Saundra and her two young grandchildren were evicted during our study when they couldn’t keep up with the rent and the utility bill. As Saundra searched for a job, SNAP benefits meant they could afford to buy frozen TV dinners that Patricia could prepare in their cramped motel room. Even so, their SNAP benefits didn’t go very far; sometimes Patricia skipped meals so that Saundra and the kids could eat. For Patricia and Saundra, SNAP benefits were vital but often insufficient; unemployed families like theirs need more support to get back on their feet, not less.

Health problems. Finally, we found that SNAP helped families weather other crises, such as illnesses. Melanie Richards and her husband, Kevin, were both working full time — Melanie in a church and Kevin as a truck driver — when Kevin was diagnosed with Parkinson’s disease and had to stop working. Six months after Kevin received his diagnosis, Melanie found out she was pregnant. SNAP helped Melanie put meals on the table during her pregnancy. Other research shows that SNAP lifts families out of poverty and improves the long-term health of children and adults — which improves their incomes and makes it less likely they will need public assistance in the future.

The bottom line is that food stamps are now the only form of public assistance available to many struggling families during hard times: when their jobs don’t pay enough, when they face eviction, or when they experience health problems and other emergencies. These hardships can strike anyone: 1 in 5 Americans uses SNAP at some point in their lives.

It’s worth recalling the original rationale for the program. SNAP and other federal food programs were formed after the economic calamity of the Great Depression, centered on the belief that it’s in the country’s best interest to make sure its citizens don’t go hungry — that workers are able to work and that their children grow up healthy even when times are hard for their families or their country. But 80 years after the food stamp program began, we continue to worry about whether the people who use the program are undeserving, responsible for their economic hardships, morally suspect or dependent on public assistance — all questions that have been answered by research, including ours.

SNAP is as essential now as it was when it was established. Our research suggests that the current proposals to tighten work requirements are mean-spirited, counterproductive and mostly symbolic, sending a message about the importance of work that most recipients don’t need.

If the government wants to make food-assistance programs like SNAP obsolete, it needs to address the real problems in our economy that make it difficult for families to afford food: things like miserly wages, expensive housing, exorbitant health care costs and inadequate support for the unemployed. Until those changes are made, the least we can do is expand and bolster our existing food-assistance programs. Otherwise, more children and adults in our affluent country will go hungry.