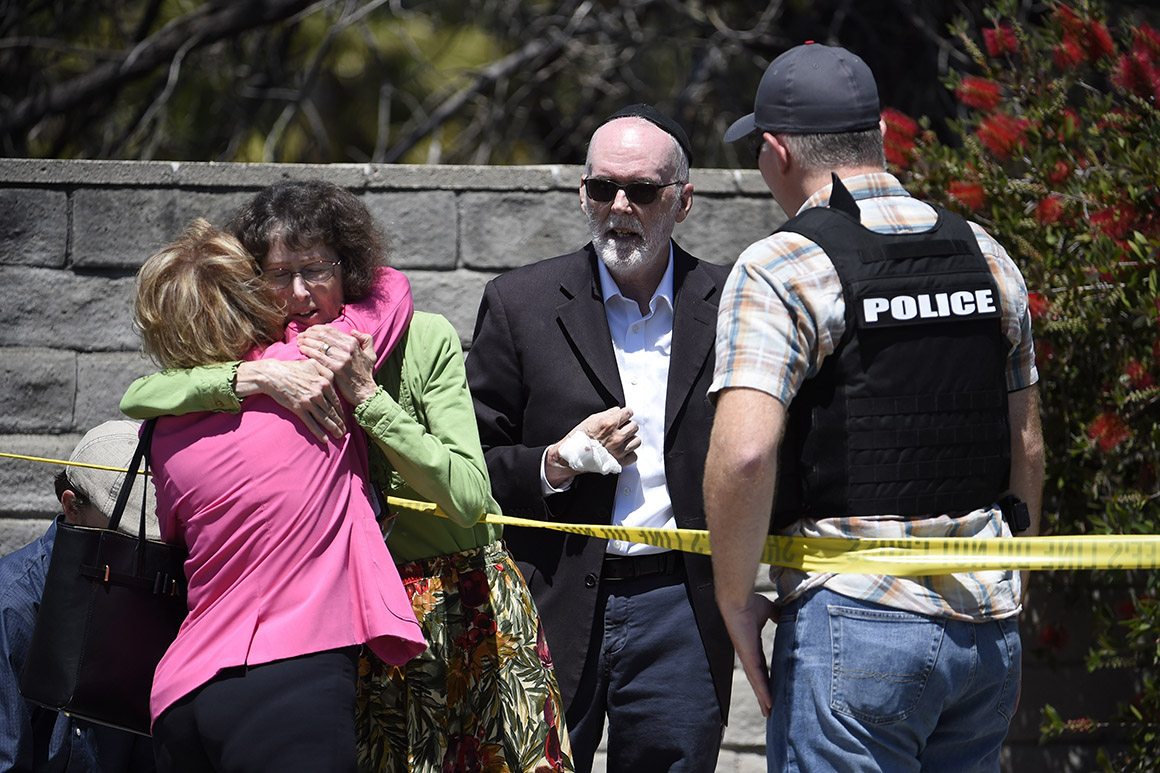 POWAY, Calif. — A shooting at a synagogue outside San Diego where worshipers were celebrating the last day of Passover sent four people to the hospital Saturday, but the extent of their injuries was not unclear, officials said.

There was no known threat after a man was detained in the shooting at the Chabad of Poway, but authorities boosted patrols at places of worship as a precaution, San Diego Police Chief David Nisleit said.

The shooting came exactly six months since a shooting at a Pittsburgh synagogue killed 11 people in the deadliest attack on Jews in U.S. history.

A handful of police cars were parked outside the synagogue in the city of Poway, just over 20 miles north of San Diego. Crime tape surrounded the street in front of the building.

Passover began on April 19 and was ending Saturday.

In Pittsburgh, a truck driver who authorities say expressed hatred of Jews has been charged in the Oct. 27 rampage at the Tree of Life synagogue. He’s pleaded not guilty.