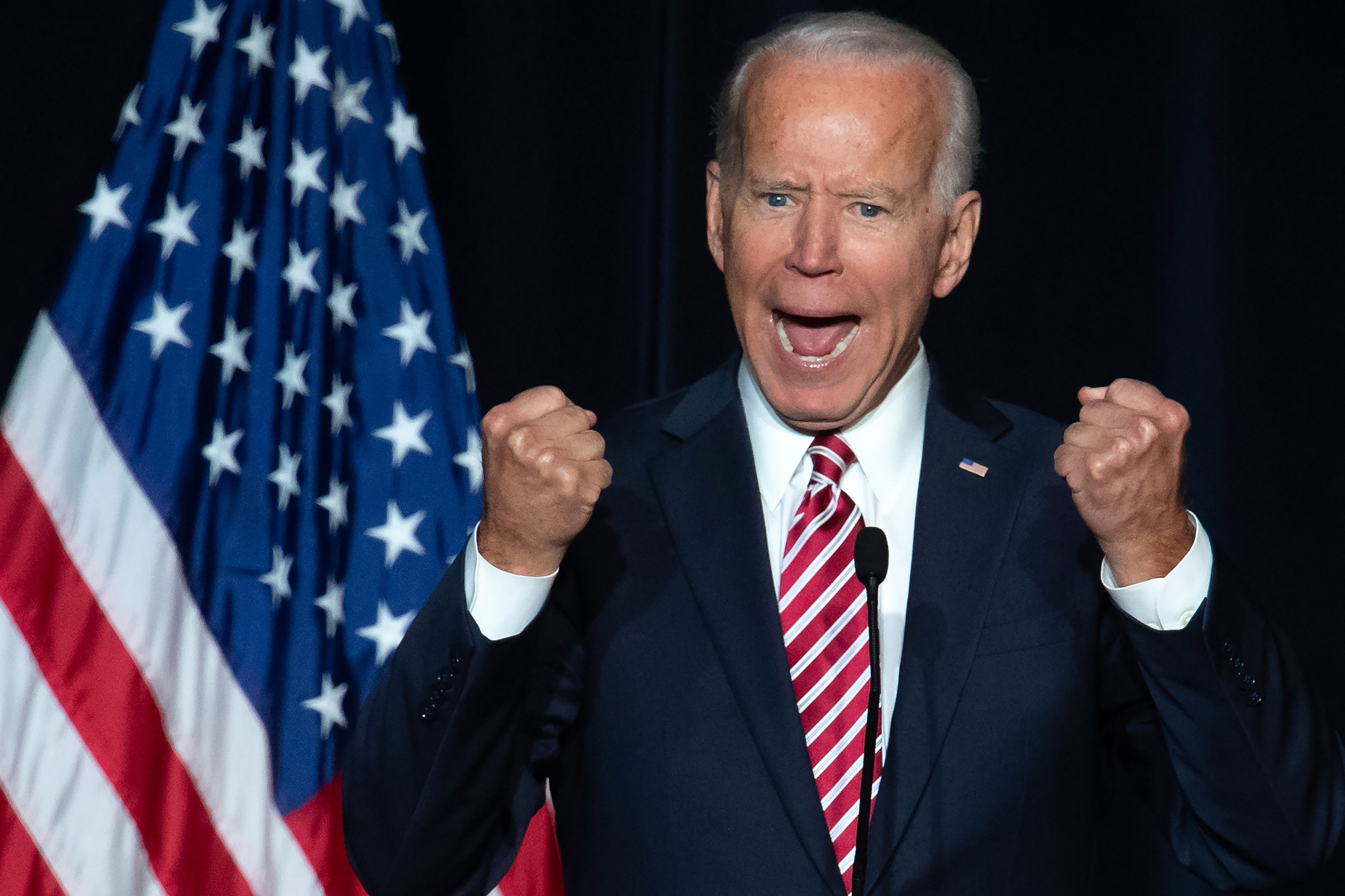 The 72-year-old president stopped short of saying Biden, 76, is too old to run. But on Friday, only a day after the former vice president jumped into the race, Trump suggested Biden’s candidacy was rejuvenating to him and his reelection bid.

“I just feel like a young man. I’m so young. I can’t believe it,” the president told reporters. “I’m the youngest person — I am a young, vibrant man. I look at Joe. I don’t know about him. I don’t know.”

The comments, coming after Trump sent snarky tweets about Biden a day earlier, represented more sustained fire than Trump has typically trained on Democrats entering the race. The president has for months been more occupied with bemoaning special counsel Robert Mueller’s investigation of the 2016 campaign. But it appears that Biden — who believes he can appeal to Trump voters in the Rust Belt and said Americans can decide for themselves if he has the energy to be president — is getting under Trump’s skin.

Most polls show Biden and Bernie Sanders — who, at 77, is the only candidate older than Biden — atop the 20-person Democratic primary, a diverse field that includes a 37-year-old openly gay mayor; two African-American senators; a 44-year-old Latino ex-Cabinet secretary; and a half-dozen women. Biden’s campaign said Friday it raised $6.3 million since he announced, the biggest 24-hour haul by a Democrat this cycle. 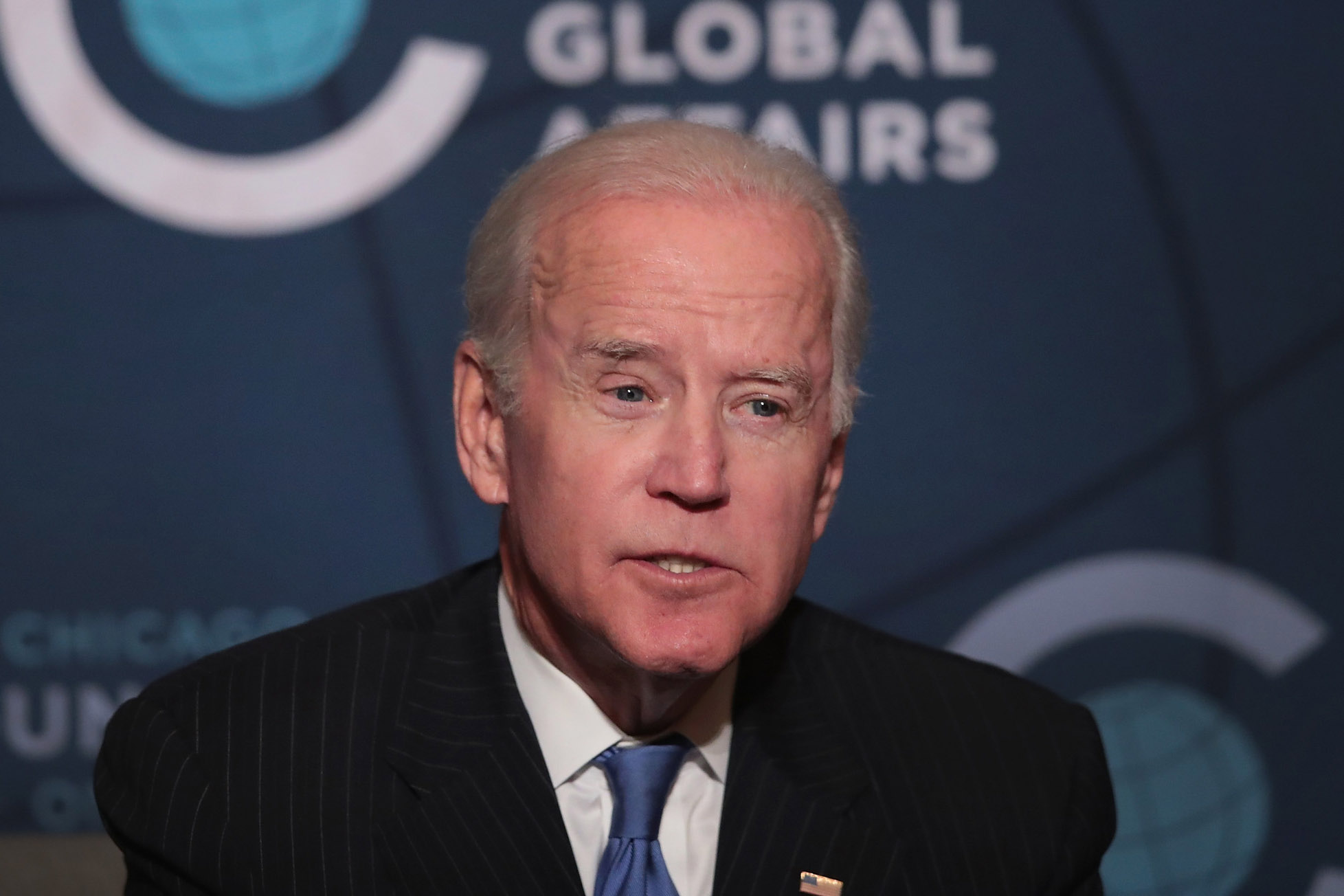 “I believe history will look back on four years of this president and all he embraces as an abhorrent moment in time,” Biden said in the video. “But if we give Donald Trump eight years in the White House, he will forever and fundamentally alter the character of this nation, who we are, and I cannot stand by and watch that happen.”

After Biden’s video was released, reporters peppered Trump with queries about his 2017 comments, prompting him to insist that he answered questions about Charlottesville “perfectly” at the time.

A Republican who speaks to the president often told POLITICO that bringing up the Charlottesville controversy “irks” Trump because “he knows it was the low point” of his presidency.

“Biden,” said Tim Murtaugh, the communications director for Trump’s campaign, “came out of the gate shooting at him, so naturally the president is going to hit back.”

“The president, as everyone knows, is not shy about sharing his view issues on his potential opponents. Joe Biden is not the first, nor is he likely to be the last,” Murtaugh said. “He will take on people by name when it strikes him. He sees targets of opportunity and takes them.”

Another Trump campaign official, however, said the president thinks Biden is vulnerable.

“Biden is an easy target, and [Trump] knows the Dem party is fractured and the energy of the party lies with its activists," the official said. "So hitting Biden from one side, while the Dem activists pinch him from the other side, will effectively kill his campaign.”

Biden’s campaign declined to comment on their sparring. But a campaign source said the pair are polar opposites.

"He is change Americans are looking for," this person said of Biden. "Voters know that, and clearly Donald Trump does too.”

Trump welcomed “Sleepy Joe” into the fold with a tweet Thursday that not only questioned his intelligence but predicted a “nasty” Democratic primary. “But if you make it, I will see you at the Starting Gate!” Trump added.

By Friday, Trump was already thinking about the finish line. “I think we beat him easily,” he said of Biden in a general election.

In a fundraising email Friday morning, Biden’s campaign said Trump’s tweets “are a reminder of why we cannot afford four more years of this president.”

“The only person who would be making this campaign ‘nasty’ is Donald Trump himself,” Biden’s campaign wrote.

As for the nickname, Biden said on ABC’s “The View” Friday that no one else has referred to him as “sleepy.”

“It’s usually the other end: Hyper Joe,” he said.

Marc Caputo and Gabby Orr contributed to this report.