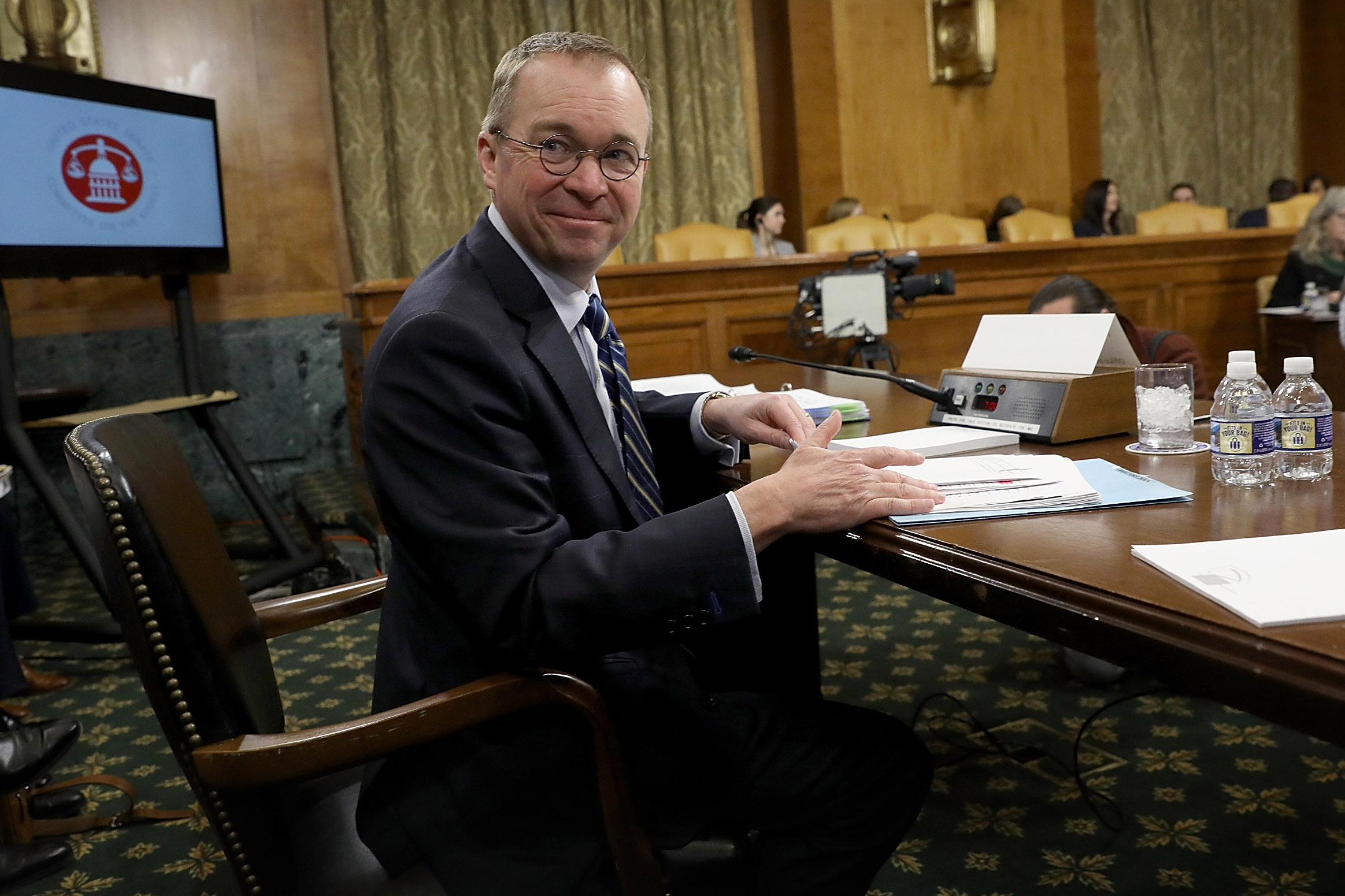 It may be Washington’s most coveted happy hour invitation. On the patio outside the White House chief of staff’s office, cozily enclosed by greenery, West Wing aides relax with beer and wine under a white pergola, briefly escaping the rigors of working in Trump’s White House.

The gatherings, about a half dozen so far, have become an increasingly regular feature of White House life this spring under the acting chief of staff, Mick Mulvaney. They’re typically held on Friday evenings, or days when the president is out of town, with snacks brought up from the White House mess. One party was a sendoff for the former White House communications director, Bill Shine.

The Trump White House has been likened to a snake pit, and has seen more staff turnover than any in memory. But Trump’s latest — and for now, acting — chief of staff, Mick Mulvaney, is trying to change that.

President Donald Trump’s first staff chief, Reince Priebus, earned a reputation for always trying to place himself in close proximity to the president, while allowing different factions to flourish on the White House staff. His successor, Gen. John Kelly, roared into the West Wing with his four-star general, military-style discipline and lists of who could and could not enter the Oval Office. By the end of Kelly’s tenure, White House staff often overheard him saying the chief position was the “worst fucking job I’ve ever had.”

Such sentiments have a way of trickling down. But Mulvaney is trying to cast himself as a morale-boosting leader. He quickly became known for backing away from Kelly’s habit of trying to control Trump, and takes a more far more laissez faire approach to the president and his raw impulses. Now the affable South Carolinian has a project that is nearly as ambitious: making one of the most turbulent White Houses in history a more enjoyable place to work.

“You’re never going to not have a flurry of issues to deal with. That cadence is always in the White House,” said one senior administration official. “The challenge is: Are you are happy to charge up the hill every day?”

Whether morale in Trump’s beleaguered White House can really be improved is another question. Occasional happy hours don’t change the reality of a short-tempered president in the Oval Office, who often makes policy decisions on-the-fly. Trump has not dropped his penchant for snapping at aides — sometimes including Mulvaney, as Trump did during the government shutdown.

But the happy hours are a start. Mulvaney has also invited staff, Cabinet members, and congressional lawmakers to weekend retreats at Camp David, the presidential compound in Maryland that a disinterested Trump has generally spurned.

Then there’s the popcorn machine. A few weeks ago, Mulvaney installed one in his spacious West Wing suite. The machine starts chugging in the evenings for staffers to fill up small baggies. In a White House where staffers work incredibly long hours in tight office spaces, one administration official excitedly called the innovation “a big hit.”

The perks help, but so has the approach of Mulvaney and his deputies to management. A handful of staffers feel like his team listens to them. “Not that I ever had anything against him, but I actually think he is doing a fine job. He is fair,” said another administration official.

That, in turn, has coincided with what many Washington reporters agree have been notably fewer media stories about infighting among the White House staff, or comments from senior staff meetings leaked by disgruntled aides.

Admittedly, it’s not a high bar. Trump’s White House has experienced extraordinary turnover, with 68 percent of its top jobs having been filled by more than one person, according to research from the Brookings Institution. That extends to the chief-of-staff job; no president has had three chiefs of staff in his first 24 months ever since President Harry Truman first created the post, said Kathryn Dunn Tenpas, a non-resident senior fellow at Brookings.

But Mulvaney hopes to slow that turnover rate, in part by making his warriors into a happier band. Another senior administration official called it the “happy hour approach” in which White House staffers get to know one another and build collegial relationships in their downtime, so when a real crisis hits, or world affairs intrude, people feel less isolated in a demanding work environment.

Mulvaney has acknowledged on television that his job is not to control the president, who he calls “the boss,” so that leaves him with the people surrounding Trump.

Mulvaney has paid particularly close attention to cultivating good relationships with Trump’s children, including Ivanka Trump and Jared Kushner. With Kushner, the president’s son-in-law, Mulvaney has sought to bond over the common ground of real estate, said one senior administration official: Before starting a political career that led him to Congress, Mulvaney worked for his father’s real estate construction company in South Carolina. 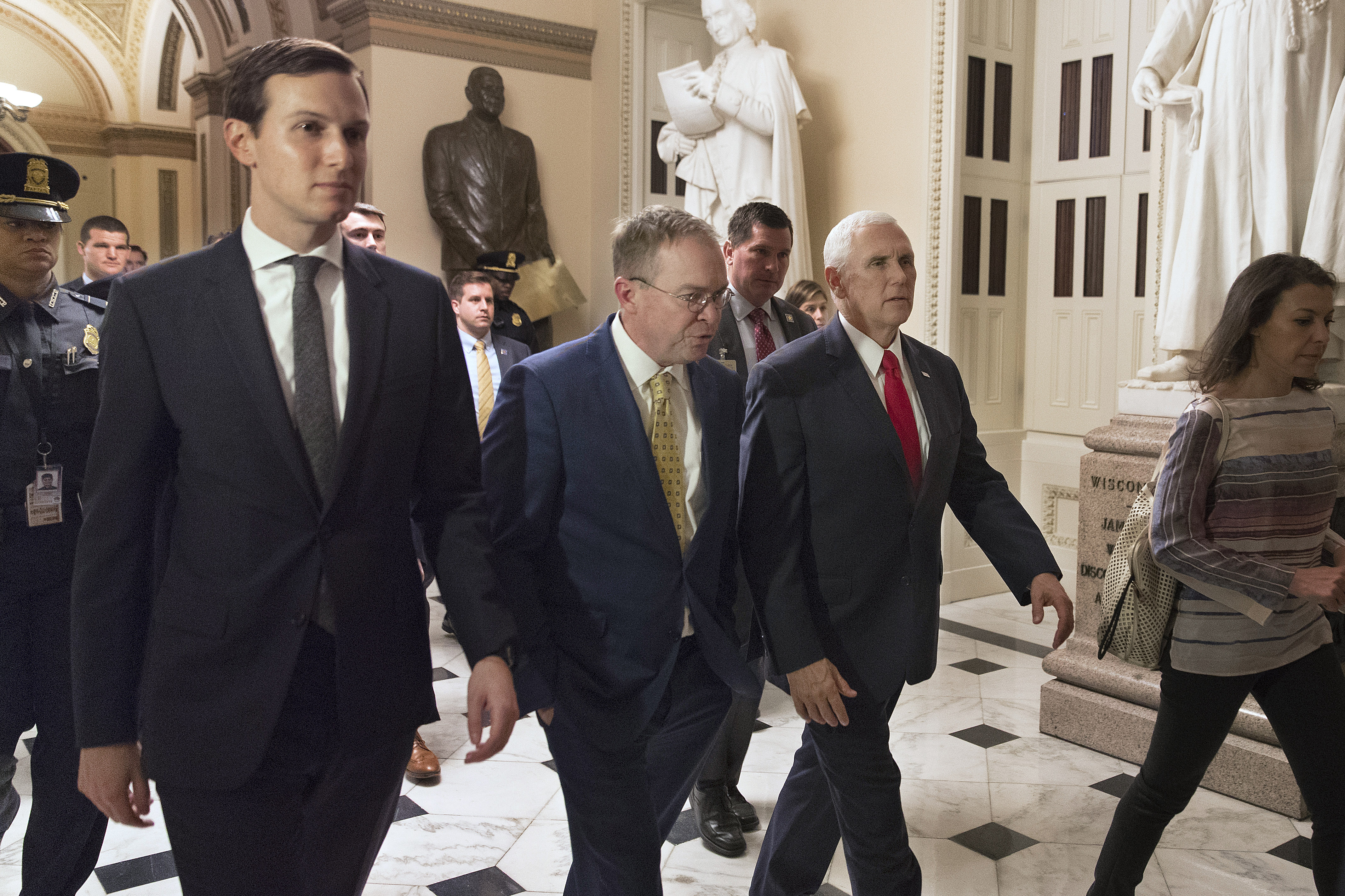 Mulvaney-watchers know that his morale-boosting tricks are not new. The popcorn machine dates back to his days as director of the Office of Management and Budget. Mulvaney similarly threw happy hours for his budget staff on the balcony of the Eisenhower Executive Office Building, overlooking the White House’s North Lawn. He was also known for drinking with staff members at downtown bars like the Post Pub where he would order whiskey or red wine.

“It was very clear that career staffers were more willing to execute policies they may not have personally agreed with because Mick is accessible, honest, and easy-going,” said Jonathan Slemrod of Harbinger Strategies, who previously worked as the Associate Director of Legislative Affairs at OMB under Mulvaney.

Even as a Republican lawmaker on Capitol Hill, Mulvaney’s office had a reputation as a social one. It often threw happy hours for the South Carolina delegation, or Mulvaney’s then chief-of-staff Al Simpson would have the entire staff over to his house for steaks and a barbeque.

“He is one of the gang. He is very approachable and easy to get along with,” said Simpson said who’s known Mulvaney for years. “When we did those things, we talked very little about work and mostly just had fun.”

Close advisers to the Trump White House say that despite these bonding exercises and outward gestures of warmth, Mulvaney remains a political operator. “Mulvaney is very affable in one sense, but he does not suffer fools,” says one former administration official. “He very cut-throat politically, even if he does it with a smile.”

As Trump’s top aide, he’s been quick to bring roughly nine of his own into the White House. Loyalists and former staffers from the Office of Management and Budget now work in the chief of staff’s office, the communications and legislative affairs shop, on national security issues, and as the head of the Domestic Policy Council, giving Mulvaney points of entry and influence in many corners of the West Wing.

The empire-building aspect of his job fits with the profile of other former chiefs of staff. Far more unusual is for a chief to concern himself with morale-boosting efforts, says Charles Walcott, an emeritus professor of political scientist at Virginia Tech who has interviewed several chiefs and deputy chiefs-of-staff for the White House Transition Project.

“Low staff morale is often a consequence of the chief’s tough approach,” Walcott said. “In the case of this administration, though, the low morale seems connected to the general air of chaos and freestyle backbiting.”

“That said,” he added, “I doubt that free snacks or even ping pong tables would really address the problem.”