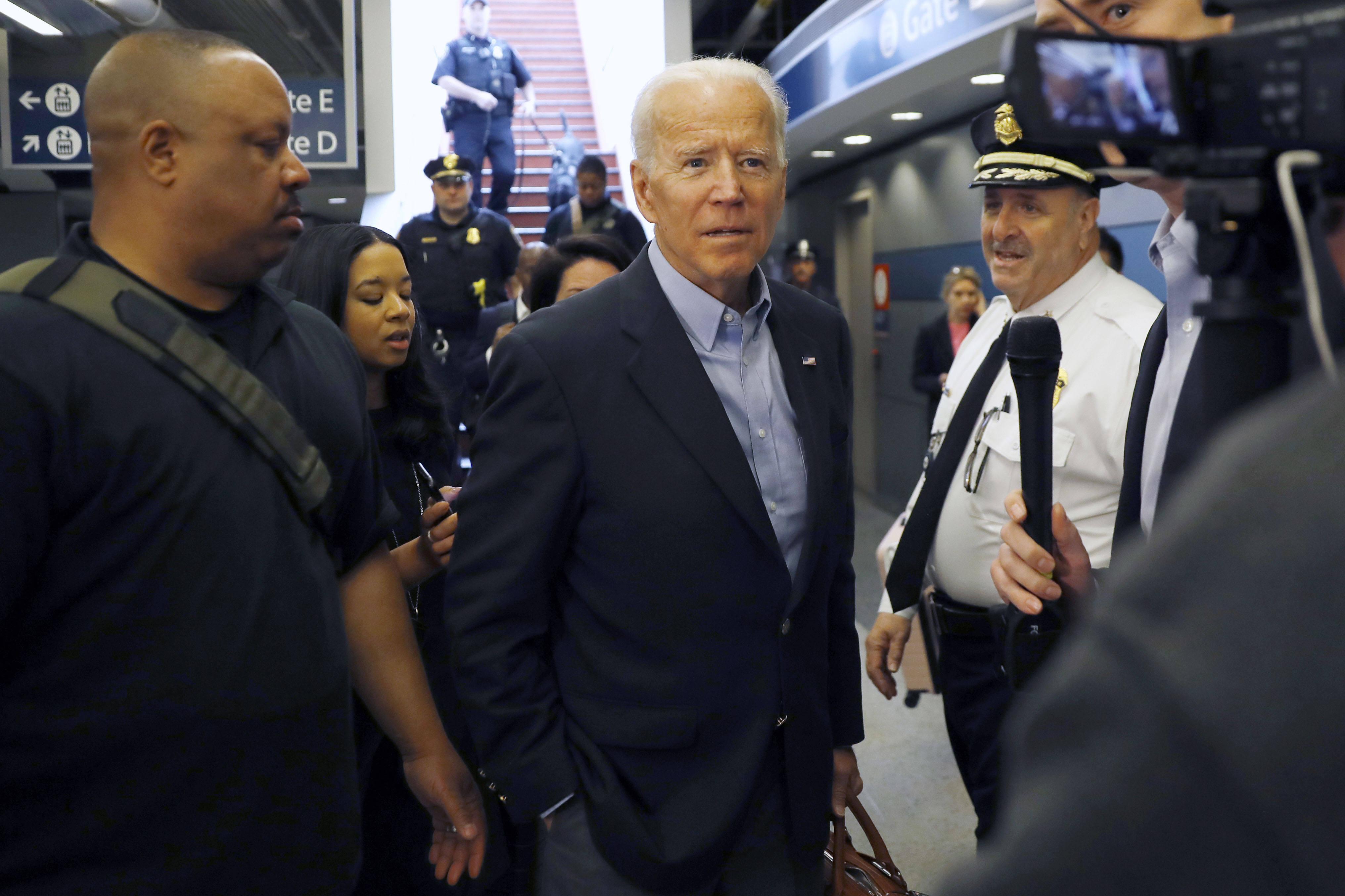 Joe Biden’s campaign announced Friday that he raised $6.3 million on his first day as an announced candidate, placing him atop the crowded Democratic primary in terms of first-day fundraising totals and quelling doubts about his ability to raise enough money to compete.

His surprising total — Biden has not been a candidate on his own since 2008 — far exceeded expectations set by those who suggested the establishment politician couldn’t compete in the new world of Democratic campaigns fueled by small-dollar donors.

Biden’s backers had set low expectations in advance, cognizant of how he might appear when measured against the two online fundraising dynamos of former Texas Rep. Beto O’Rourke and Vermont Sen. Bernie Sanders.

The former vice president was so concerned about his first-day haul that he made sure to throw a fundraiser, hosted at the Philadelphia home of a Comcast executive, on the day of his announcement and told donors the day before that he needed their help.

“People think Iowa and New Hampshire are the first test It’s not. The first 24 hours. That’s the first test,” Biden told them, according to three participants in a Wednesday conference call with him. “Those [early states] are way down the road. We’ve got to get through this first.”

Before Biden’s campaign released its total Friday, one bundler told POLITICO that he “crushed it.”

Having passed the first self-imposed test, Biden’s campaign cemented his role as a frontrunner in the race. He’s leading in national and most early state polls, and also in congressional endorsements. His announcement Thursday brought wall-to-wall coverage that also amplified his video announcement attacking President Trump over controversial remarks concerning the racist violence in Charlottesville.

That, in turn, led Trump to single out Biden and repeatedly attack him as “sleepy” and too old – reactions that Biden supporters said proved Biden was already making Trump uneasy.

Biden’s campaign launch sent the Democratic digital fundraising world in general into overdrive: About $7.6 million flowed through ActBlue, the party’s preferred online donation processor, on Thursday, according to the site. The daily average in the first three months of the year was $1.9 million.

It’s unclear exactly how much of that online money went to Biden’s nascent campaign, as his rivals for the Democratic nomination also tried to capitalize off the attention around his launch.

Sanders, who is running as an outsider and is in second place to the establishment-oriented Biden in most polls, called on small-dollar donors to pitch in after Biden’s Thursday announcement. Sanders’ campaign manager, Faiz Shakir, signed two fundraising emails for his campaign with “Joe Biden” in the subject line amid allusions to upcoming high-dollar fundraising events for the former vice president.

"It’s a big day in the Democratic primary and we’re hoping to end it strong. Not with a fundraiser in the home of a corporate lobbyist, but with an overwhelming number of individual donations in response to today’s news,” the Sanders campaign said in an email.

O’Rourke, Sen. Kamala Harris and Julián Castro’s campaigns were also among those who name-checked Biden in their own fundraising emails on Thursday.
On his first day as a candidate, Sanders brought in $5.9 million, a record total until O’Rourke’s campaign announced raising $6.1 million in his first 24 hours in the race. The next-biggest launch in terms of campaign money was for Harris, who raised $1.5 million in her first 24 hours.