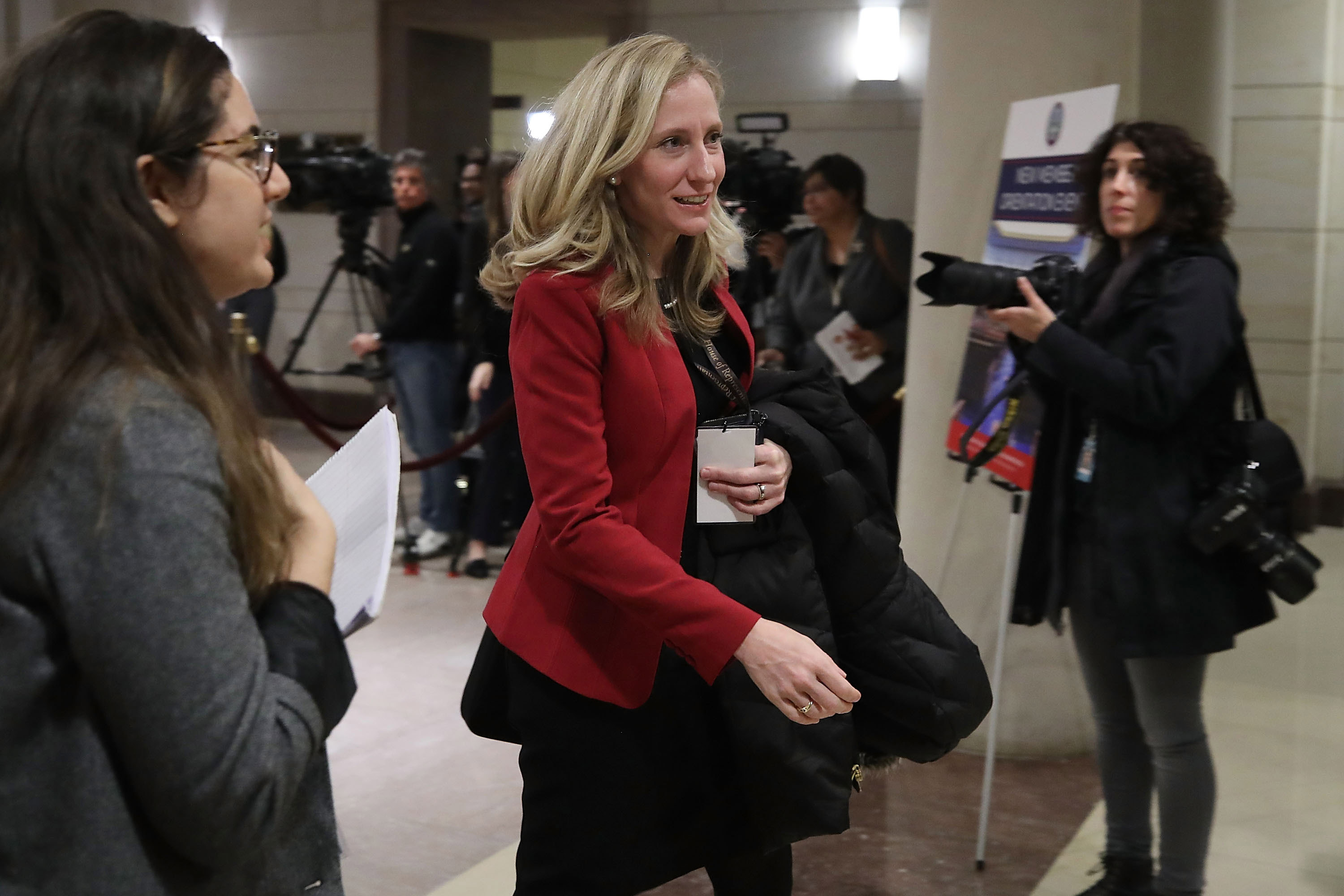 MINERAL, Va. — The Mueller report may be consuming Washington — but it barely registers for vulnerable Democrats meeting voters outside the Beltway.

In a half-dozen town halls from California to Connecticut this week, swing district Democrats fielded few — if any — questions about special counsel Robert Mueller’s nearly two-year probe, even as it threatens to dominate the party’s summer agenda.

No one, for example, asked Rep. Abigail Spanberger (D-Va.) about Mueller’s report during a town hall here this week at a high school auditorium in her central Virginia district. The former CIA spy acknowledged in an interview that some people are still digesting the 448-page report, but added that it’s proof that “what’s in the news constantly” shouldn’t drive Democrats’ focus.

The release of the long-awaited Mueller report has propelled House Democrats into an intense new phase of their investigation of President Donald Trump. But in battleground districts like Spanberger’s, many freshman Democrats say Mueller’s explosive findings haven’t really connected with people who’ve attended events in their district.

It’s a reality that underscores how reluctant these lawmakers will be to focus all their energy on oversight — not to mention impeachment — of Trump at the cost of the agenda they campaigned on in 2018.

And in another challenge for Speaker Nancy Pelosi and her deputies, vulnerable members couldn’t escape questions on some of the key issues that have divided the new majority, such as “Medicare for All,” the “Green New Deal” and the party’s response to Rep. Ilhan Omar’s criticism of Israel.

“I’m concerned that the country might start feeling like all we’re doing is talking about Mueller, and that’s not the case,” Rep. Dean Phillips (D-Minn.) said in an interview after he spent about two weeks in his Twin Cities suburbs district. “I’ve been very surprised by how few people brought it up since I’ve been back.”

Phillips said he sees Mueller mentioned much more on Twitter than in his district events. For him, immigration has been a far more dominant issue: “If you wake up thinking you’re being deported every day, the Mueller report doesn’t really matter to you.” 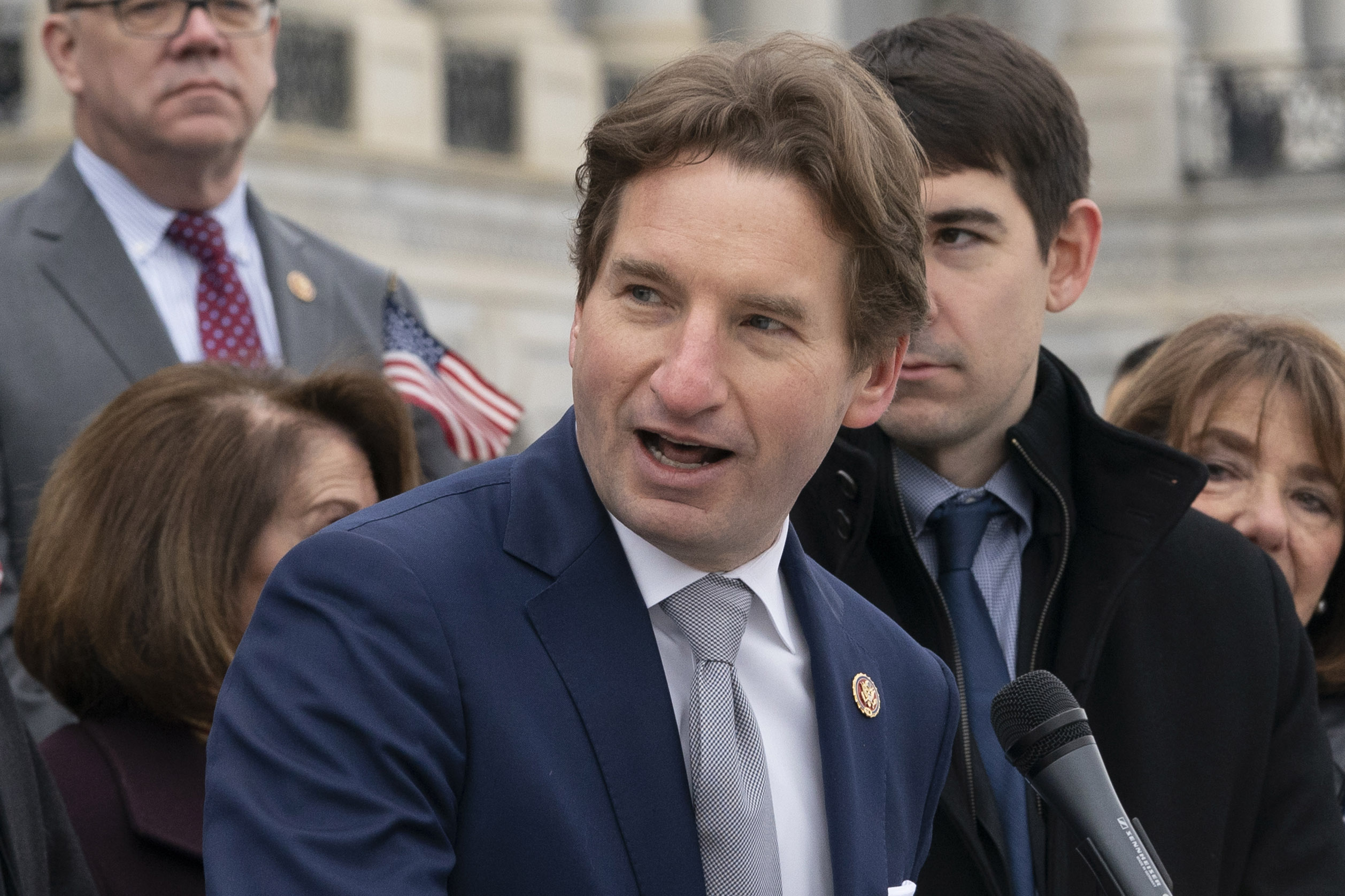 In separate town halls hosted by Reps. Angie Craig (D-Minn.) and Joe Cunningham (D-S.C.) on Tuesday — both of which were livestreamed online — the Mueller report came up only a handful of times, about as often as the rising federal deficit or the legalization of marijuana. The rest of the questions were far-ranging, from fossil fuels to gun control to Trump’s diminished Cabinet.

Even in town halls where lawmakers began with a briefing on Mueller’s findings — like events on Tuesday hosted by Reps. Antonio Delgado (D-N.Y.) and Jahana Hayes (D-Conn.) that were also livestreamed — the conversation quickly steered to issues like education funding and local pollution and mostly stayed there.

Hayes, whose district only narrowly voted for Hillary Clinton in 2016, described the evidence of obstruction of justice against Trump as “more significant than Watergate” and said “to do nothing is a dereliction of duty.”

But the rest of Hayes’ roughly 90-minute event at a Farmington, Conn., high school focused more on the Green New Deal, education spending, and a Rolling Stone cover with Pelosi and Rep. Alexandria Ocasio-Cortez.

At Delgado’s event in Hoosick Falls, N.Y., a woman angrily complained about transgender rights while a man raised concerns about the anti-vax movement fueling a measles outbreak in the state. The only time the phrase “2020” came up was in response from a constituent, talking about an upcoming deadline to tackle contaminants in the local water supply.

Rep. Josh Harder of California, who held a town hall for college students Tuesday night, said he’s gotten “10 times the amount of interest” on issues like health care, immigration and student debt than on impeachment or investigations into Trump.

“If you only watch cable news, you get a pretty distorted view of what is actually occurring,” Harder said in an interview. “The true metric of success is whether or not we’re able to push infrastructure and health care.”

Democratic leaders have pledged to remain focused on both those policy issues, which many believe won them the House last fall, even as Democrats open new investigative fronts in their war with the administration.

Pelosi announced this week that she will sit down with Trump and Senate Minority Leader Chuck Schumer (D-N.Y.) in the coming days, part of an attempt to jump-start action on infrastructure. The House also plans to vote on a dozen bills related to health care and prescription drug costs shortly after returning from the two-week recess.

Failing to make progress on either issue, Democrats fear, could cost them their majority in 2020 — with Republicans seizing on the Democratic Party’s investigative efforts as they attempt to recapture dozens of seats lost in the 2018 election.

Rep. Jefferson Van Drew (D-N.J.) — a freshman whose district Trump won in 2016 — said voters “virtually never” brought up the Mueller report to him as he crisscrossed South Jersey.

“Literally, they’ll talk to me about the Green New Deal or climate change,” Van Drew said in an interview. “But it’s the issues that are coming up, not necessarily all this other stuff, with impeachment, and the hearings.”

Most of these swing district Democrats are reluctant to embrace impeachment. Van Drew flatly rejects it and said removing the president isn’t the answer because “many people who voted for the president are going to feel there really is a ‘deep state.’ It’s going to rip the country apart, and we’re going to get even less work done.”

When asked about the potential impact of impeachment on the Democrats’ broader agenda, he replied, “It does distract. It can’t help but distract.”