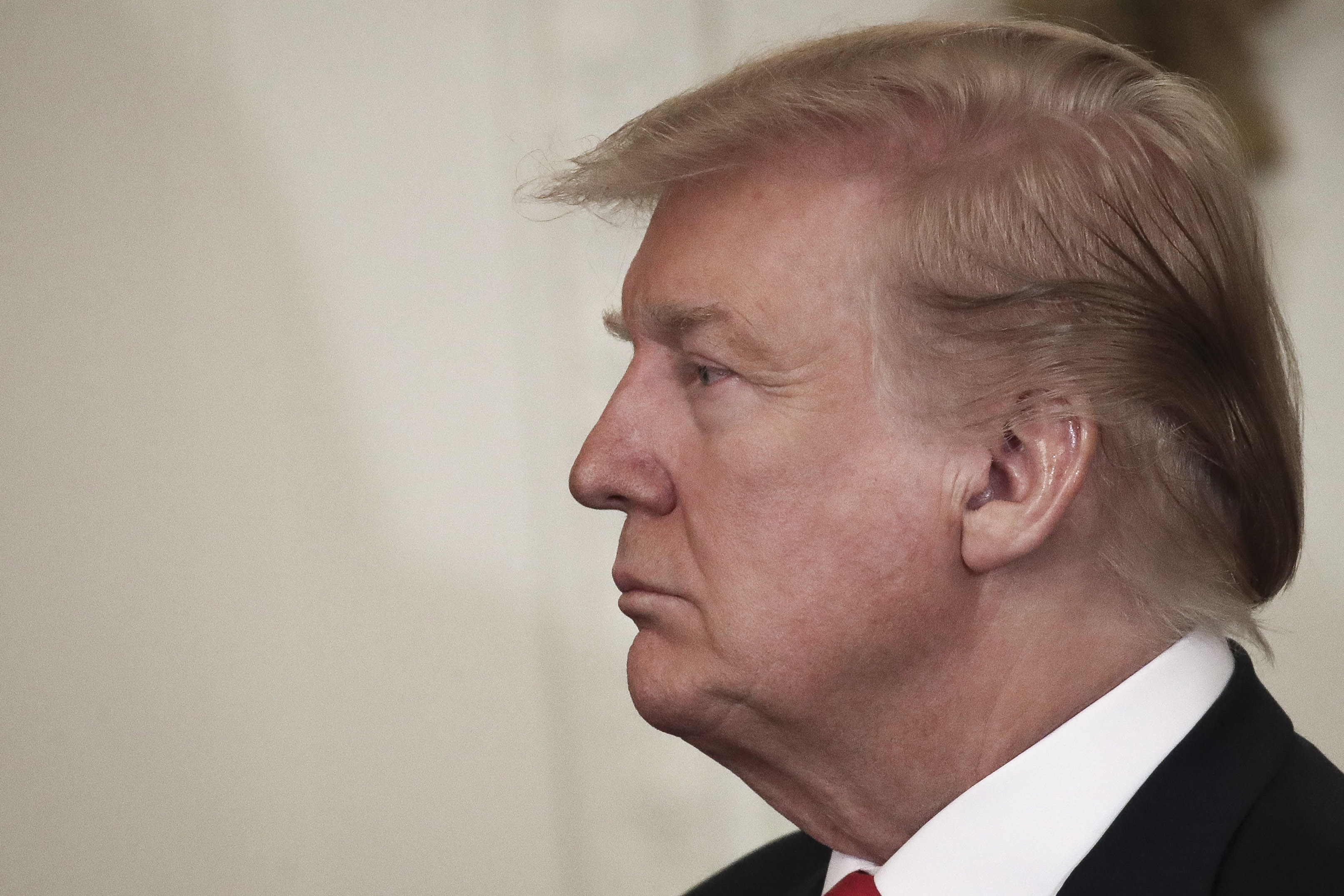 Hours after Joe Biden posted an online video announcing his 2020 White House bid, President Donald Trump responded on Twitter. “Welcome to the race Sleepy Joe,” Trump taunted the former vice president on Thursday. “I only hope you have the intelligence, long in doubt, to wage a successful primary campaign.”

As early as last fall, Trump was talking privately with aides about the threat Biden posed: “How are we gonna beat Biden?” he would ask. When reassured that the moderate Biden would never defeat several of his more liberal rivals, Trump has pushed back: “But what if he does?”

The conversations, relayed by a Republican strategist with direct knowledge of the interactions, reflect the president’s assessment that Biden poses the biggest threat to his re-election, uniquely capable of competing with him in the Rust Belt states of Wisconsin, Michigan and Pennsylvania that carried him to victory in 2016.

That may also be because, of the 20 Democrats running for president, none has quite as much in common with Trump as Joe Biden.

The two men share some defining traits. Trump is 72 and Biden is 76. They are generational peers who have appealed to voters with a raw, unscripted approach to politics. Both have a proven ability to win over blue-collar voters without a college education — Americans who were once solid Democrats but who have increasingly migrated to the GOP.

They share some of the same weaknesses, too. Both are famous for talking far more often and for much longer than their aides would like. Both are prone to remarks that induce cringes even among their supporters.

Biden’s official entry into the race capped two years of mudslinging between him and the president. The two senior citizens have even engaged in verbal fisticuffs, with Biden telling a crowd at the University of Miami in March 2018 that he would have “beat the hell out of Trump” if they were in high school, given the president’s crude remarks about women.

Trump responded that the former vice president “would go down fast and hard, crying all the way. Don’t threaten people Joe!”

Biden has been on the president’s political radar for several months. Trump has long known that the former vice president, who considered a bid in 2016, was likely to run in 2020.

As far back as March 2018, Trump was crowd-testing nicknames for Biden, asking audiences whether they preferred “Crazy Joe,” “Sleepy Joe,” or “One Percent Joe” — a reference, Trump said, to the percentage of primary votes Biden had captured during his failed presidential bids.

Trump’s mockery of Biden belies a belief that the former vice president is a true a political threat, according to a Republican strategist close to the Trump campaign. “The candidates he doesn’t talk about, it’s a signal that he doesn’t take them seriously,” this person said.

Indeed, while the news media have recently focused on the Democratic 2020 hopeful Pete Buttigieg, Trump has ignored the young South Bend mayor.

A former White House aide downplayed that notion, saying that while Trump was once almost single-mindedly focused on Biden, his thinking about the 2020 field might have changed given the entry of 19 other contenders into the fold.

But the back-and-forth between Trump and Biden continued on Thursday when Biden announced his candidacy in a video that took direct aim at the president’s character and judgment, denouncing Trump’s initial refusal to condemn white nationalists who rallied in Charlottesville, Va., in 2017 as a “threat to our nation was unlike any I’d ever seen in my lifetime.”

Trump hit back before 9 a.m. with his “Sleepy Joe” retort. He added a warning to Biden that the Democratic primary would “be nasty — you will be dealing with people who truly have some very sick & demented ideas. But if you make it, I will see you at the Starting Gate!”

Inside the Trump campaign, the president’s political team is counting on an increasingly liberal Democratic Party pulling Biden, a lifelong moderate, to the left during what political observers anticipate will be a bruising primary fight.

Biden, who was first elected to the Senate in 1972 at the age of 29, has appeared to acknowledge that drift of the party, telling a crowd in Delaware last month that he has the “most progressive record of anybody” running for the White House.

Tim Murtaugh, communications director for the Trump campaign, said: “It doesn’t matter who comes out of the Democrat convention next year, because whoever it is will be beat up, broke, without a national operation, with a DNC that’s in debt, and saddled with all of the socialist policies they will have adopted in order to win the nomination. Like the rest of them, Biden will have to embrace all of the socialist policies in order to be successful in the leftist field.”

Republican operatives unaligned with the Trump campaign echoed that view.

“The positions that he held in the ’70s, those are all in play. They are an affront to Republicans in 2019, never mind the Democrats, so I just don’t see a lane developing for him,” said Chris LaCivita, a GOP political strategist, citing Biden’s comments and positions from decades ago that are out of step with today’s Democratic Party.

Fresh evidence of that seemed to emerge on Thursday afternoon, when Anita Hill told the New York Times she was not satisfied with an apology Biden offered her privately last month for her 1991 experience testifying before the Senate Judiciary Committee, which Biden chaired at the time, after she accused then-Supreme Court nominee Clarence Thomas of sexual harassment.

“I cannot be satisfied by simply saying I’m sorry for what happened to you,” Hill told The New York Times. “I will be satisfied when I know there is real change and real accountability and real purpose.”

“Joe Biden is Jeb Bush of this cycle,” said House Minority Leader Kevin McCarthy (R-Calif.), comparing Biden to the former Florida governor crushed by Trump in the 2016 GOP primary. “The party has passed him by. He got in too late, I don’t think he can capture the nomination, and his high point is today.”

McCarthy, a close Trump ally, said he had discussed all the Democratic candidates with Trump but didn’t think the president was more worried about Biden than other potential challengers.

“He’s no different than the others” to Trump, McCarthy said.