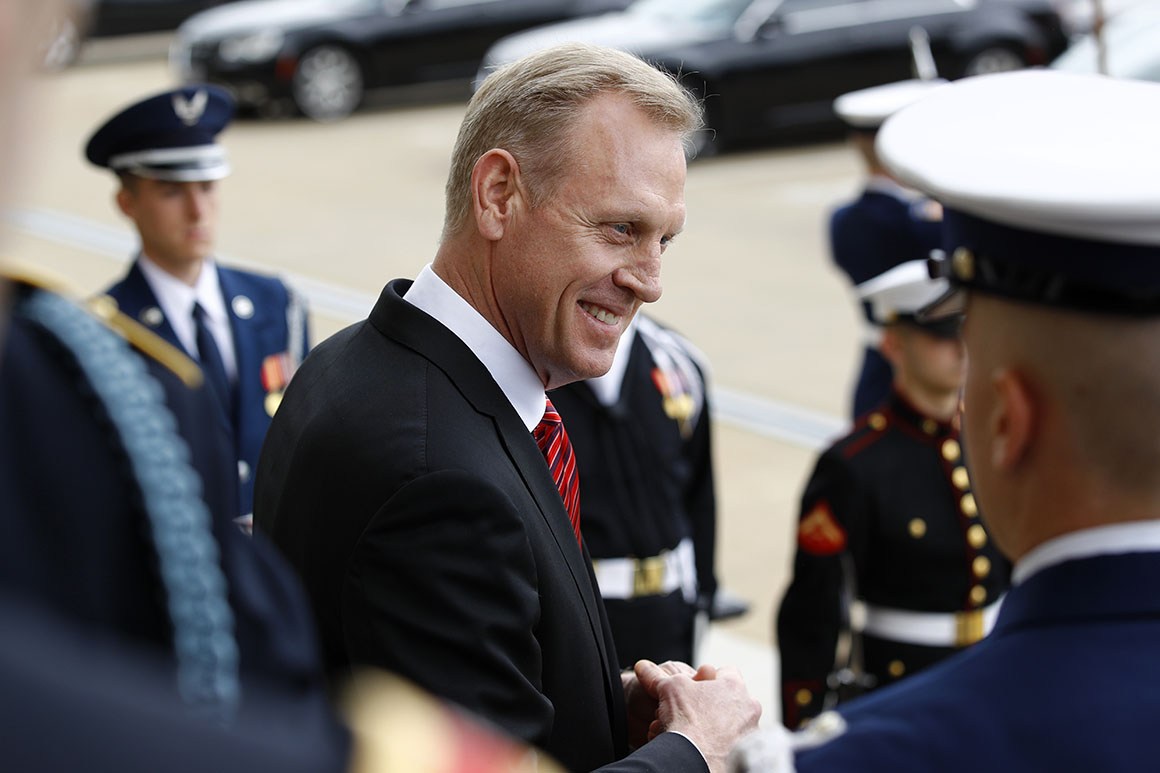 A quarter of the Pentagon’s most senior civilian posts remain filled by temporary personnel who are unconfirmed by the Senate – a high number that has slowed decisions, handicapped the department in policy disputes and shifted more power to the White House, according to recently departed Pentagon officials.

The problem is most acute in the Office of the Secretary of Defense, where Shanahan is one of eight such unconfirmed officials out of 24, including his civilian number two. The department’s number three civilian job, the chief management officer, is also filled on an acting basis.

President Donald Trump himself has said that he prefers having top officials in his administration serving in a placeholder capacity because it gives him "more flexibility." And White House counselor Kellyanne Conway on Wednesday reportedly insisted that "none of the work is impeded" at the Pentagon as a result.

But a host of Defense Department veterans, including some who have worked for the current administration, assert that the lack of permanent, Senate-confirmed civilian overseers is taking its toll on the Pentagon’s ability to operate effectively — from delaying policy reviews to undercutting Pentagon officials in administration debates.

“It’s not a healthy situation,” said Eric Edelman, who was acting undersecretary of defense for policy under George W. Bush before being confirmed and recently co-chaired the National Defense Strategy Commission created by Congress. “You have the appearance of being fully empowered, but it’s like particles below the water line – you can’t see them but that doesn’t mean they’re not eating away at the hull of the ship, undermining the office.”

“You can wind up with someone who’s going to keep the trains running on time rather than make decisions about where the trains should be going," added Eric Fanning, who was acting Air Force secretary and Army secretary in the Obama administration before being confirmed for the latter and now runs the influential Aerospace Industries Association.

In addition to the top positions of secretary, deputy secretary, and chief management officer, other posts lacking a Senate-confirmed occupant include an assistant secretary who works with the military officers of the Joint Staff to implement White House directives and represent the Pentagon in deliberations with the State Department and intelligence agencies.

The undersecretary, deputy undersecretary, and assistant secretary of defense for readiness are also all unconfirmed, despite a major Pentagon push to ensure that military units are fully equipped with troops and that enough aircraft and other weapon systems are available and usable. The Pentagon has also had an acting inspector general responsible for rooting out waste, fraud and abuse, for more than three years.

The Pentagon, at least officially, maintains that all is well. “Secretary Shanahan is focused on performance, he is focused on the job. He is not focused on the title,” said his spokesperson, Lt. Col. Joe Buccino, in a statement, adding that Shanahan “is in the process of finalizing personnel actions” for some of the positions.

But the high number has empowered the White House relative to the Pentagon in several key policy debates, said a recently departed Pentagon official who asked not to be identified discussing internal deliberations.

“It leaves the department at a real disadvantage” in policy debates, the former official added — including during a recent dispute over whether to designate Iran’s Islamic Revolutionary Guard Corps a terrorist group.

During those deliberations over the winter, the White House overruled the concerns of several top Pentagon officials, including both a confirmed undersecretary and the acting assistant secretary for international security affairs. Shanahan’s status as acting secretary seemed to deter him from standing up for his subordinates’ concerns, the former official said.

“DoD felt pretty strongly about it not being designated, but Shanahan is in an acting role and he’s auditioning for the part, so how much was he going to do?” the former official said.

In the final stage of the discussions, Shanahan allowed his undersecretary of defense for policy, John Rood, to “carry the water” against National Security Adviser John Bolton and Secretary of State Mike Pompeo, who were the main proponents of the provocative move, rather than challenging them himself, according to the former official.

“How much better would that conversation have gone for [the Department of Defense] if you had a secretary who was actually in the seat and confirmed instead of one is still auditioning for the seat?” the former official asked.

During the run up to the Revolutionary Guard decision, the Pentagon’s policy office was also outmatched by the more fully staffed National Security Council staff at the White House. “Who had problems with it? DoD. But who had the robustness of staffing? NSC,” the former official said. “Those dynamics definitely affected DoD’s ability to make its case.”

Within the Pentagon, the military officers of the Joint Staff wound up picking up some of the slack, the former official added.

That also happened with the administration’s 2017 review of its Afghanistan war strategy, according to a second recently departed Pentagon official. They explained that military officers, who are supposed to be subordinate to the civilian leadership, played an unusually influential role.

“In an environment where the uniformed personnel have a little more sway, the [civilian-military] dynamic gets harder when you have a large number of people acting and [‘performing the duties of’] in civilian leadership positions,” the former official said.

Another major policy area affected was the Pentagon’s long-awaited missile defense review, which Trump commissioned in the opening days of the administration but which wasn’t released for two years.

The absence of a confirmed undersecretary of defense for policy during the administration’s first year kept the review in limbo, recalled Edelman, now a scholar at the Center for Strategic and Budgetary Assessments. “The acting was hamstrung and unable to finish the process,” he explained. When Rood was finally confirmed as undersecretary, “he came in and decided to redo the whole thing.”

The military’s hierarchical culture does give acting officials some leeway and deference. “There is an authority that comes with that office that’s difficult to ignore even for a temporary occupant of that office,” said Susanna Blume, a former Obama administration Pentagon official.

“The building responds to people who are in the seat,” agreed Fanning. But that only goes so far, he added.

“When I was the acting secretary of the Air Force, I felt like I was treated as though I were the secretary, but I now see from the outside that there is a perception issue,” he explained.

Indeed, the bureaucracy can more easily resist a boss who is officially designated as temporary, said Michèle Flournoy, a former undersecretary of defense for policy in the Obama administration.

Shanahan “is trying to drive reform in [Defense Department] business practices right now,” she said. “If there’s anything in that agenda that people in the bureaucracy don’t want, they’re more likely to just try to wait someone out if that person’s tenure is unclear.”

The trend may soon begin to ebb. The nominations of two acting assistant secretaries — for readiness and health affairs — are now on the Senate’s calendar. And Trump is expected by multiple insiders to officially nominate Shanahan as secretary of defense now that he has been cleared by a Pentagon inspector general probe related to dealings with his former employer Boeing.

Still, Trump has sent Congress just a handful of nominees to fill defense-related posts so far this year. And as long as Shanahan’s status remains in limbo, a large share of his subordinates will also likely remain unconfirmed, Senate Armed Services Chairman Jim Inhofe (R-Okla.) predicted.

For now, the prevalence of unconfirmed officials at the Pentagon is another hallmark of how the Trump administration doesn’t follow traditional norms of governing, said Rep. Elissa Slotkin (D-Mich.), a former acting assistant defense secretary in the Obama administration who is now a member of the Armed Services Committee.

“Since the president has said publicly that he actually prefers acting officials because they are not subject to the same scrutiny, it’s opened up a new area for the U.S. government,” she said.

Connor O’Brien contributed to this report.