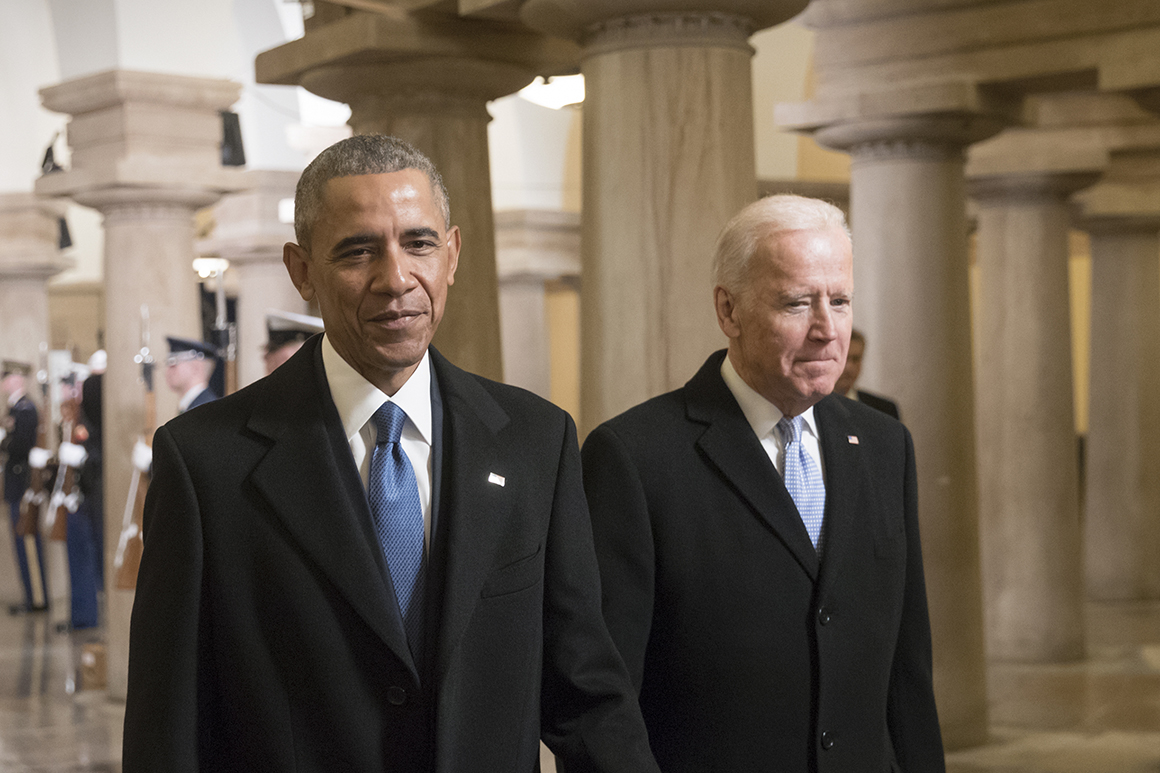 Former President Barack Obama offered some warm words for Joe Biden on Thursday after his vice president officially jumped into the 2020 race, but notably did not endorse him.

“President Obama has long said that selecting Joe Biden as his running mate in 2008 was one of the best decisions he ever made,” Obama spokeswoman Katie Hill said. “He relied on the Vice President’s knowledge, insight and judgment, throughout both campaigns and the entire presidency. The two forged a special bond over the last 10 years and remain close today.”

The cryptic message signals that Obama is likely to follow the precedent set in 2016, when he did not endorse any candidates during the primary despite his former secretary of State’s presence in the race. But the former president has largely stayed out of the 2020 primary as the sprawling field of candidates continues to grow, with Biden becoming the 20th Democrat to throw his hat in the ring.

Biden, like Clinton in 2016, is placing his marker in the campaign as an heir of sorts to Obama and the relative stability of his time in the White House, hitching his fortunes to the beloved former president as one way to break through the most diverse primary field ever as a septuagenarian white man.

Obama has met with several 2020 candidates, even offering his advice, The New York Times reported earlier this year, but no endorsement.

David Axelrod, a top adviser to Obama, argued against reading too much into the former president’s lack of endorsement prior to Biden officially jumping in.

“The custom for former presidents is not to endorse presidents. The expectation that he would, I find kind of baffling,” he said, adding that Obama generally believes a competitive primary will weed out the strongest candidate.

Whether Biden is able to leverage his close relationship with Obama to win a primary crowded with Democrats racing to the left remains to be seen, but the former vice president has led the pack in nearly every national and early state poll for months without having officially jumped into the race.