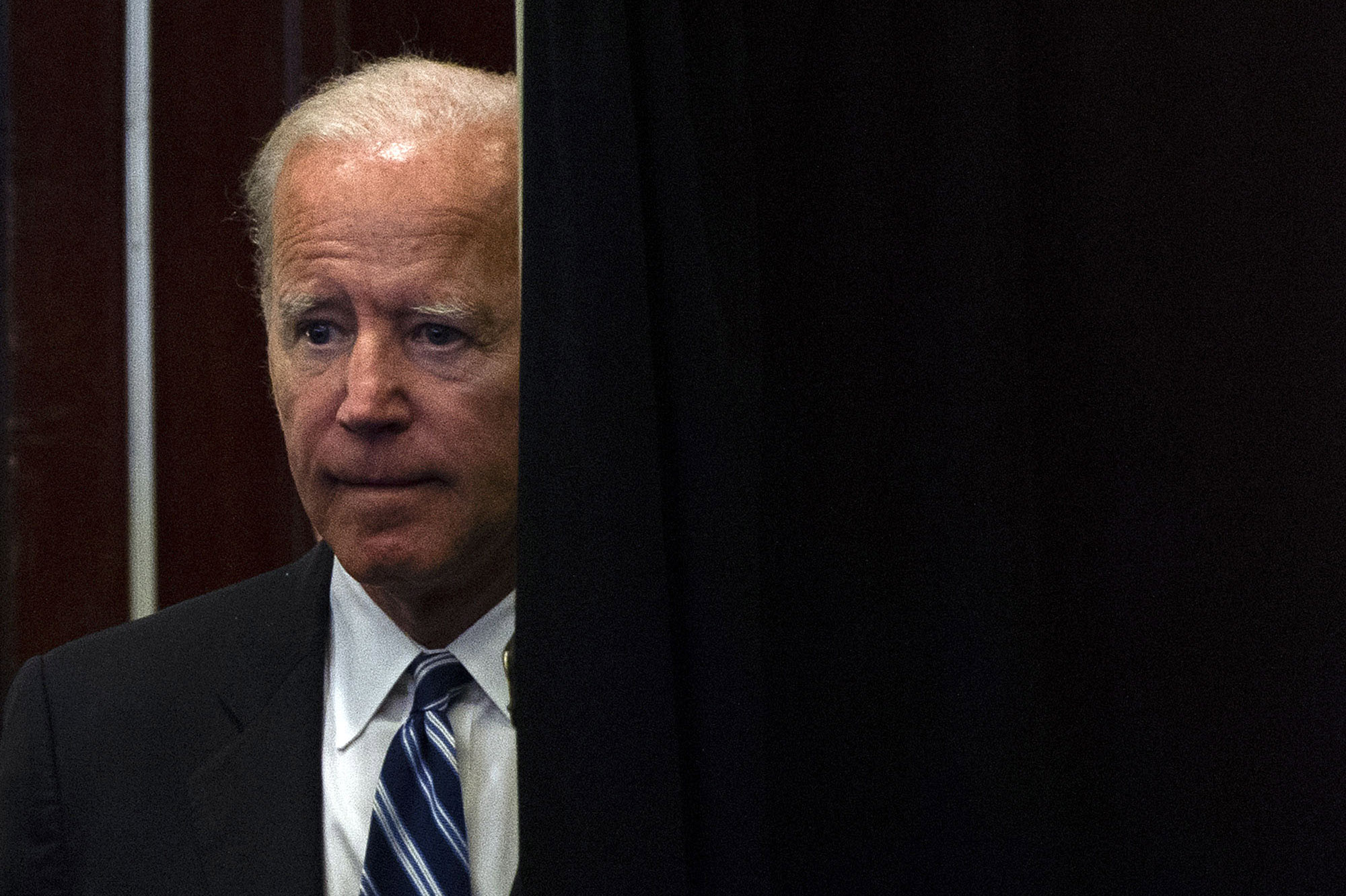 It may seem like the 2020 presidential campaign has been underway forever but in some profound sense it only began for real at 6 a.m. on Thursday. There is only one person in the Democratic field whose life story—no matter the outcome of this election—already has an epic trajectory, and that is Joseph R. Biden Jr.

There are ample reasons to doubt whether 2020 will at long last reward Biden with the prize he has craved for decades. But, after months of waiting, it’s now clear that no rival on the long roster of Democratic contenders will make history without first surmounting the one whose singular combination of achievements and setbacks has already invested him with historic stature.

Everyone remembers, of course, that Biden at age 76 is an older guy who has been at this game a good long time. But we have become so accustomed to presidential candidates who are old by historical standards—Elizabeth Warren (69) Bernie Sanders (77), Donald Trump (73)—that it is easy to forget the astonishing arc of the former vice president’s tenure on the national stage. No major presidential candidate in history has spent longer in public life—or presented so many different incarnations in the pursuit of power.

Like Pete Buttigieg, Biden was once someone who caught the attention and envy of elders with his youth and audacity. That was when he won election to the Senate just shy of his 30th birthday in 1972, almost 10 years before Buttigieg was born.

Like Beto O’Rourke, Biden once believed that presidential campaigns should be sent aloft on the power of dazzling rhetoric and inspiration. That was in 1987, when O’Rourke was 15, and Biden’s first run ended embarrassingly when it turned out some eloquent passages of his speeches were cribbed from British politician Neil Kinnock.

Like Amy Klobuchar (among others, and at least so far), Biden knows what it is like to be a chopped-liver candidate—amply qualified by resume but attracting little interest compared to less-credentialed but somehow more exciting rivals. That was in 2008, when Biden moved the needle hardly at all in his campaign against Barack Obama, who had joined him in the Senate just three years earlier. Biden was 66 when he became Obama’s vice president. (The oldest person ever to assume the vice presidency was Alben Barkley, elected with Harry Truman in 1948, at age 71.)

Like many in his generation of Democrats, Biden was inspired by John F. Kennedy. Think of this: Biden’s 48 years in public life are already two years longer than JFK’s entire life.

That reality reflects a trend that goes well beyond Biden. A combination of rising longevity and changing cultural expectations have created a new norm about age that seems commonplace now but is arresting in historical context. People under age 45 would have no contemporaneous memory of how big a deal it seemed in 1980 that someone as old as Ronald Reagan would seek the presidency and win it just shy of his 70th birthday. But none of the other old candidates in the race have enjoyed proximity to serious political power for as long as Biden.

Many people remember in high school reading names in history books of people who never became president but kept cropping up in chapter after chapter. Wait—is that the same guy? Or did he have a son? Biden has been hanging around Washington for longer than Henry Clay or John C. Calhoun (40-plus years for each) in the first half of the 19thcentury, or than William Jennings Bryan did for 35 years starting in 1890. Franklin D. Roosevelt, who first became well-known as assistant navy secretary in 1913, was a national figure for 32 years before dying in the fourth term of his presidency at age 63—13 years younger than Biden is now.

Unlike these historical figures, Biden is not powerfully associated with a particular idea or policy landmark. It is in simply human terms that his life takes on novelistic dimensions. He buried a 1-year-old daughter, Naomi, after a car accident that also claimed his first wife just weeks after his first Senate election. He buried a 46-year-old son, Beau, felled by cancer in 2015.

Buttigieg’s age invites speculation about what he will be up to in 2058, when he will be Joe Biden’s current age. One certainty about Biden’s story, by contrast, is that it will soon reach its denouement.

This infuses an element of drama into Biden’s effort that compensates for what his candidacy may lack in glamour or freshness. He’s already made history, but it is unclear yet how the journey ends.

For the moment, the closest historical parallel to Biden may be Hubert Humphrey. He also landed on the national stage as a garrulous young man with an aura of insurgency, and in due course became vice president and a representative of a political establishment whose time had passed. The question that haunted Humphrey’s last years was what might have been. Many believe that if the 1968 campaign had lasted another week his slow-starting campaign would have managed to beat Richard Nixon.

That’s the question that haunts Biden and his sympathizers, too: What if he had not deferred to Hillary Rodham Clinton and run for president in 2016? If Biden had won the nomination, it is hard to see Democrats losing Pennsylvania, Ohio, and Wisconsin, and Trump becoming president.

Being a vice president has rarely offered a free walk to the presidential nomination—Walter Mondale had his Gary Hart, and Al Gore had his Bill Bradley. It is a sign of doubts about whether 2020 is really Biden’s moment that he has some 20 rivals.

On the other hand, polls show he remains at the front of this long line. If Biden were to answer the doubts and become president in January 2021, it would be a tale of perseverance and delayed triumph without precedent in the 58 presidential elections since the office was created.