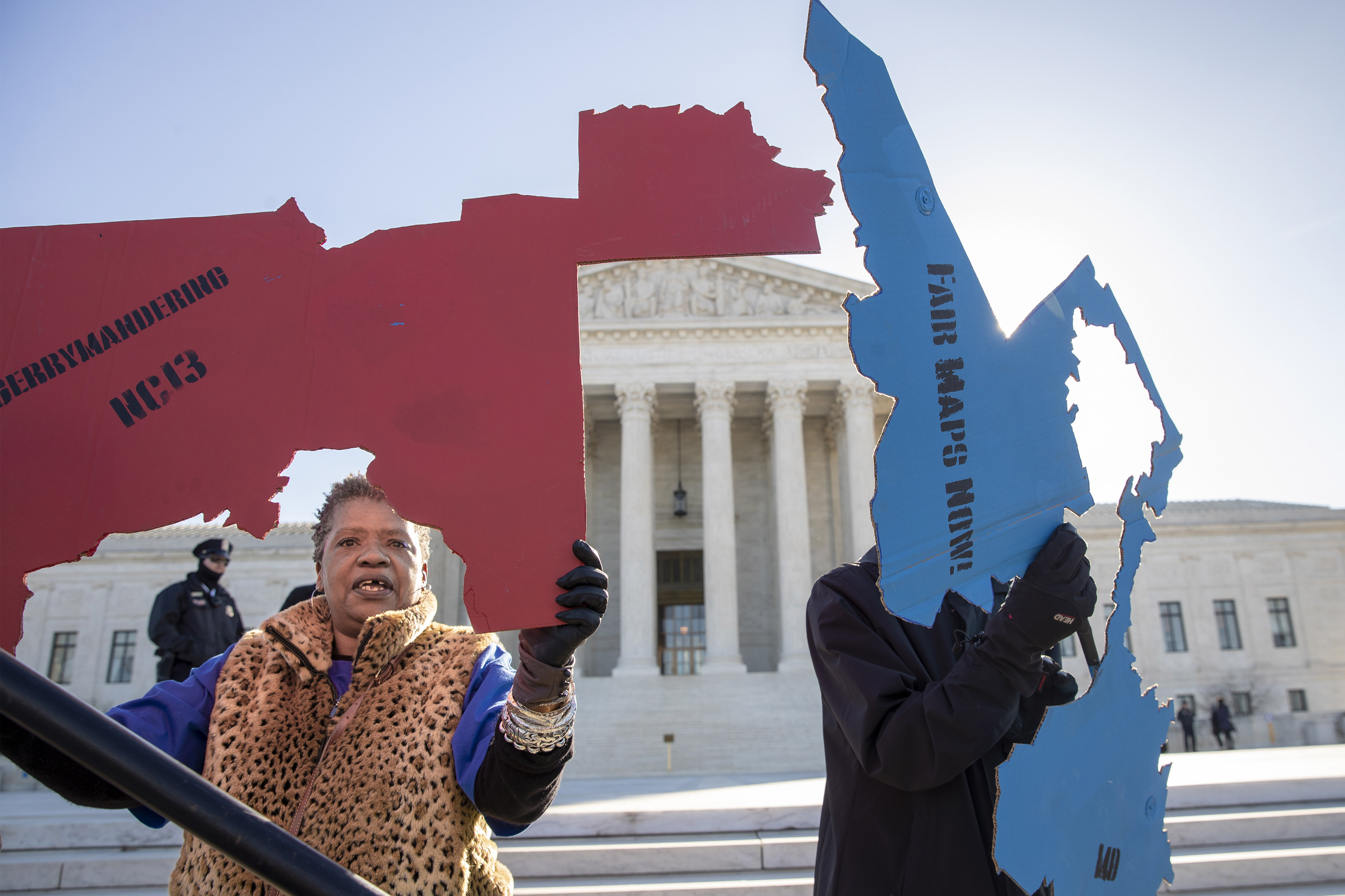 Federal judges threw out Michigan’s congressional and state legislative maps on Thursday, calling them unconstitutional partisan gerrymanders — but the outcome of cases already pending at the Supreme Court will likely determine whether Michigan redraws its districts before the 2020 election.

A three-judge panel of the U.S. District Court of Eastern Michigan ruled that Republicans who drew districts for Congress, state Senate and state House violated the 1st and 14th Amendment rights of Democratic voters by packing some into overwhelmingly Democratic districts, while others were “cracked” into Republican-leaning districts. All of those decisions were intended, the court found, to maximize Republicans’ partisan advantage.

“Today, this court joins the growing chorus of federal courts that have, in recent years, held that partisan gerrymandering is unconstitutional,” wrote Judge Eric Clay, who was appointed by President Bill Clinton. Clay was joined in the decision by Judge Denise Page Hood, another Clinton appointee, and Judge Gordon Quist, who was appointed by President George H.W. Bush.

But, as in other states, the fate of Michigan’s maps — especially its congressional map — almost certainly lies in partisan gerrymandering cases already argued at the Supreme Court.

The timing of a map redraw in Michigan suggests the state’s process may not proceed if the Supreme Court rules partisan gerrymandering is permissible. The Michigan court is giving the GOP-controlled state legislature and the state’s Democratic governor, Gretchen Whitmer, until August 1 to pass and sign into law new maps to be used in the 2020 elections. (Special elections would be needed in some of the state Senate districts, since state senators serve four-year terms.)

If the two parties can’t agree on new maps by August 1, the court says it will redraw them itself.

Despite the uncertainty in Washington, anti-gerrymandering advocates celebrated Thursday’s decision.

“Today is a great victory for the voters of Michigan and for our democracy,” said Judy Karandjeff, president of the League of Women Voters of Michigan, the plaintiff in the case. “The state will now draw new district lines before the next federal election, which now will better reflect the makeup of the voters — not the interests of the politicians.”