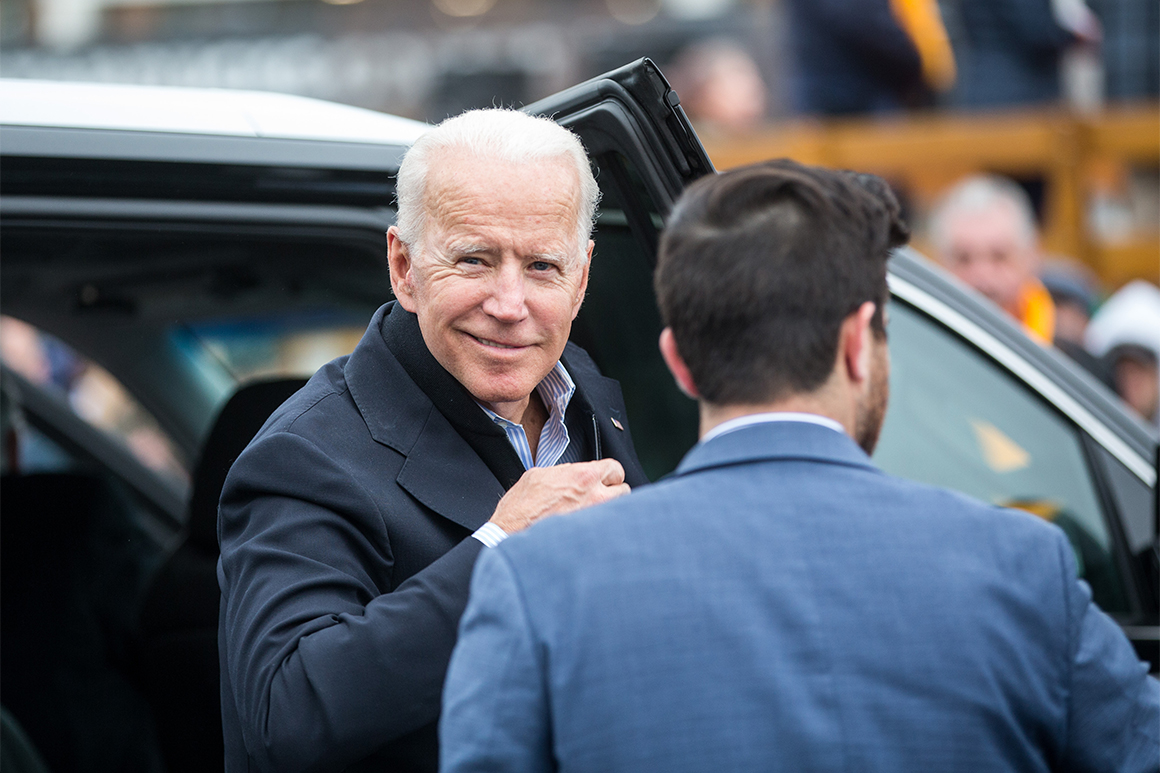 When Joe Biden ran for president in 2008, his campaign raked in checks from Washington lobbyists as well as PACs affiliated with corporations such as Bank of America, eBay and T-Mobile.

This time around, the former vice president has followed the lead of other Democrats running for president and sworn off contributions from registered lobbyists and corporate PACs. But he’s still getting help from K Street in other ways.

Biden held his kickoff fundraiser at the home of a Comcast executive who, while not registered as a lobbyist, oversees the company’s lobbying efforts. Stuart Eizenstat, a Washington lawyer who was registered to lobby until recently, told POLITICO he planned to advise the campaign on foreign policy. And several of Biden’s former aides now work on K Street. While those who are registered as lobbyists can’t write campaign checks, those who aren’t registered are free to do so.

“If Biden runs, I’ll be working as much as time allows for him,” Eizenstat said in an interview before the former vice president announced his bid. Eizenstat, a senior counsel at the law and lobbying firm Covington & Burling who was registered to lobby as recently as last year, said he didn’t consider himself a lobbyist and hadn’t contacted a member of Congress in years.

The dynamic highlights the tension many Democratic presidential candidates are facing this year as they try to distance themselves from moneyed interests but also raise record amounts of cash, which they’ll need to compete in a crowded primary and eventually take on President Donald Trump.

Biden, who doesn’t have the track record of some of his Democratic rivals of raising money online from small donors, may be feeling that tension more than most. At the same time he was hold a fundraiser Thursday at the Philadelphia home of David Cohen, the Comcast executive, Biden’s campaign was also running ads on social media encouraging supporters to “chip in $5” to “show everyone the strength of our movement.”

Biden’s campaign didn’t respond to a request for comment.

Biden’s decision to reject money from corporate PACs and lobbyists isn’t surprising; President Barack Obama’s campaign abided by the same restrictions while Biden was on the ticket.

"Every time a leader running for the highest office in the country rejects corporate PAC money, it’s a win for the American people and a blow to special interests,” Patrick Burgwinkle, a spokesman for End Citizens United PAC, which encourages Democrats to reject corporate PAC money, wrote in an email to POLITICO. “Vice President Biden is sending a powerful message to Americans about who he would be accountable to as President."

One reason Biden is popular on K Street is that he was known as a Democrat relatively friendly to corporate interests while he was in the Senate. Sen. Elizabeth Warren (D-Mass.) repeatedly attacked Biden when she was a law professor for backing a bankruptcy bill championed by credit-card industry lobbyists.

But Biden wasn’t viewed as particularly close to lobbyists during his decades in the Senate and eight years as vice president, according to several Democratic lobbyists who know him.

Biden’s habit of commuting back and forth to Delaware each day left him with little time to hobnob with lobbyists at breakfast fundraisers or happy hour receptions. Hailing from Delaware meant he didn’t need to raise as much money as senators who represented larger, more competitive states.

Still, Biden’s staff “was always professional and available and open-minded” about hearing out lobbyists, Johnson said.

His reputation as willing to listen to lobbyists could make him more palatable on K Street than Democratic rivals like Bernie Sanders and Warren, who have sharply criticized corporate America.

Several of Biden’s top aides have ended up in key spots on K Street as well.

Some won’t be able to write checks for his campaign in 2020. They include Tony Russo, who’s now the top lobbyist for T-Mobile; Jeffrey Peck, a lobbyist who represents clients such as Anheuser-Busch and Deloitte; and Chris Putala, who lobbies for clients including Comcast, Oracle, Sprint and T-Mobile. Biden is so close to Russo that he’s described him as a “third son,” according to The Washington Post.

Others who’ve wound up in the industry aren’t registered to lobby, meaning they could donate to Biden.

Danny O’Brien, for instance, a former Biden chief of staff while he was in the Senate, is now Fox’s head of government relations but is not a registered lobbyist. Alan Hoffman, a former deputy chief of staff to Biden while he was vice president, is now an executive vice president at Herbalife, the nutritional supplement company, where he oversees its lobbying work but isn’t a registered lobbyist himself.

Neither of them responded to queries about whether they’d give money to their old boss.

Some lobbyists have expressed frustration that so many Democratic presidential candidates won’t take their money.

Al Mottur, a Democratic lobbyist who raised $1 million for Hillary Clinton’s campaign in 2016, said the Democrats who aren’t accepting checks from lobbyists are, when viewed as a group, leaving millions of dollars on the table.

Mottur hosted fundraisers in the past for Sens. Kamala Harris (D-Calif.), Cory Booker (D-N.J.), Amy Klobuchar (D-Minn.) and Kirsten Gillibrand (D-N.Y.) — all of whom now refuse to take contributions from lobbyists. He said he’d be happy to contribute to their presidential campaigns.

“I’m frustrated I can’t,” he said in an interview.