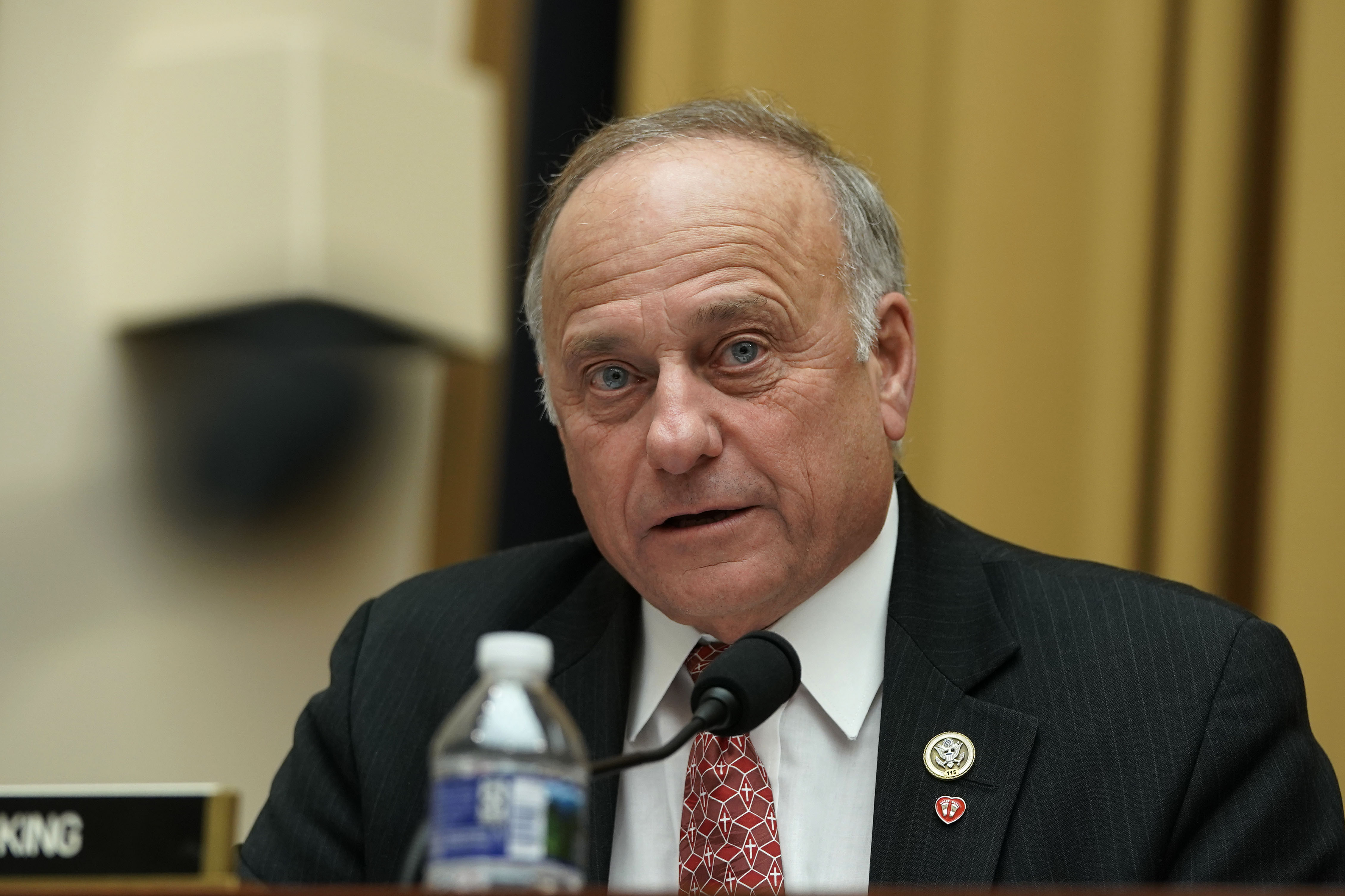 Congressman Steve King said Tuesday his that his recent ostracization by his House colleagues for defending white supremacy has made him identify with the strife a more famous leader went through some 2,000 years ago: Jesus Christ.

The exchange took place at a town hall event in Iowa, when one attendee stood up to tell the nine-term Republican that in her view, “Christianity is really being persecuted, and it’s starting right here in the United States.”

In his response, King told her that after being formally censured by the House and stripped of his committee assignments, he had gleaned insight into what Jesus went through before his crucifixion, referring to his House colleagues as “accusers.”

“It’s been, for all that I’ve been through, it seems even strange for me to say it, but I’m at a certain peace, and it’s because of a lot of prayers for me,” he said. “And when I had to step down to the floor of the House of Representatives and look up at those 400-and-some accusers — you know, we’ve just passed through Easter and Christ’s Passion — and I have a better insight into what he went through for us, partly because of that experience.”

King continued, saying the experience made him thankful for the fellow Christians in his district and had opened his eyes to how it’s possible to draw biblical parallels in the modern day.

“I’m grateful that we are the people we are and we not only — we have a strong Christian ethic here and a high percentage of people that are true believers, we have all of that going for us, but it’s also in our culture," he said. "And we don’t think about it very often, how much the Christian faith echoes through who we are as a people.”

King was roundly rebuked in January when he asked, in an interview with The New York Times, how terms like “white nationalist” and “white supremacist” became “offensive.” The House overwhelmingly passed a resolution condemning his comments, with King voting in favor of the measure as well.

The congressman has a history of using racist and denigrating rhetoric about minority groups and immigrants, and has amplified the voices of personalities on the right fringe where much of that rhetoric can be traced back to. His rhetoric on race had been mostly tolerated by his colleagues until the Times interview earlier this year.

But the congressman, despite trying to distance himself from his comments to the Times and claiming he’d been misquoted, asserted later that “I have nothing to apologize for.” He’s resisted calls even from his own colleagues and party leaders to step down and has maintained that he will run for reelection again in 2020.