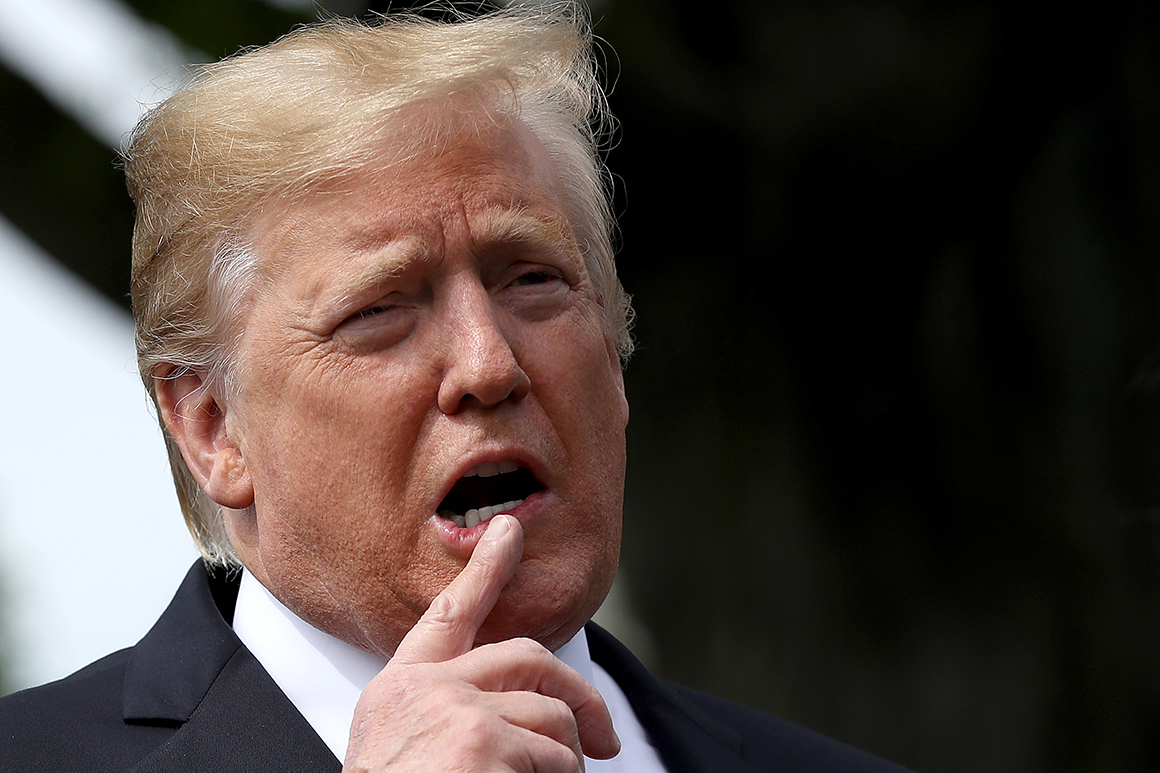 No one enjoys getting impeached, and if it happens to him, Donald J. Trump will be no exception.

On the other hand, it’s hard to imagine any potential target of impeachment in Anglo-American history relishing the fight more than Trump. He’d rather be done with the Mueller investigation in all its permutations, but there’s no one better suited to being at the center of a harshly partisan, deeply personal political and legal donnybrook that will ultimately be just for show.

Trump famously told his top aides at the beginning of his administration that he wanted them to view each day as a TV episode. Impeachment would be a helluva season, matching a momentous process of American government with low political melodrama.

This may feel like a devolution from the buttoned-up Mueller probe, but the House actually should have been the locus of the Trump investigation in the first place.

Because Justice Department policy says a president can’t be indicted, the Mueller report was never going to reach a legal conclusion about alleged obstruction. The question was whether the president’s conduct constituted an abuse of power that Congress would deem impeachable; in other words, it was a political question.

Congress, then, was always the most appropriate venue for the investigation and disposition of this matter, not the office of the special counsel.

But our habit of transmuting broad political questions into narrow legal ones and Rod Rosenstein’s panicked appointment of Robert Mueller—after the firing of FBI Director James Comey that he participated in—ensconced the probe within the Department of Justice.

Trump was deeply conflicted. He hated the investigation and came up with various schemes to crimp it, all of which came to nothing. At the same time, the White House fulsomely cooperated with Mueller. It was a twilight struggle between the president and the special counsel, with Trump not able to fully fight what was, in effect, an impeachment inquiry because any wrong move would be interpreted as yet another alleged act of obstruction.

Now, the battle is truly joined. The body that is going to make the ultimate decision of what to do about Trump’s conduct, if anything, is on the hook. It is politically accountable. It has to decide what goes too far and what doesn’t go far enough. Should it subpoena Trump’s children? How much energy should it devote to investigations as opposed to its policy agenda? And, of course, should it impeach?

For his part, Trump is liberated to fight like a caged animal, asserting executive prerogatives vis-a-vis the legislature and engaging in flat-out Republican vs. Democrat combat.

Trump would prefer a world in which he’s universally praised, but short of that, this is his element. Despite the perpetual vein of press coverage over the past two years about how he’s on the verge of some sort of breakdown, he’s handled every controversy or fight—no matter how personal or treacherous—with the same straight-ahead aggression, for better or worse.

Weirdly, Trump is almost certainly better prepared and temperamentally suited for thermonuclear war with a Democratic House than he was to get substantive achievements out of a Republican House. He obviously hadn’t thought through an actionable populist-conservative policy synthesis, but he has a lifetime’s experience resisting and belittling enemies and extemporizing his way from one crisis to the next.

There may be no way for him to stop impeachment, certainly not if Nancy Pelosi supports it. But he’ll be at the focus of a historic drama that will rate—or at least be remembered and analyzed—for a very long time. He will have succeeded in making the Democratic House majority all about him, and if not getting convicted by the Senate counts as a victory, it’s a win in the end.

The post-trail tweetstorm would surely be something to behold.