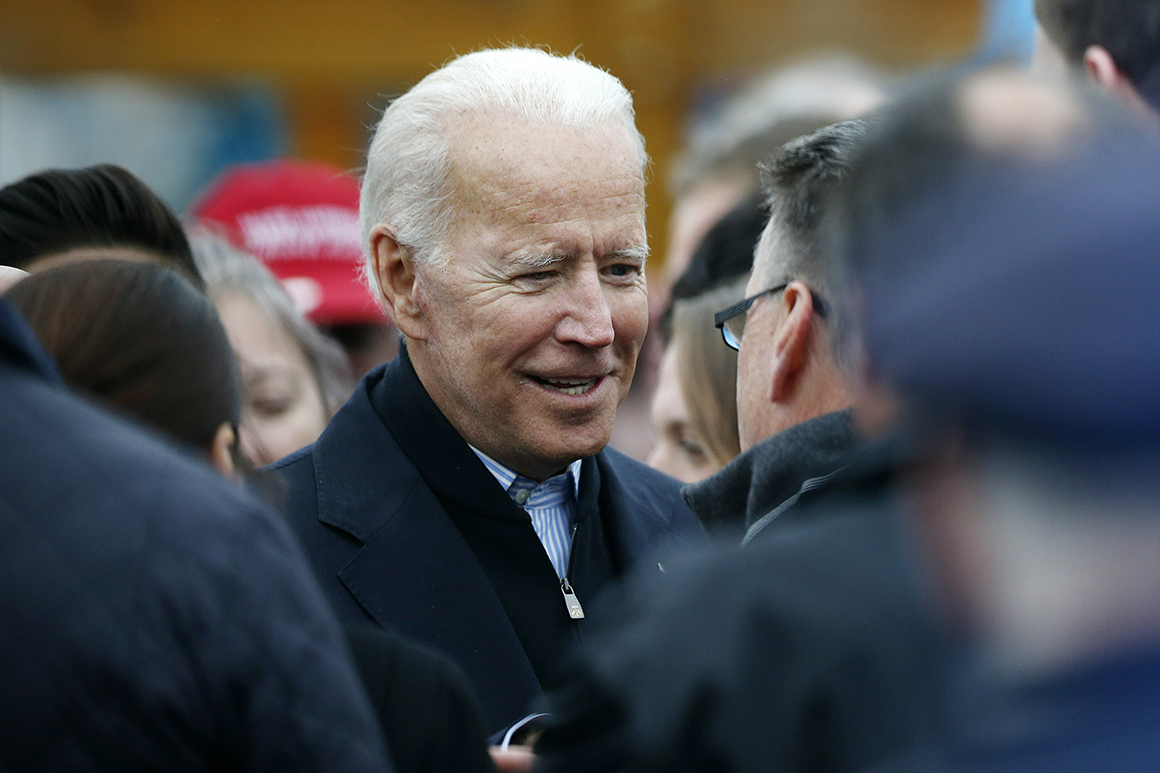 On the eve of announcing his presidential bid, former Vice President Joe Biden raised the alarm about fundraising in a Wednesday conference call with top donors and supporters.

“The money’s important. We’re going to be judged by what we can do in the first 24 hours, the first week,” Biden told the group, according to one of the participants, whose recollections of the quotes were confirmed by two others on the call.

“People think Iowa and New Hampshire are the first test,” Biden said. “It’s not. The first 24 hours. That’s the first test. Those [early states] are way down the road. We’ve got to get through this first.”

Biden — noting that “I hate to do this” in discussing the fundraising — said he would be flying around the country for fundraisers with the participants but urged them to do what they could as soon as possible.

“Do what you can right now,” Biden said.

The former vice president is expected to announce his presidential run in a video to be released Thursday.

On the call, an upbeat Biden said his candidacy was a calling, a duty — and that it’s not just Democrats or Americans who want him to run to stop President Trump.

“I get calls from people all over the world —world leaders are calling me — and they’re almost begging me to do this, to save the country, save the world,” Biden said. One of the participants on the call stressed that Biden wasn’t making it sound as if he had a messiah complex, but rather that world leaders are looking toward the Democratic Party to defeat Trump, whether it’s Biden or another Democrat.

Biden also made a round of fundraising calls Tuesday, including to top Florida Democratic fundraiser Chris Korge, who told him he was staying neutral in the race for now. But, Korge said, he thinks Biden could win the expectations game when it came to raising small-dollar donations, which are not his forte.

“Joe is going to do a lot better than a lot of people think,” said Korge, Hillary Clinton’s top bundler in 2016. “There’s broad support from him in our party, just look at the polling.”

In addition, he said, Biden can count on some residual goodwill from former donors to President Obama who feel a sense of loyalty to his former vice president.

“I think it’s fertile ground,” said Dick Harpootlian, a South Carolina state senator and one-time chair of the state Democratic Party, who will be playing an on-the-ground role in Biden’s campaign. “I did some calling yesterday, I found some $30,000 to $40,000 low-hanging fruit that wasn’t all that hard to find.”

“I think that might change really quick,” says Cotchett, who says he’ll be active in Biden’s campaign and fundraising in the Bay Area, Oregon, Washington, Nevada and Arizona. “I think he’s going to get on the street and you’re going to see a lot of people moving towards him when you finally convince them that he can beat Donald Trump.”

Prominent Florida Democratic donor John Morgan, who also spoke Tuesday with Biden and was on the Wednesday conference call, said the former vice president sounded “positive” on the call. He said Biden is realistic about the challenges ahead, but he’s not “worried” about fundraising.

“He sounds ready to go. We know him and love him and he’s the candidate of sanity with the best chance to win,” Morgan said. “He wanted my help and I said, ‘tell me when to have a fundraiser.‘”